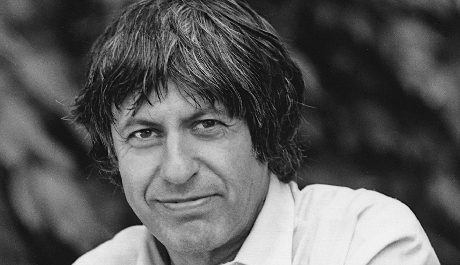 Ivan Klíma has never been the most wildly imaginative or linguistically inventive Czech writer, but over more than four decades he has carved out a place for himself in literary history with a clarity of vision expressed through enveloping human narratives based on a solid moral foundation. Klíma’s greatest strengths as a writer are on display in his memoir, My Crazy Century. In a life under two regimes, from a Nazi concentration camp, through four decades of communist oppression, including the inability to publish officially in his own country, and culminating with the surreal events of the Velvet Revolution, Klíma seems to have persevered with steady wit and Zen-like calm.

A best-seller and winner of the prestigious Magnesia Litera Award for non-fiction when it was published in 2009 in Czech, My Crazy Century (Moje šílené století) is a condensed version of the original two-volumes. The English version, translated by Craig Cravens, begins with Klíma’s war-time childhood in the Jewish internment camp Terezín, and concludes just after the Velvet Revolution in 1989. Along the way, Klíma describes his life and the volatile history of Czechoslovakia, a nation that was used as a roadside inn for succeeding occupiers throughout most of the 20th century. At the same time, Klíma reveals the genesis of his most important works, and recalls warmly his relationships with Václav Havel, Milan Kundera, Philip Roth, Arthur Miller, and many other cultural luminaries. The following passage from Terezín is representative of the horrors of Klíma’s war years, but also his arid wit, which he seems to have inherited from his father, an engineer:

The SS men ran about, shouting at those who had fallen, kicking them till they stood up again. They kept on counting but they seemed incapable of arriving at a final tally because, as Father said, they were trained to kill, not count. Late in the evening one of the SS officers in command gave the order to return. We all crowded in through the gates, eager to be back in our smelly flea-bitten holes. As bad as they were, they were our homes.

When asked years later by an American journalist why Klíma’s family survived in Terezín when most of his contemporaries were shipped away to almost-certain death, he replied with the frankness that permeates this book, writing “It’s a strange world when you are called upon to explain why you weren’t murdered as a child… To the question of how I survived, I can reply with certainty that I cannot take the least credit for it.”

Besides Klíma’s survival of the war, one of the most intriguing aspects of his biography is that he was a rather successful playwright in foreign countries during the communist era, and thus had several changes to escape the regime. Though he traveled to see productions of his plays — to Germany, to London, to the US — he always returned to Prague. His description of his first trip, to Germany, explains why:

When I was finally alone in my overly luxurious hotel room with a television set and six towels, I realized that it wasn’t fame I longed for. I wanted to say something to people at home about what I was feeling and going through with them. If I lived here, I’d probably feel something completely different and therefore write about completely different things that would make an impression on Germans.

In London when the Red Army invaded Prague in 1968, brutally crushing the Prague Spring era of “socialism with a human face,” Klíma again returned to his homeland. When I interviewed him in 2012, Klíma insisted that a writer separated from his language is irrevocably lost, suggesting that there was no possibility for him to stay outside of the country if he wanted to remain a writer. It is a statement that both contrasts the relative scarcity of the Czech language with the ubiquity of English, and also elucidates the core Czechness at the heart of Klíma’s literary project.

Returning to Prague, Klíma wrote without the possibility of publication. But he was soon granted another reprieve, when he was invited to the University of Michigan for the production of one of his plays. Knowing he might not be allowed back into his country, he took his family to the US. Once there, he was invited to teach for a year, an offer he accepted. When the regime cancelled his travel permit suddenly, he returned with his family, this time to become the lynchpin of the literary underground. Organizing salons at his house and starting, with Ludvík Vaculík, the underground press network known as samizdat, Klíma would, until the end of communism, be one of the most significant literary figures of the Czech underground. It was a period, Klíma writes, when “it was no longer democrats versus followers of the revolutionary dictatorship, Communists versus non-Communists. Instead it was those who were trying to hold on to power versus those who wanted to think and act more freely.”

This realization took 20 years to permeate Czech society, and gave force to the public uprising that ended with the overthrow of the regime.

One of Klíma’s key short texts from this period, an essay called “The End of Civilization,” captures both the sense of despair and the stubborn hope of Czech dissidents during the normalization period. Looking toward a future after communism, Klíma writes:

People will enjoy silence and hear birdsong. Of course their lives will be more difficult and precarious. The foolish dream of utopians who believed that man would be made happy by being freed from the need to work will be forgotten, as will refrigerators, air-conditioning, aircraft, nuclear reactors, printing presses, artificial lungs, automatic washing-machines, television sets, rockets, and bugging devices. This crazy century, when man, in a meaningless effort, raised himself so high that he managed to escape the planet, will increasingly blend with legends and fables from an earlier time.

As one of the few Czech writers who experienced life on both sides of the Iron Curtain, Klíma was in a unique position to explicate the failings of human society, not simply communist society. This passage, with its elucidation of the ironies of mid-century dreams of better living through technology coupled with the deprivations of totalitarianism, is perhaps prophetic (though it does not foresee the true insanity that is the 21st century). Klíma’s writing is a moral man’s reaction to the politics of his time. Only rarely does his prose rise to this level of emotion, however. Amidst chaos and tragedy, Klíma’s work is always probing, and never proselytizing.

Throughout the book, Klíma is quick to point out the absurdity of the communist regime, and has a lifetime of biographical anecdotes to illustrate his point. Anyone who has entered a Czech household will chortle reading the story of one particular secret police search of Klíma’s house on the outskirts of Prague, when his wife yells at the agents to take off their shoes before they enter:

Amazingly, the entire commando squad took off their shoes and thereby were immediately deprived of some of their superiority. This reminded me that the true horrors of the Stalinist years were over.

Two minor quibbles. The book, which is a condensed version of the two-volume original, seems truncated, ending abruptly after the Velvet Revolution, though Klíma is still writing in his 82nd year. An informative section of essays follows the narrative, developing at greater length Klíma’s thoughts on issues including “Weary Dictators and Rebels,” and “Life in Subjugation,” all of which have direct bearing on his life. What is missing is an index that would allow scholars to easily locate specific events, texts, and people within the book.

Taking its place beside Aleksander Wat’s My Century: The Odyssey of a Polish Intellectual, My Crazy Century is an invaluable text for anyone interested in Czech literature, Central European history, or indeed anyone looking for a handbook on how creativity can survive oppression. Harrowing and humorous by turns, it is an engrossing work of literature and memory. In a 1990 address with that title, Klíma defined a literary work as something that defies death. As the accomplished memoir of a writer who not only survived but flourished under two barbarous regimes, this book defies both death and oppression with stubborn strength and humble swagger.

Read an interview with Ivan Klíma