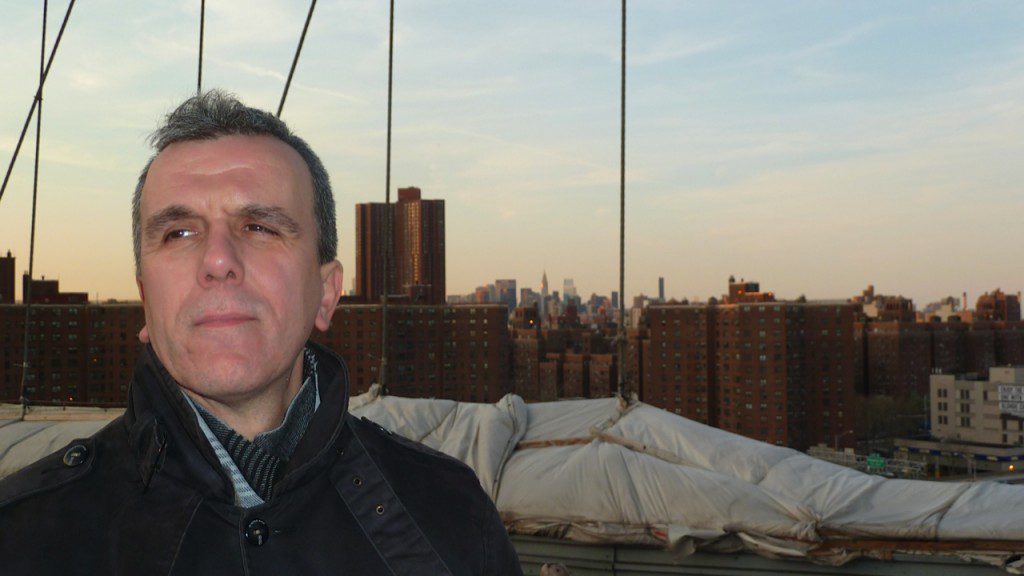 ALL COURSES START IN THE FALL

“I could take up a course or something, perhaps German, I never learned it,” he says on the phone.
She replies: “I think they’ve already started.”

He thinks about it.

All courses start in the fall, when a man has to start something, turn things around, survive.
It’s always great in the beginning, but there’s a point with people like him, people who never make a second payment for their German, karate, creative writing, yoga…
Because, while it’s still fall outside, you happen to be standing alone in the room, looking through the window, you don’t see anything particular, but you just can’t go out.
Outside, the leaves are falling, at least that’s what they say.
All courses start in the fall, how perfidious, how cunning. Afterwards the faces you remember, sometimes, in the town, pass by. They’re almost invisible. Maybe they’re on their way there.
They are still going.
You watch until they vanish completely.

ROBERT PERIŠIĆ was born in 1969 in Split. He is a freelance writer and a journalist whose writings give an authentic view of society in transformation and the (anti)heroes who inhabit it. He is the author of a novel, two collections of short stories, two poetry collection, a play and a screenplay. His novel, Our Man in Iraq (Istros Books, London, 2012; Black Balloon Publishing, New York, 2013) received one of the most important Croatian literary awards from the daily newspaper Jutarnji list. The German edition of the novel (‘Unser Mann vor Ort’) also received the ‘Literaturpreis der Steiermärkischen Sparkasse 2011’ in Graz, Austria. His journalistic articles regularly appear in the respected Croatian weekly Globus and his books have been translated into English, German, Italian, Hungarian, Macedonian, Slovenian, Czech, and Bulgarian.

TOMISLAV KUZMANOVIĆ is the translator of The Death of the Little Match Girl by Zoran Ferić and A Castle in Romagna (with Russell Valentino) by Igor Štiks. His translations of fiction and poetry as well as other writings have appeared in various publications in the U.S., the U.K., Croatia and elsewhere, among others Granta Magazine, The Iowa Review, Ugly Duckling Presse’s 6X6, Exile, Absinthe, Poetry International Web, New European Poetry Anthology, and Dalkey Archive’s Best European Fiction. He earned an MFA in literary translation from Iowa’s Translation Workshop. He also works with the Festival of the European Short Story and currently teaches literary translation at the University of Zadar, Croatia.