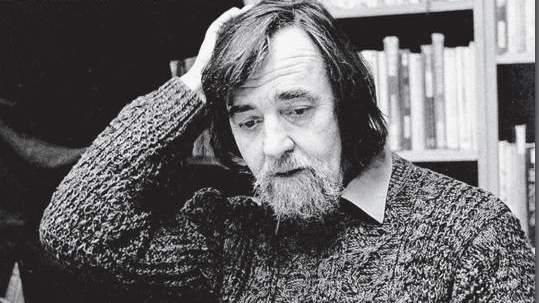 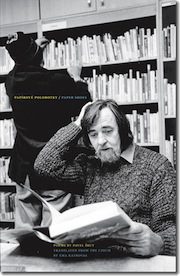 For fifty years, Pavel Šrut has been an essential Czech poet. With the publication of Paper Shoes, wonderfully translated by Eva Katrovas, Šrut has become an essential poet in English as well.

A bilingual edition, Paper Shoes gathers poems from the last four decades, including several originally published only in samizdat, a network of illegal self-publication under communism. The majority of the poems in Paper Shoes follow a central character, Mr. Novak, Šrut’s cipher and a singular, unassuming representative of the human condition. The book, as Šrut writes in “The Story of the First Quest,” tells the story of “some sort of life, some kind of Novak.”

Richard Katrovas rightly points out in his introduction to Paper Shoes that Novak is a kind of modern soldier Švejk, the wise buffoon created by Jaroslav Hašek (or Jan Hašek, as Katrovas misnames him). Like Švejk, Šrut’s protagonist is wise in spite of himself, a man whose intelligence rests on the fact that he knows he’s a fool (or does he?). Novak is too weathered for Švejk’s boisterous optimism, however. Instead, Šrut’s protagonist more closely resembles Mr. Cogito from Zbigniew Herbert’s masterful Polish poems: an intelligent man battered by tides of chance and loss, kept conscious by occasional gasps of bracing insight.

Mothers, don’t keep your little boys
from playing in the dark
with a flickering flashlight

For the story of lust
is so simple:

from dark to light
from light to dark
back and forth

This poem, like much of Šrut’s work, hinges on a basic image which is presented and elaborated upon. Šrut’s manipulation of narrative charges his images with a heavy burden of meaning, and it is only thanks to a stunningly clear presentation that these images are able to bear the intellectual weight they carry. In this case, sexuality, perhaps the most complex emotional concept, is synthesized in the image of light and dark, simplifying but not belittling the subject.

The poems in Paper Shoes largely eschew punctuation, lending a seeming lack of finality to Šrut’s narratives. Also, many of the poems rhyme in the original Czech, but Šrut’s work, especially in English translation, is essentially grounded in image. “Story of the Great Sumac Tree” is one example of how Šrut localizes the human condition in Novak, while grounding abstract themes in simple, evocative imagery.

There was a man
A sumac grew rampant behind his house

They overcame the sumac
But not death

There was a man

He overcame death
But not the sumac

There was a Novak
A sumac grew rampant behind his house

What begins as a banal, almost biblical description takes several surprising, violent turns before concluding in a manner which seems at once ironic and intensely serious. Narrative authority is essential for such serpentine story telling, but Šrut never does the reader’s work. The poem’s images suggest rather than visualize, and contain just enough detail to lend an uncanny familiarity to the narrative, as if it were our own.

Pavel Šrut was unable to publish his poetry for twenty years under communism, despite being considered one of Czechoslovakia’s “official poets” in his twenties during the late 1960s. The nineteen poems contained in the samizdat portion of Paper Shoes capture the tone and tenor of an era which did not exist west of the iron curtain, and as such, are crucial poetic notes from the underground. This poetry is more than historical curiosity, however. An essential volume, Paper Shoes offers English-language readers a glance at the work of a great Czech poet. By expressing the inner life of a classical intellect marooned in communist and post-communist modernity, Pavel Šrut’s poems speak with us, even if they don’t speak for us.

This review first appeared in AGNI