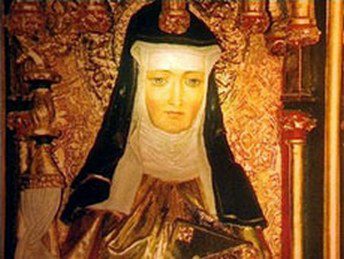 This poem first appeared in the October 2012 issue of B O D Y.

Translated from Welsh by Jon Stone

Drunk with vainglory, idiocy or drink,
every male poet does it, ever to the (let’s be frank)
rolled eyes of educated women;
that is, trill blandishments in paean or sermon
endlessly mapping the female form.
It’s ‘your hair lay on the pillow like a sleepy golden storm’,
‘girl of the golden brow’ and ‘soft wet eyes’,
‘sweet rosy breasts’, something dancing like fireflies,
‘the dunes of her arms’ and ‘moonbeam legs’,
hands that are usually dainty and a smile that snags
the heart, their tongues all the time skirting round
the epicentre, where children are made and cocooned,
and its snug vestibule – so obviously awesome,
the bright broken loop of it, tender-plump blossom,
which I, for one, can rifle at my whim.
Gentlemen, I give you: the knicker-dwelling quim.

They are things of some strength, taking regular beatings,
meticulous courtyards, plumy as bulls’ tongues,
and yes, I’ll say it – every vulva is gorgeous,
with their full and cushiony lips, their deep gorges
outdoing the length of both sprawled hand and spoon
and their dark that engulfs all six inches of hard-on.
O, cunt which doth tarry near the swollen arse!
Thou art the desk on which ought be written verse,
and incarnadined sibling to poetry itself,
(I’d rather read about you than bloody Beowulf!)
And those saintly men, those poor innocent men
should really, whenever offered the chance, summon
the courage to document you thoroughly,
that the poets among them break out in a cacophony
of odes to the cunt, prize-winning epics that chart
your silk and subtle seam. Let’s have a Chanson de la Twat,
a Punanica, a Tale of the Grove Where I Knelt,
where the bard remarks: Such a feast beneath her belt !
Her fuzz was the fuzz of a first rate ballsack,
her welcoming knothole electric and sud-slick !
I say: let the silence end, and bless this bright circle,
this wonderful, shock-haired, sour-proud fuckhole.

GWERFUL MECHAIN (fl. 1462-1500), who lived in Mechain in Powys, is perhaps the most famous female Welsh-language poet after Ann Griffiths (1776-1805), who was also from northern Powys. Little is known of Mechain’s life.

About the Translator:
JON STONE was born in Derby and currently lives in Whitechapel, London. He is co-creator of the multi-format arts journal Fuselit and micro-anthology publishers Sidekick Books. He won a Society of Authors Eric Gregory Award in 2012 and his collection, School of Forgery (Salt, 2012) is a Poetry Book Society Summer Recommendation. He works as a court transcript editor.