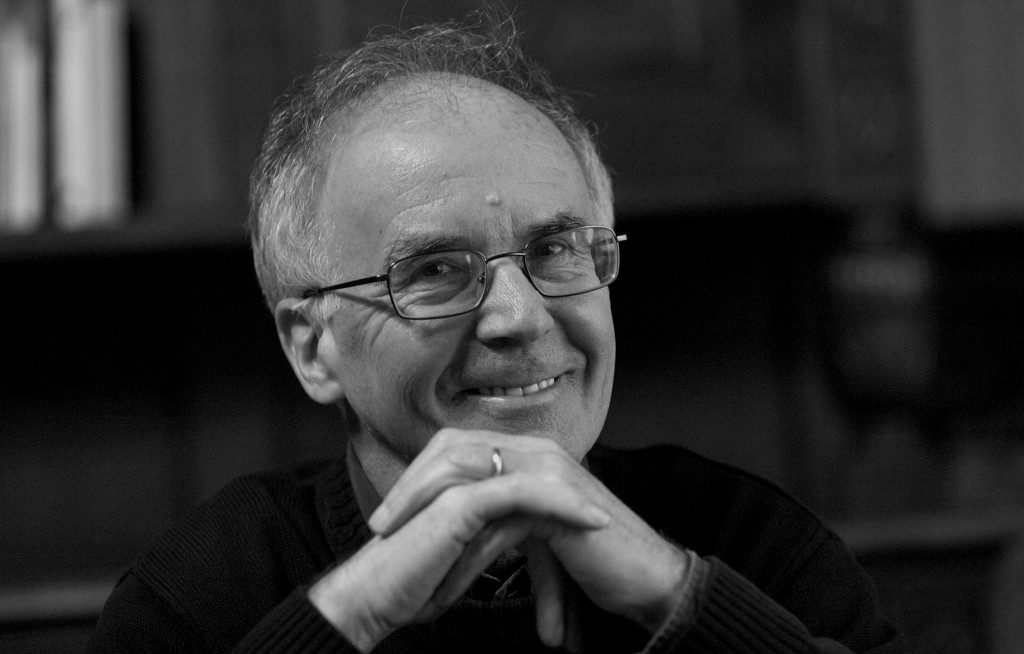 FROM THE EDGE AND THE NIGHT SHE SORTS PEAS FOR HERSELF

My great-grandmother milled an old man
and swallowed him. She dangled from

the terrace. He said: “The pump” and
disappeared. The death also mingles

coffee and wadding. She’s confused all the
more if there’s a wind. She doesn’t like

croissants, that’s known. The death is worn
out, she decants old gasoline. She

loves hardship. The death is also stoned.
Many times. At that we applaud. She

and Baboo make for the trottoir. She pales as
if she made a mistake. There’s no vineyard

here. She sways away. And the heart starts
to clank again like a copper pan.

My man is inspired, pure and serene.
He’s genuine, roaring from happiness every day.
I bore him seven children, he didn’t notice them.
He’s constantly clapping his hands, clapping.

Lu Fu, the emperor, had heard of him, he summoned him.
I gave him a basket full of clothes.
He clapped, he clapped his hands while he left.
He didn’t even kiss me when he left.

I hear his voice, how it spins.
I hear he got gold coins, we’ll buy a garden.
We’ll invite all people, he’ll clap, he’ll clap.
The emperor just shut his eyes, eyes in joy, seeing him,

just seeing him. Day and night I think of him, God,
how is it possible such a man lives, I bow, o Lord, in
front of you, you created such a man. He’s genuine,
truly simple, straight. Pure, splendid and inspired.

And we eat. You give us food, Lord. He’s constantly
clapping, clapping, even if there’s cold outside.
Young hens come on their own in front of the kitchen
dooryard closing their eyes and inclining their heads.

Cut our neck right here, seat us next to the purée.
So he can eat us, so the sacred man can eat us.
So you could eat us, the seven children could eat us.
Well, young hens, do you really mean it? Yes.

Chip, chop, feathers off. Young hens into the pot,
tablecloth on. He’s near, he’s near, the man who
claps and laughs. Every land, every hour brightens my
clapping man. Thee new child, the new colors await him.

TOMAŽ ŠALAMUN lives in Ljubljana, Slovenia. He taught Spring semester 2011 at Michener Center for Writers at The University of Texas. His recent books translated into English are The Blue Tower (Houghton Mifflin Harcourt, 2011) and On the Tracks of Wild Game (Ugly Duckling Presse, 2012). His Soy realidad translated by Michael Thomas Taren is due by Dalkey Archive Press in 2014.

MICHAEL THOMAS TAREN‘s poems have been published in Colorado Review, HTMLGIANT, The Claudius App, and Fence and are forthcoming in Bestoned. He spent nine months in Slovenia on a Fulbright Scholarship (2010-2011). His manuscripts Puberty and Where is Michael, were finalists for the Fence Modern Poets Series in 2009 and 2010, respectively. His book Nile is due by Vagabond Press in Spring 2014.