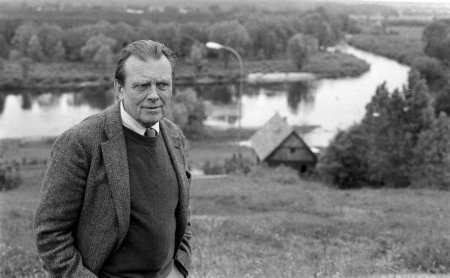 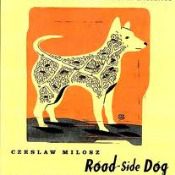 If you’re looking for summer reading that is relatively undemanding yet keenly rewarding, Road-Side Dog, a collection of short poems, prose poems, aphorisms, and anecdotes by Czesław Miłosz (1911—2004), a fountainhead of 20th century Polish poetry, is B O D Y bona fide. Its pocket-sized stature disguises a rhetorical power that is formidable indeed.

The prose forms Miłosz employs here seem to free him from the rhetorical and formal scaffolding of his poetry, allowing keen insights into quotidian moments and objects while remaining unencumbered by the complex demands of verse. Miłosz’s mastery of language and image are foregrounded in these prose works, in which an object as simple as a watering can becomes a symbol of humans’ hope against chaos, and that over the course of just a few sentences. “Watering Can” begins:

Of a green color, standing in a shed alongside rakes and spades, it comes alive when it is filled with water from the pond, and an abundant shower pours from its nozzle, in an act, we feel it, of charity toward plants.

Miłosz then meditates on the image and its place in art, photography, and cinema, and considers how these mediums have affected our perception of objects, encouraging us to endow them with more symbolic meaning than they actually possess. It is a gesture to which the writer himself is not immune, as the piece ends:

The watering can has thus a good chance of occupying a sizable place in our imagination, and, who knows, perhaps precisely in this, in our clinging to distinctly delineated shapes, does our hope reside, of salvation from the turbulent waters of nothingness and chaos.

It is an intriguing metamorphosis Miłosz achieves, as the watering can shifts, in one paragraph, from image to symbol.

Other pieces in Road-Side Dog are pithier. Here is “From My Dentist’s Window” in its entirety:

Extraordinary. A house. Tall. Surrounded by air. It stands. In the middle of a blue sky.

What are we to make of this? A meaningless list of images, or an inconsequential flight of fancy? Perhaps the forced concentration of a man in pain under the dentist’s drill, projecting his discomfort and finding a stubborn serenity in the landscape.

Elsewhere in the collection Miłosz, who was in his mid-eighties when these pieces were published, confronts his enormous body of work. It gives one pause to read these intensely personal reconsiderations, especially in a book that is so filled with aphorisms, which are, after all, snippets of wisdom intended to be disseminated. “To Wash” begins:

At the end of his life, a poet thinks: I have plunged into so many of the obsessions and stupid ideas of my epoch! It would be necessary to put me in a bathtub and scrub me till all that dirt was washed away. And yet only because of that dirt could I be a poet of the twentieth century…

It is curious to consider the wisdom gained from nine decades of life as a poet, especially one as public, and as international as Miłosz. This book is peopled with those he knew in his life, from writers in Poland to Kenneth Rexroth. In his later years Miłosz was praised around the world, and found a home and a readership in at least two countries. Rare life. Road-Side Dog is perhaps his most distilled publication. These pieces flit between ravishingly personal inner monologues and pieces of friendly advice, from meditations to motivational snippets. Most are less than a page, and in that way are misleading. Like dark matter, there are tiny and vast. Practically empty, yet unbelievably dense.