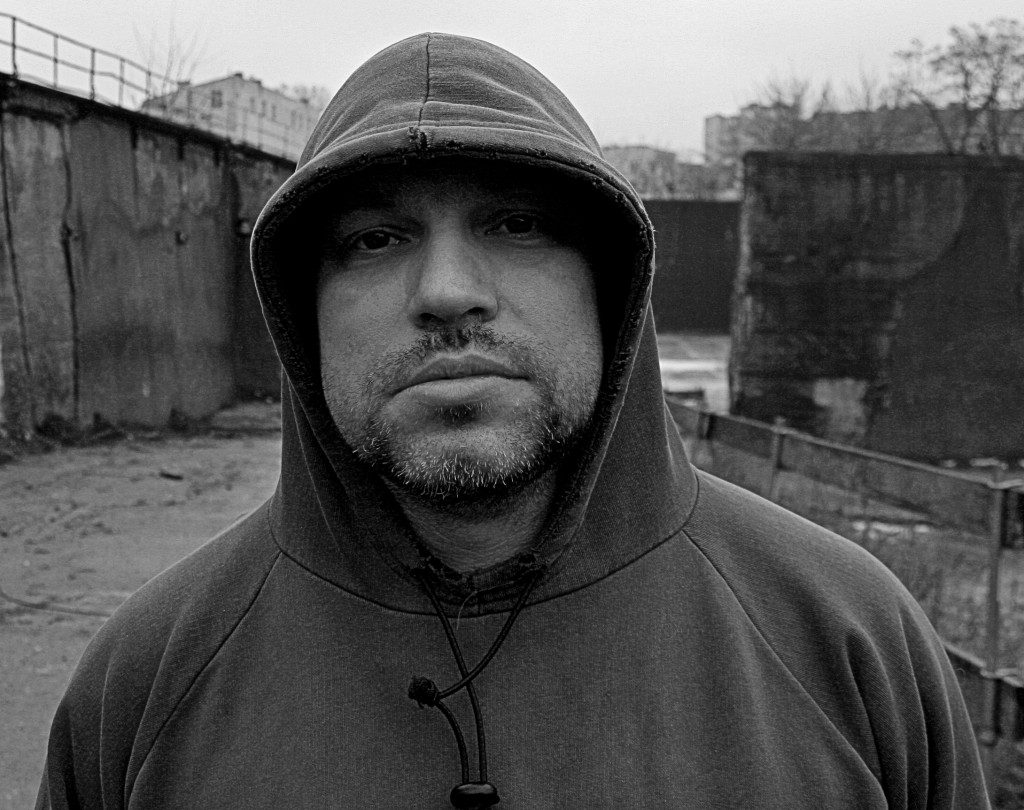 It was a dream. Just a dream. He would wake up from this nightmare in a moment.

He dreamt he was fifteen, spending holidays on the coast and learning how to swim under water. It was the last summer his father was alive. The last happy months of his life. The first twenty metres on the surface of the waves, then the same or even more under water, holding his breath. As long as he could take. Until the pain in the lungs became as sharp as if somebody was sticking needles into the flesh. Until the fear started paralysing his movements. Because it is fear, he was told during brutal training sessions, it is fear that always kills in the end. The more capable you are, the less afraid you are.

Though this time it was different. He overestimated his strength. He went down too deep and now had to resurface quickly. Blue dots in a greyish, metallic shade were becoming lighter and lighter and formed a uniform, monotonous picture. He was coming to the surface. In a moment everything will be back to normal. He will catch his breath. He will see cloudless sky. Perhaps he will see the outline of two boats with white sails in the distance.

The blue surface broke into a hundred pieces, like a shattered mirror. Multicoloured spots whirled in his eyes. He felt the skin on his cheek burning. He regained consciousness instantly.

He realised now that it was not a dream. He was not on the coast.

Something much worse than a nightmare was happening in the waking.

Pale sky turned into a shabbily painted wall with paint flaking here and there, exposing the texture of old wooden boards. Instead of the white sails he saw the whites of the eyes with threads of broken capillaries.

These were the eyes of a madman.

He took a breath, greedily, but felt no relief. He choked.

Bloodshot eyes were staring at him with the scrutiny of a referee looking at a knocked-down boxer, assessing his ability to keep on fighting. The man with distinctive dark stubble straightened up and moved away from the chair. The boy strained his muscles and pulled. Three metres away, on an identical, heavy chair, he saw his own doppelgänger. Also blond, with hands and legs tied, and – that detail was different – mouth covered with a piece of five-centimetre-wide, brown tape that they use for fastening parcels at post offices. The man ripped the tape off in one move. It sounded like a crack of a broken branch.

‘Shhhh…’ The man put a finger on his lips. ‘I don’t like screaming. I am used to silence. And so are you, I presume.’ He patted the doppelgänger on his head. The boy flexed his neck and looked at the persecutor with loathing.

‘OK, boys, the last round.’ He traced his finger around the doppelgänger’s mouth. There was a red mark there, a token of the tape ripped off so suddenly. ‘I guess you know by now what it’s like to lose your breath. However this slow, painful, terrible suffering is nothing. The worst is being aware of what’s going on up until the very end. You stay aware of everything pretty much till the end.’

He was rhythmically clenching his fists and straightening his fingers. He was sauntering between the chairs as if giving a lecture.

‘All of us here know that knowledge can bring pain. Biblical progenitors knew that already, so…’ He broke off. ‘So, who else?’ he asked sharply. ‘Who? I need to know!’

The boy looked between his doppelgänger and the back of the man leaning towards him. He moved his hands. He could feel that the ties were slightly loose and there was a little bit of space between his wrists and the metal back of the chair.

The boy’s voice was breaking.

The man shook his head in disgust. The floor was creaking with his every step.

‘You are not leaving me any choice. And you,’ he turned around. ‘Look at your friend. Don’t you feel sorry for him?’

He didn’t wait for the answer. In one skilful move he put a plastic bag onto the doppelgänger’s head and tightened it. Petrified eyes disappeared, obscured by the condensation. The head quivered as if from electroshocks. This looks like an installation, the boy thought. Like some nightmarish fucking installation, of which there are plenty in modern art galleries. This must be some kind of joke.

Not only was the head trembling now, the whole body started shaking. Trainers were tapping a nervous rhythm that no drummer in the world would be able to replicate. The boy started laughing.

The man did not expect such a reaction. He stiffened and let the doppelgänger go.

Just a moment longer, the boy thought. A moment longer and my hands will be free. When he leans over me, I will grab his hair and headbutt him. If I can.

‘You’re a psycho, you know? Just a tacky psycho. Why are you doing this? You’re not going to kill us anyway.’ He laughed hysterically. He choked on his own saliva, which ran down his neck. He started coughing. Just a moment longer. ‘You are mediocre even as a screwball. You’ve watched Seven and you’ve gone off your rocker. Yes, you are right, knowledge is painful. So, I wonder, when did you realise that you are an amateur? Tell me, when…’

Keep prattling away. Twenty seconds and I will be free. Then it’s all in my hands.
A strong smack across the face stunned him. The plastic foil tightened on his head. His eyes darkened. His hands became heavy and limp. The wrists touched the cool metal.

A sudden jerk brought the light back. The pressure eased.

‘Who? Who else?’ he heard from above, but did not have the strength to answer.
A wheezing sound left his mouth.

Plastic foil tightened on his cheeks, forehead and nose again.

‘A fox knows a lot of things. A hedgehog knows of just one, but it’s the most important one.’ The voice was drifting from somewhere far away. Or so it seemed to him.

The bag was cutting into his skin. His face was burning, there was a hum in his ears.

He was fifteen again, spending the holidays on the coast and learning how to swim under water.

MARIUSZ CZUBAJ is a cultural anthropologist and a bestselling author in Poland. His first crime novel featuring profiler Rudolf Heinz, 21:37 (’21:37′, 2008), won the High Calibre Award for the Best Polish Crime Novel in 2009. He has co-authored two crime novels with Marek Krajewski: Aleja samobójców (‘The Avenue of Suicides’, 2008) and Róże cmentarne (‘Graveyard Roses’, 2009). In 2011 he published the second book on Rudolf Heinz, Kołysanka dla mordercy (‘Lullaby for a Murderer’), and the third, Zanim znowu zabiję (‘Before I Kill Again’), was released in 2012.

ANNA HYDE studied Art History in Warsaw, Film Studies in Kraków and Arts Policy and Management in London. She has been translating from English to Polish since 1998 (mostly children’s and young people’s fiction) and from Polish to English since 2008 (fiction, art exhibition catalogues, film subtitles). Apart from translating, she has worked in museums and a radio station, ran magazines, wrote on art, film and theatre and published some poetry.