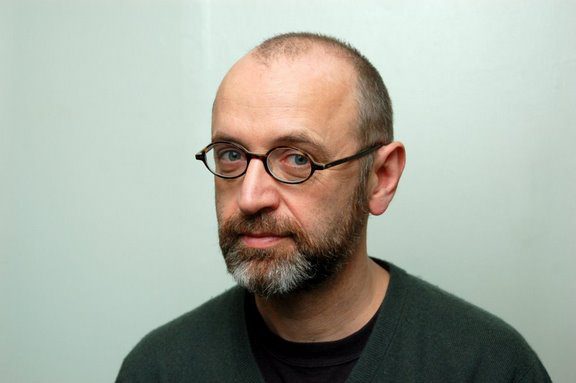 Sheriff Bill Eidleblute and his deputy, Ed Carberry, sit in their office with their feet up.

Bill: All right here’s one for you. This one comes from my mother’s cousin who lives up in New England. Don’t ask me why. There are woodsmen up in the north of Maine, see, who chop for a logging company. They all live in a cabin together – 11 loggers and a cook. The captain of the crew was as mean as could be and would hurl insults and injustices at the cook so much that the other loggers were afraid the cook would poison everybody’s food as an act of vengeance. They couldn’t stop the captain from being cruel and mean for fear he would turn his malice on them. So they kept quiet when the captain would abuse the cook. Of course they felt ashamed when they would be on their own with the cook – when the captain would go off for a walk after his supper. The cook would say that he understood why they couldn’t say or do anything to stop the captain, but that one day the captain would get what he had coming to him. Well, that day came eventually. When the captain took his usual walk after supper, some of the other woodsmen wanted to sit outside and smoke or have a rock throwing contest, as you do when you’re stuck up in Maine with no immediate need to chop wood, but the cook told them all to stay inside. When pressed by them as to why they needed to stay inside on such a beautiful evening, the cook told them, “For the stew we ate tonight, I put in shavings of the bark of a sweet gum tree and the yoke of a killdeer egg and the shadow of a bloody saw. This will attract mountain lions from miles around.” And he was right, for the captain never came back that night, but tremors of his cruelty and bits of his boots could be found throughout the woods for 11 more winters.

Ed: When were the other fellas allowed to go out?

Ed: Well, they ate the stew too, didn’t they? So the logic of it would allow one to think that they would be attractive to the mountain lion as well.

Bill: Yes, Ed, you’re right. I don’t know. I don’t believe I ever heard that part of the story.

Ed: Oh. I guess probably after it passed through their system.

Ed: Yeah. Okay. Okay, I got one. Two turtles were poking their heads up from the water looking for something edible to float by. Little did they know that below them a turtle-eating snake was spying their blind tails.

Ed: Makes you think, don’t it?

Bill: There was a man my paternal grandfather once knew. All he did his entire life was build fences. Says Grandfather, “He done built a fence circling his estate, he done built a fence of iron rail enclosing his bed apart from his wife’s. From an old cypress log he done built a wall round his chair at the table complete with a sliding door for the purpose of passing in a full plate and passing out the empty. He kept cows, and of course built box elder railings around each particular one of them. He even, on one occasion, swallowed hawthorn seeds so as to grow a hedge around his head. His wife took his clippers to make tiny openings for which his eyes could tell him where he was going. When I inquired to his Mrs. how and why she put up with it, she says to me, ‘We’ve never been happier as when he started puttin’ up them fences.’”

Ed: That was your grandfather you said?

RICHARD TOTH is a Brooklyn-based writer and performer who has worked across the United States and Europe in circuses, puppet theaters, theatrical stages, and screens big and small. He was prime director and co-founder of Misery Loves Company, an international theater collective based in Prague in the 1990s. His work has been developed and produced by institutions such as HERE Arts Center, Perseverance Theatre, California Theatre Center, Irish Repertory Theatre, “The Weasel…” Festival and Misery Loves Company. Previous publications include The Brooklyn Journal, The Prague Journal and Joy Quarterly.