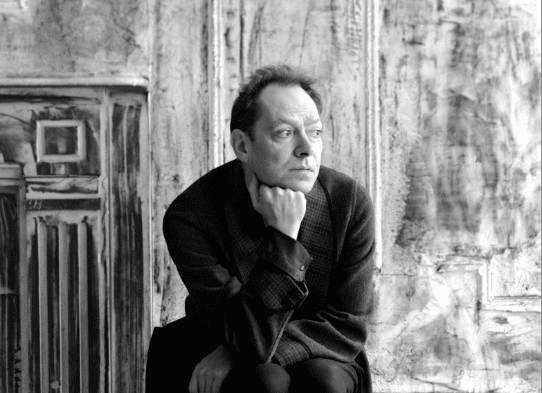 The only thing I ever imagined being when I grew up was a street sweeper.

That’s what I would have called him – one of those men who wander about in parks with a canvas bag strapped across his shoulder and a long wooden pole tipped with a steel prong at one end for spearing trash.

I imagined wandering about all day long among the trees in the parks of some city
I had grown up to inhabit – the city of my future solitude. In the parks of that city among the trees I would wander all day long spearing trash – spearing paper bags and paper cups and dropping them in the deep canvas bag that dangled from my side. And when the bag grew heavy I would empty it into one of the trash cans that stood patiently beside benches – that stood as patiently as trees beside benches.

Almost like a collector of autumn leaves – an all-year-long collector of paper bags and cups that fell like leaves among the benches and the trees – along the cracked paths of sidewalks that meandered aimlessly among pigeons and roots and puddles, among spring and roots and rain, among the mists and dead leaves of some half imagined winter I would wander aimlessly – always content.

How old I was when I imagined this I can’t remember. I think I was maybe fifteen or sixteen. This was the only thing I ever imagined being – the closest I ever came to imagining myself as a man.

I am sad beside the park in the dark –
not knowing what to do with myself these many years.
Think of the boy I once was.
A pang seizes me.
I wish I were him again –
pure in his sorrow –
pure in his forbidden desire.

He loved his sorrow. I love him still.
He should hide in the cold dark among the trees –
try to get home without me –
back
back to his sorrow.

That Boy I Dreamt Of

EDGAR OLIVER is a playwright, poet, and performer. Born in Savannah, Georgia, he has lived and worked in New York City since 1977. Chief Theater Critic for The New York Times Ben Brantley has said that Edgar is “a living work of theatre all by himself.” The Village Voice has said “Edgar Oliver is the kind of legend that inspires people to move to New York.”

In the mid-1980’s, Edgar Oliver made his New York debut at the Pyramid and would later perform alongside artists including Hapi Phace, Kembra Pfahler, Samoa, and playwright Kestutis Nakas. His plays include The Seven Year Vacation, The Poetry Killer, Hands in Wartime, Motel Blue 19, and Mosquito Succulence, and have been produced at La Mama and various downtown theaters. As a stage actor he has performed in works such as Edward II with Cliplight Theater, Marc Palmieri’s Carl the Second, Lipsynka’s Dial M for Model, and numerous productions at Axis, including Trinity 5:29, A Glance at New York, Julius Caesar, USS Frankenstein, the Hospital series, Seven in One Blow, and The Brave Little Kid.

He is a member of the Axis Theatre Co. under the direction of Randy Sharp, and his one man show East 10th Street: Self-Portrait with Empty House was the recipient of a Fringe First Award at the 2009 Edinburgh Fringe Festival. The New York Times called his latest show Helen and Edgar “utterly absorbing and unexpectedly moving.”

Four collections of his poems are available from Oilcan Press: The Poetry Killer; A Portrait of New York by a Wanderer There; Summer; and The Brooklyn Public Library. His novel The Man Who Loved Plants is available from Panther Books. Oilcan press & straw2gold pictures co-produced a DVD of his work: The Hermit & Other Poems.

Oliver is also one of the most beloved storytellers at Peabody Award-winning The Moth, and has recently joined George Dawes Green’s Unchained, a storytelling bus tour that is featured in an upcoming documentary about raconteuring called Sudden Owl.