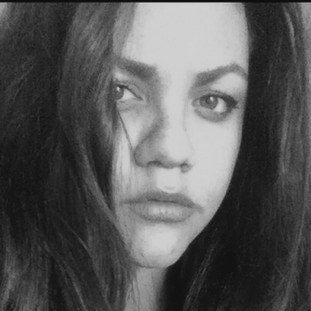 The body belongs to itself, and doesn’t—
As wife to husband, as President to party.
Observe the skin. Observe Celebrities Without Makeup!
Observe the convention hall rising to cheer a blue-eyed fool.

In 1993, a geography lesson: Pangaea. Earth was once whole.
In the back bedroom her nose shatters like an Oakland storefront;
Crystalline is his cocaine hook, a thousand pyramids of ice.
Now it is 2012: man says I have daddy issues. Meanwhile

O, I sing the body electric! And all the schemes it’s hatching!
That dazzling firework in the sky?—is the retina detaching.

The fool desires greatness and turns his face from suffering.
Who was it came to soothe the dying?—let him be king.

Dear Weary Blues, you have made your home on the Atlantic and
I have come to pay homage to the view and its infinite loneliness.

And isn’t everything lonely when you are alone?
And every domestic object a metaphor for the blasted marriage:

A neglected kettle shrieking on the red-hot eyelet,
the potted basil scorched on the dingy windowsill.

Seaside today there are cigarette butts, coconut oil, speckled shoulders.
If we were in love we’d sit on this boardwalk and say,

It really is like that awful watercolor in the lobby!
How the sky melts into a puddle of mercury. Instead I tell you:

“Sand is nothing but the pummeled skeletons of dead sea creatures.”
No mystery why children and the terminally depressed like to crush it in their hands.

I wade into the ocean because I’ve been thinking myself a little god.
Sometimes I hope a terrible fish will pull me under.

Poem “Things I Could Never Tell My Daughter” in Rattle