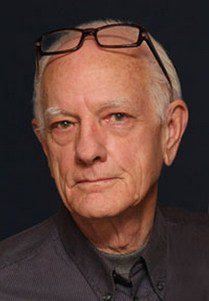 The limousine waited at Dulles, courtesy of the local World Star dealership, but the chauffeur was Lonny’s, just as always. Flying up front in the crew quarters, he’d studied the maps to make sure he knew just where the boss wanted to go and how to get to Fairacres with the fewest problems. Checking the current state of road repairs and local traffic conditions, as he’d done for the last ten years, a great job for an unmarried man, even though the hours were crazy. But Frank Thompson had seen a lot of the world this way and though Romeri was demanding as hell, he was also generous and thoughtful. This would be a long one, a night flight back and probably another early run in the morning.

Lonny stepped off the Starlight 3000 stairway, a light topcoat folded over his arm, passed the wingtip’s blinking red light and glanced instinctively at the sky. Cloudy, but no rain and warmish for November in the East. Frank had the car pulled up close to the high winged tail section.

“Yes sir, Mr. Romeri.” Frank held the door and Lonny scrambled in, turning on the reading lamp, reaching for his half-glasses and opening a dark blue calfskin briefcase. “Fairacres is only about forty minutes this time of night. You’re due at eight, we’ll be a half hour early, you want to stop somewhere?”

“Get us there, Frank and then cruise around the back roads for a while. I want to get a feel for the country. This guy chases foxes with dogs, you know that, Frank?”

“No, sir. Everyone does his own thing, I guess.” Frank smiled and slid behind the wheel.

“Damn strange thing to do in this day and age.” Lonny pulled the sales reports for Eastern Europe and South America from the case as Frank turned west to Route 50, toward Middleburg.

Sunday evening in Middleburg, he mused. Dinner at eight at Fairacres, with Senator Robert Fairweather and his wife. What was her name? Margaret, yes that was it, Margaret. But Bob called her Maggie, it was all there in the notes. Met her once a couple of years ago in Washington. Good looking woman, strong looking woman, in control but with that certain charming manner that set everyone at ease. Hell of a broad, he guessed.

Might have been a mistake not to bring Carla, but she always looked like such a peasant around money. Christ, she’d been pretty enough when he married her. Twenty-five years and four kids had turned her into a dumpy likeness of her mother. Hell, Fairweather knew this dinner was business and Lonny didn’t really belong in Middleburg with a guy who chases foxes with dogs. A dumpy wife wouldn’t help, just make him feel all the more remarkably out of place. Not that he wasn’t comfortable around big money, he was big money, but Fairweather was old money and that was somehow always different. Shit, he was worth a half-dozen Fairweathers and he’d sat down with barons and princes and even one king. He smiled to himself, musing about the consultant he’d hired. Couldn’t even remember the woman’s name who’d tutored him in etiquette. Taught him all the right forks to use, how the courses were served in different cultures. Which wines went in which glasses and the proper form and time to make a toast. Paid her a thousand a day and didn’t even get laid in the bargain, but she was worth it. No, Lonny was sure enough of himself . . . he’d mastered that.

It was that indefinable difference between old money and the kind he had that sometimes threw him a little off stride. Old money, even when it was petering out, tattered and ragged from too many generations of idle use, still somehow found a way to look down its nose at the Alonzo Romeris of the world. Okay to deal with, even necessary and powerful to deal with, but not folks to tag along when you chased foxes with dogs. Fairweather dough wasn’t petering out, it was very healthy. He forced his concentration back to the reports, then gave it up and tossed them aside, looking out the window at the passing lights of farmhouses too dark to see. It would be in full fall color out there, nearly a month behind Michigan’s already barren landscape. Winding and hilly, not unlike some parts of Ohio, just more intense, with narrower roads, more hidden gates to unnamed homes, maybe some of them huge estates like Fairacres, hiding wealth and power. This close to Washington, careers and countries were bartered away over quiet dinners and fine wine, all that bullshit sequestered behind private gates and long drives. This meeting was damned important, he needed access, needed to keep to the schedule.

Lonny leaned back and closed his eyes, catching a twenty minute nap.

They passed Fairacres, the gates open wide and drove nearly four miles before passing another entry to a neighboring estate, its wrought iron gate closed. Frank turned the big limousine right at every opportunity, circling the estate and finally coming back to its entrance. Marked only by a rural postal box, the lettering Fairweather was almost worn away.

“Thanks, Frank. Good job, as always. Should be about three hours.”

The drive was gravel, long and winding as he remembered from the only other time he’d been here, almost two years ago. Bob Fairweather’d been fighting an unusually tough campaign then, against an upstart young attorney from Roanoke, a handsome and powerful speaker with a lot of good ideas, but Bob was the incumbent and that still counted. It’d been a quick trip, to pull together some big money at the last minute and Lonny hadn’t paid much attention to the place. But he knew when he left that Bob Fairweather owed him and owed him big. More important, he knew that Fairweather understood the debt, remembering how close he’d come to being thrown out on his ass. The family legacy almost destroyed, by a nearly unknown young prick from Roanoke.

They passed some sort of pens and the dogs put up a hell of a racket, bringing a gray haired man to the window of the small cottage, holding back the curtain to watch the limousine roll by. A quarter mile further, the road gravel changed to a different color and straightened, now formal and tree lined, leading to the huge red brick main residence. Its walled-in entry court was big as half a football field.

Frank pulled to the front entrance, wheels crunching on salmon pink gravel and, as he opened the door for Lonny, a butler appeared on the front steps. A flood of warm light washed from the opened door to the car.

JIM FREEMAN was born in Evanston, Illinois in 1935 and has lived and written in Prague for the past twenty years. He’s a prolific writer, authoring three novels, three collections of poetry, two non-fiction books and a five-volume set of observations on America. Additional work includes a screenplay, several one-act plays, travelogues, some essays and articles. Jim’s op-ed pieces are all over the internet, regularly featured at OpEdNews, but also appearing in the New York Times, Chicago Tribune, Huffington Post, International Herald Tribune, CNN, New York Review, Progressive Populist, The Prague Post and other similar publications. For several years he hosted the Beefstew Poetry Readings in Prague and his poems have been published in several poetry magazines on and offline, as well as in the Return of Král Majáles, an anthology featuring international writers in Prague.