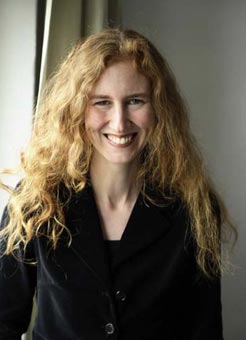 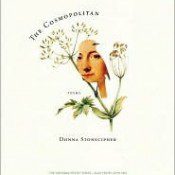 Donna Stonecipher’s The Cosmopolitan (chosen by John Yau for the National Poetry Series) celebrates variety in all its forms. She understands well the interconnected, shifting nature of experience, memory and knowledge.

Showing a culturalist’s eye for the beauty that begets beauty, lush and long-legged, these poems swim across the page. These are ornate fractals, reflections, refractions and inlays, both inter-textual and beautiful:

2.
Blossom, vigil, crane, leaf, steeple. The city was renovating itself building by building. The few unrenovated buildings left among the renovated stood out like outsiders, though they were the real insiders. As for the church: there was money enough in the coffers to renovate its exterior, but not its interior…

Each prose poem, and there are twenty-two of them (Inlay 1 – Inlay 22) is divided into short sections. Stonecipher writes that the poems were inspired by seeing a Joseph Cornell box in which a postcard had been pinned, as she writes: “…the first inlay.”

The poems are titled after writers and include quotes by each writer set between stanzas within respective poems, effectively creating Stonecipher’s own inlays. Owing much to the travelogue as a model, “place” is very much at the forefront of the work, although both place and perception transcend any fixed mode, slipping out of the reader’s grasp at the moment of comprehension. Images are shared, recycled, relocated and recontextualized between stanzas and poems:

4.
Trying to remember the dream on the plane was like trying to sieve water from water. It was like trying to look at one’s eyes with one’s own eyes without the aid of the mirror’s galactic eye. She thought the life vest far too complicated, and sat back and closed her eyes. The dream had been full of schadenfreude.

5.
This thought, of a woman wearing a thimble, made him sexually crazy. He was flipping through a book of French daguerreotypes when the blue velvet encasing the picture of two long-gone filles de joie made him think of the sky at dusk when his mother would call him in for dinner in an American suburb long ago…

Part of the allure of these poems is the coolly observant quality of the voice, at once lyric and narrative, with each stanza able to stand alone, although they gain their full power as part of the larger collage. Indeed, each stanza refracts outward into each poem which in turn refracts outward into the collection as a whole, stimulating reflection. The narrator’s rootless gathering of experience and perception mirrors the traveling cosmopolitan’s internalization of meaning, and the spiraling, elusive nature of the objects she meditates upon. There are signposts, symbols and suggestions within the work but these poems are deeply felt rather than understood on a conscious level.

Stonecipher has reimagined narrative within the lyric prose poem, creating doors for the reader and the freedom to meditate on beautiful objects, to teleport between perceptions and to float unrestrained on the unmapped swirl of experiences. It is also worth mentioning the beauty of this edition from Coffee House Press: Slim and square, the cover art is a wonderful collage by Jiří Kolář. Recommended.