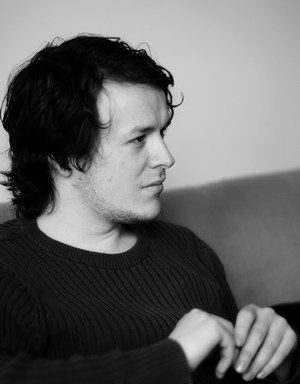 AESTHETICS, ON A SIDE STREET OFF GLASGOW GREEN

I will only be happy when I’ve withdrawn
at least a small way, to the Trongate
or to Watson Street where the air, too,
stiffens with the influence of frost.

Glasgow shivers through an autumn mist
that knots with the fuse smoke of bonfire night.
Here, the jacketed warm the underdressed,
shuffle between one spot beneath the dark

and another, waiting for the lights to begin;
while a girl somewhere is weeping in the crowd,
in Glasgow Green, half a mile from here.

It’s Apollinaire who’s recalled saying, war
is a decidedly beautiful thing,
but then what’s not, so far removed and holding
to the outskirts of everything: a bystander

to the blue noise of white vans passing by,
and those long shadows kissing at the wall.
Fireworks are sent into the air, fall over

the marvellous forest of the awed crowd,
and a girl with her head in her tiny hands.
The red sky doesn’t mind if I say this.

THE HOUSE BY THE SEA, ERISKAY

This is where the drowned climb to land.
For a single night when a boat goes down

soaked footprints will line its cracked path
as inside they stand open mouthed at a fire,

drying out their lungs, that hang in their chests
like sacks of black wine. Some will have stripped

down to their washed skin, and wonder
whether they are now more moon than earth –

so pale. Some worry about the passage,
their first names being forgotten. All share

a terrible thirst, wringing their hands
as the seawater floods across the floor.

NIALL CAMPBELL is a Scottish poet originally from South Uist in the Western Isles. He recently received an Eric Gregory Award (2011) and a Robert Louis Stevenson (2011). He graduated from the Creative Writing MLitt at the University of St Andrews in 2009. His first pamphlet After the Creel Fleet was released in March 2012.