Friday Pick: “The Poems In Verse,” By Stephane Mallarme 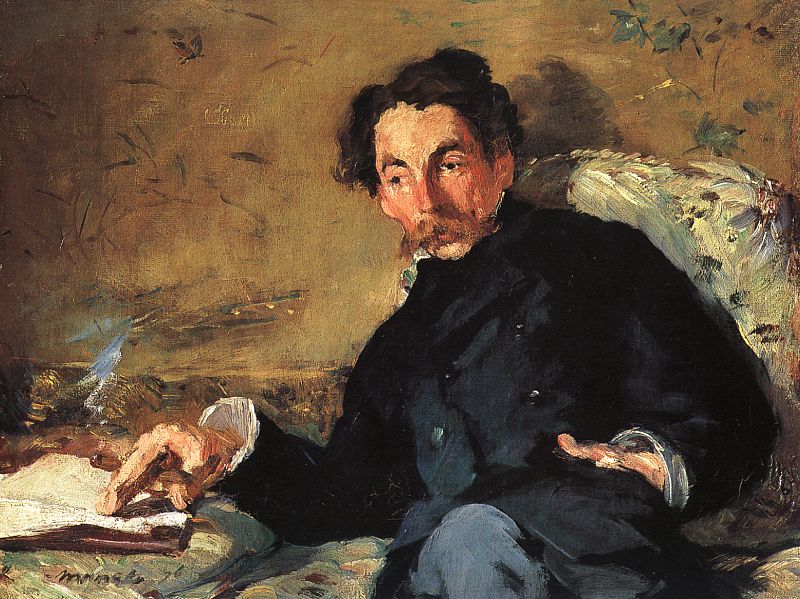 The Poems in Verse

The Poems in Verse, Peter Manson’s new translations of Mallarmé, has been receiving some fanfare reviews, and for good reason. They bring this legendary French poet into living English in the most comprehensive collection since Henry Weinfield’s marvelous Collected Poems.

Mallarmé is a poet like Hart Crane, at times more legendary than comprehensible, more cited than read. Muse to the avant-garde since the late 19th century, where in Paris he hosted a regular salon attended by the likes of Yeats, Rilke, Verlaine and artists including Manet, Mallarmé wrote in a number of genres, translated Edgar Allen Poe’s “The Raven,” and even created a fashion magazine, La Derniere Mode, writing almost all of the the articles himself under pseudonyms. He also developed a reputation for the poetry he wrote that was almost as staggering as his reputation for the poetry he did not write.

A master theoretician more often than a masterful poet, Mallarmé pushed boundaries in writing. His most famous poem, “Un Coup de dés” (1897), incontrovertibly enlarged the possibility of the page, freeing words from the puritan stocks of line and stanza, and putting them back into orbit. It is a method that would inspire Apollinaire’s Calligrammes, the open-field poetics of Charles Olson and the post-war American avant-garde, and the Concrete Poetry of Brazil in the 1950s, among many others, including, perhaps, hypertext.

“Un Coup de dés” is not included in The Poems in Verse, which is a loss, if only because Manson’s translation of it would likely be masterful. Yet, other challenging Mallarmé classics are here, in sparkling translations, along with more accessible poems that call attention to Manson’s skill, as well as some of Mallarmé’s less theoretical modes. “Renewal” is just one example:

Sadly, the sickly spring has seen off winter,
winter, season of calm art, lucid winter,
and in my being where drab blood presides,
impotence stretches itself in one big yawn.
…
I wait, engulfed, for signs of lifting boredom…
— but the sky laughs over the hedgerow and the awakening
of so many birds into flower, singing in the sun.

“Renewal” is in some ways a representative poem of Mallarme’s more conventional lyrics, in this case a sonnet, a form he favored when he wasn’t creating his own. Winter as a season of “calm art” is a recurring theme in Mallarmé’s work, as is the “impotence,” the ennui described here (this is Fin de siècle France, after all).

Yet clarity is not Mallarmé’s favored mode. Usually he works with shadows, reflections, sleights of hand and word that can make a subject of the impossibility of saying anything. The perplexity of poems like the so-called “Sonnet en yx,” (“Sonnet in X”), which is untitled, is more than off-putting. It’s like staring into a broken mirror of language:

Its pure nails raised to consecrate their onyx,
Anguish, this midnight, holds up, lampadephore,
many a vesperal dream burned by the Phoenix
that is gathered in no cinerary amphora

on the credences, in the empty salon, no ptyx,
abolished bauble inanely echoing,
(for the Master has gone to draw tears from the Styx
with this one object on which Nothing prides itself).

Even amid complexity, however, lines of solid brilliance emerge, tombstone strong: “for the Master has gone to draw tears from the Styx.” In this way too, Mallarmé resembles Hart Crane, another poet who sought to stretch the limits of poetry, through peculiar vocabulary as well as metaphoric illogic, if not form.

Yet what is perhaps most pleasing about The Poems in Verse is the multifaceted picture of Mallarmé that emerges, especially in “The Low Songs,” which the poet wrote on commission for the artist Jean-Francois Raffaelli’s illustrations in 1889. For it is an imperative to remember that while Mallarmé’s ideas about poetry at times seemed too large for his language, he was prolific in several genres, including prose poems, essays, and translations. He also had a less-than-successful career as an English teacher. One of many fascinating and insightful notes Manson has provided in this volume references this career as well as the last line of “The Azure,” which Manson has translated as, “I am haunted: The Blue! The Blue! The Blue! The Blue!”:

Soon after the poem appeared in the Parnasse, Mallarmé (who was an English teacher) arrived at school to find that one of the pupils (or perhaps another teacher) had scrawled [the poem’s] astonishing last line on the blackboard. Mallarmé was quickly transferred to a different school.

Mallarmé’s “Low Songs,” eight short poems about people on the street, capture his lighter writing style best, and they are a joy, including “The Seller of Old Clothes:”

The keen eye by which you look
all the way in to their contents
separates me from my rags
and like a god I go naked.

Manson’s translations of Mallarmé show both sides of the poet: His idiosyncratic language, costumed in its own complexity, and the godly nakedness of his “low” poetry. For those looking for a compact yet comprehensive collection of Mallarmé’s verse, The Poems in Verse is it.