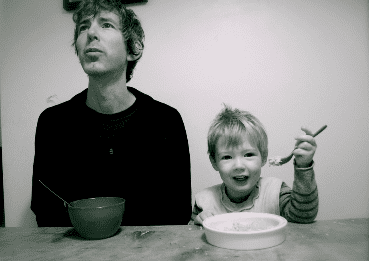 in line together
at airport check-in counters

The last real terrorist died eight hundred years ago,
on his way back from the Crusades

Back at the airport one woman
looks down quickly
to make sure that she still has her purse,
after we almost collide

In the bathroom I notice that it’s true;
my hair is almost to the shoulders,
between my legs I have testicles

Still at the airport,
in the waiting lounge another woman
scours her fellow travellers, she seems to be
looking around the room for potential terrorists

I want to tell her not to worry, that lucky for her,
lucky for all of us,
the last real terrorist died almost eight hundred years ago,

and that the next closest threat,
more of an agitator than a terrorist,
was an explorer
who died of syphilis in the 1500s
just after discovering America

Back on the flight path,
up in the air a passenger cracks the window
looking for mid-atlantic dawn and
respite from in-flight movie

the passenger cracks the window looking
for a European dawn
rotates hands in the sharp gray light
they are new found, these hands, and
the passenger turns them slowly
as if heating them by a fire

when we arrive in Amsterdam I will be there

like the way lots of cops wanted
to be firemen, join the fire brigade, but ended up
cops
instead

all of which passed by
more or less blissful, unaccounted,
until

the field—
full of dawn

the morning—
and this blank
bit of paper, it’s potential

Fool yourself into thinking you have abundant time;

the things that happen during the day—
during life
how far away
and absurd
they now seem,
by candlelight,

The democracy of time
everyday
everybody
gets some

CRALAN KELDER was born in 1970, growing up in California and The Netherlands. Publications include: Big Deal Rimbaud (smallMinded 2011), Give Some Word (Shearsman 2010), City Boy (Longhouse 2007), and Lemon Red (Coracle 2005). He lives in Amsterdam with evolutionary biologist Toby Kiers and their children. Kelder occasionally edits Full Metal Poem with Mark Terrill, and Retort with Brentley Frazer.