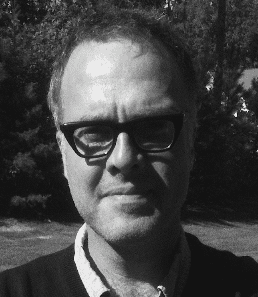 OMG today is Zac Efron’s birthday,
but it feels just like any other day.
I guess that’s what’s weird about today.
It’s raining sunshine again as always.

But today is a tray of dull silver,
horrible dishes, erratic monks wandering.
It is a day of crusts, anxious magpies,
tiny drops of melted lead—

There are no real poems. There is no real art.
There is only the work, and the work is what matters.
(These words were spoken to me by a large spider
standing near the drain in my bathtub.

When I asked him what my life meant, then,
he went back to being just a spider. Just a spider?
There are no real spiders. There is no “arachnid.”
There are only vermin, here and there, asleep

in boots, dreaming of baboons and peritonitis,
of abdominal wounds into which they might crawl
and gorge themselves on pus.) No, no, no.
He is—he wants to—direct the poem.

Animalia, allusion, and the art of understatement
come too easily to him. He has sinned, the poet,
crossed a boundary between object and subject
into a realm neither himself nor someone else.

It is just this thing, this unreal and phantasmagoric
internal uprising, the impromptu ballade, this coup
de pensée, feeling much like—I suppose success
in making art must feel something like the onset

of menopause. There’s the warmth. The pact.
The TV set. The homely children bringing pie.
There’s the half-remembered Voltaire quote,
the husband in the basement eating model trains.

What, then, is a spider, really? Can it ever just be?
It can only be where he was. What he was doing.
This is the mind of Jedi, the Zen of homemaking.
This, as we say, is “the litotes of tea-brewing.”

Only four minutes, though there is that temptation.
So instead of saying, “I don’t,” or confessing, “It’s not,”
let’s learn to cut it off just there, to roll up
what’s left in a tidy little hair curler of a line.