The Russian Connection: an interview with Alan Bilton 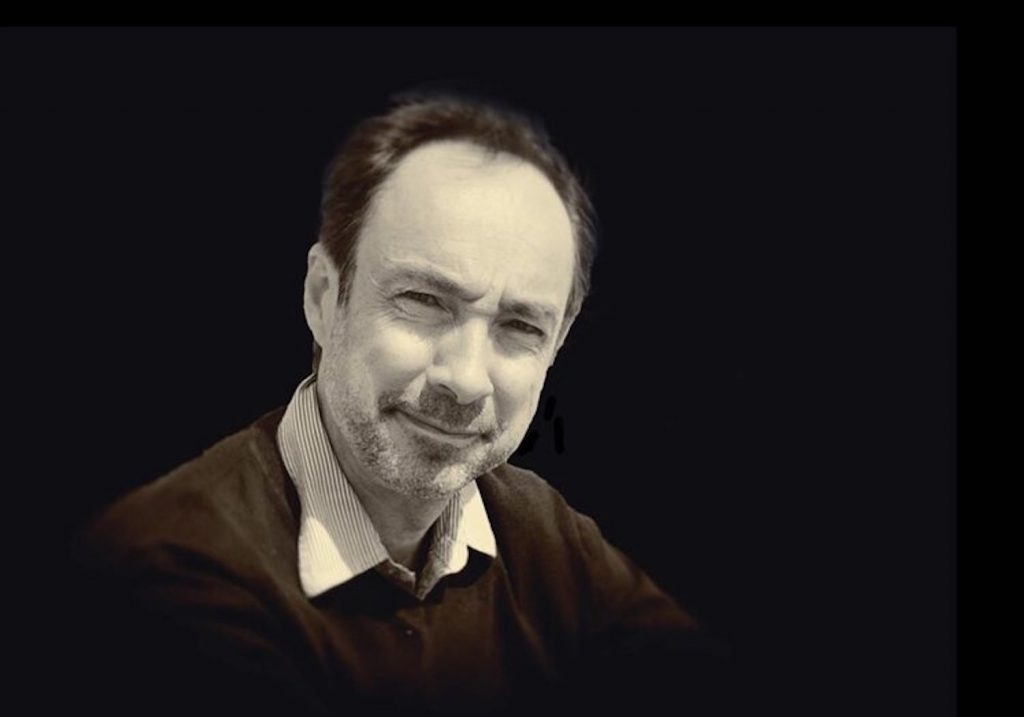 The latest novel by British writer Alan Bilton, The End of the Yellow House (2020), is set near Voronezh, central Russia during the country’s brutal civil war. Of course many writers set their work in various countries throughout the world, but what distinguishes Bilton’s work is the degree to which Russian masters such as Gogol, Dostoevsky and Bulgakov inform the style and sensibility of his work. In the following exchange, Bilton addresses what Russian literature means to him, how he came to write his novel and much more.

B O D Y: Can you say something about the general influence of Russian writers on your work and where they stand for you in your personal literary pantheon?

Bilton: There’s always a temptation to see Russian writers as the wind-swept pinnacle of literary achievement – Tolstoy with the novel, Chekhov’s short fiction – although I have to admit that I came to them via the satirists of the Soviet period, so with the cart before the horse, as it were. Perhaps unconsciously I sought in Russian literature vitamins missing from my own diet – high moral seriousness (as opposed to playful invention) and a solid sense of plot and place, unlike the surreal anxiety dreams that afflict much of my writing. There’s a weight and a heft about the Russian classics that seems very different from much contemporary writing, and I liked the idea of getting a little mud on my boots.

B O D Y: In terms of the origins of The End of the Yellow House, which came first – the story idea, characters or the basic idea of writing a Russian novel? Or did they come together at the same time?

Bilton: I had a very clear image of a little grey horse in a lonely clearing in the forest, and this little, grey horse was staring at a figure in the snow, so it seemed to me that the horse knew something but would never be able to communicate it. From there came the idea that the horse had solved a mystery, which nobody else had managed to get to the bottom of. Looking for a setting, I thought of a location cut off from any kind of law and order, and via Bulgakov’s The White Guard, dreamed of a manor house shipwrecked during the Russian Civil War. And it seemed to me that all these things – a murder mystery, a specific historical setting, the threat of violence – would push me into using different artistic muscles from those I’d used previously.

B O D Y: Not being Russian, did you feel an extra responsibility to get it right – or rather, to not get it wrong – in writing a novel so heavily-influenced by the Russian masters as well as writing about such a troubled period in Russia’s history?

Bilton: Yes, and the pleasures of research – proper research, scholarly research – were part of the attraction. However, I soon discovered that weighty tomes on the Civil War could only tell me so much. It did throw up the right place to set the novel – Voronezh, in the Black Earth part of Russia, which was the high watermark of the attacking White army, and which changed hands several times in quick succession during the war. But much more useful to the writing of the book were diaries, memoirs, newspaper reports, and letters from the front. What comes across most strongly from this kind of material is that this was a period when nobody knew anything, when the wildest rumours or speculations were taken for fact. Many of these ideas were absurd – the White army had shaved monkeys and dressed them in uniforms, the Tsar had returned to life, birds had started talking Russian in Petrograd – but with no clear source to rely on, people had to fall back on fantasy or supposition. Many of the strangest ideas – visions, apparitions, whispered hearsay – appear in both Bolshevik and conservative records: gossip about an invisible death ray, miracles, scandals, the collapse of one side or another. This notion of a time when you can’t be sure of anything – when reality itself seems unstable and dreamlike – seemed to fit with my own style of writing, but also seemed to anchor this sense of the absurd in a specific historical period. And of course, as with so much historical fiction, there’s the perennial question of ‘what would I do?’ Soldiers turning up at your door are never a good sign. What flag should you put in the window? Should you address them as comrade or sir? Should you offer them food or make out that you had none? These split-second decisions were a matter of life and death. The Russian Civil War was a truly terrible event in terms of awful acts of atrocious violence, but there’s also a weird sense of farce about this, of history being played at the wrong speed. These things interested me, and also allowed for a certain permissiveness when it comes to anachronisms, which always lets one off the hook the little, when it comes to the details! I was also fortunate enough to know a Russian academic whose grandparents hailed from Voronezh and be able to pass the text around Russian scholars at Swansea University, all of which, hopefully, helped spare my blushes.

B O D Y: What kind of research did you do for the novel, not only the historical text research but to get the landscape and atmosphere of the specific geographical setting? Did you travel there to better familiarize yourself with the natural world you describe so thoroughly?

Bilton: I’ve travelled to Russia, which was an anxiety dream in itself. There was a problem with our visa, and we were told we would need to be photographed in a tiny store on the Nevsky Prospect or we would be arrested at midnight – and this within hours of arriving! Otherwise, the flat, boggy land around St Petersburg and in Estonia was my stand in for the novel, which may account for how wet and muddy much of the novel seems to be. Much of Russian writing stresses the idea of the spring and autumn rains, and how roads swiftly become unpassable, and this fed into the idea of a marooned house, surrounded by a sea of war and mud, a house that becomes increasingly unmoored from a stable sense of reality. The Russian masters wrote so beautifully and indelibly about the Russian landscape – especially Turgenev, of course – so in some ways the book also became a kind of tribute or love letter to Russian prose, all those endless forests and abandoned farms. There’s a specific kind of melancholy atmosphere associated with the Russian landscape that is very different to the English tradition, a wildness and sense of scale. It’s harder to get lost in England. And the drizzle doesn’t tend to kill you.

B O D Y: How do you think this novel fits – or stands apart from – your other writing?

Bilton: I wanted to write something that had a definite plot – there’s a murder in the very first sentence – and was set in a very definite time and place, such concrete facts as something of a counterbalance to the flow of surreal images in my first few books. But at the same time, the idea of a radically unstable world, a world of dreams, visions, and madness, seemed to provide a historical echo with the kind of fever dreams I’d been exploring – one’s strangest fantasies made real. I also wanted, as Flannery O’Connor would have it, to deepen the mystery rather than explain it, and see if I could do this within the context of a whodunnit with a definite end. Of course, the idea of a murder mystery set during the Russian Civil War is itself absurd, as murders were occurring daily, with the most terrible atrocities committed by all sides. And yet, there’s something about this human need to find meaning even in the midst of all the chaos, which seems heroic and redemptive. Or at least that’s how it seemed to me as I was writing it.