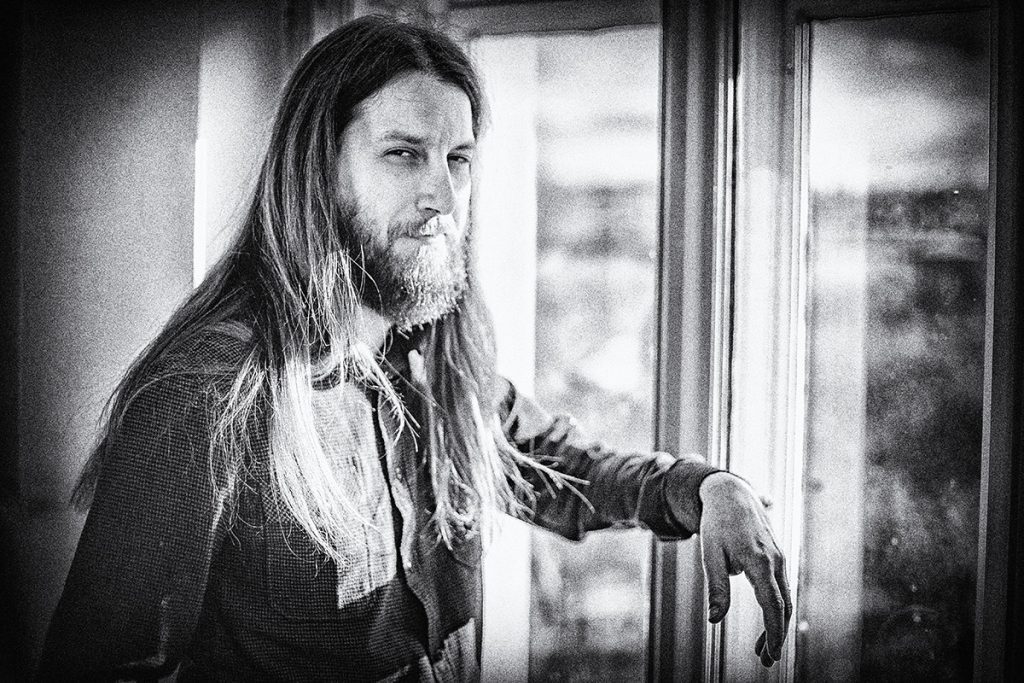 His astonishing, indeed quite singular ability to touch the tip of his nose with his teeth was something he discovered almost inadvertently at a lively party to celebrate a colleague’s birthday when he and his friends, having already had a few, were competing to see who could pull the most horrible face.

Since there had been nothing about him and his life up until that point to single him out from those destined for mediocrity, he immediately latched onto this talent of his and began to painstakingly build a new self-image around it, confidently leaving behind the chairs tucked away in corners and proudly stepping into the limelight. He was also a truly welcome guest and enthusiastically received diversion at dull dinner parties, and to him the laughter of society ladies seemed to be proof of his new-found prestige.

Over time, gnawing at his nose – initially a party piece he performed only occasionally on request, or sporadically to entertain the company he found himself in – became vital to him, and what had been a deliberate gag to show off the exceptional mobility of his face became an almost involuntary tic which he used to reassure himself of his own uniqueness. He gnawed at his nose with increasing severity, barely leaving it time to recover from the attacks by the sharp, gnawing teeth; eventually there was a black, festering scar extending across the centre of his face, whose unhealed depths he kept trying to penetrate with his jaws again and again, even though this no longer elicited the slightest hint of amusement in society, which had actually begun to shun him, and thus the clown’s trick slowly changed into an instrument of self-destruction.

Once his nose was completely gnawed away and the wound was too deep for his teeth to reach the bottom of it, in a futile attempt to establish a solid base on which to construct his uniqueness and regain his confidence, he turned his teeth on other parts of his body, but gradually gnawing away at his digits and limbs could scarcely compensate for the feelings he got from gnawing at his nose, because at the end of the day anybody could nibble their hands and feet, and even his gnawed elbows, something only a fraction of the population could boast of, were unable to make up for that inner flame of self-satisfaction that flared up in him every time he saw the stunned expressions of those around him, his own face half-immersed in his mouth.

So he dug his almost gnawed-off fingers into the depths of his face and tried to yank the roots of his nose up to the surface so he could carry on gnawing and restore his dignity in his own eyes. He took this activity, already far beyond the limits of any self-control, to such lengths that he completely smashed in the front part of his skull and stuffed entire lobes of his own brain into the insatiable maw with the stumps of his groping hands until he finally collapsed, almost asphyxiated, the white silk shirt in which he had once been a hit at dinner parties smeared with saliva and blood.

Even in these final moments, he probably still kept hoping to see admiration in the eyes of laughing ladies once more; twitching and trying to wrench his hand free from the base of his skull, he dragged himself off to a stream, where he breathed his last in the shade of the bulrushes.

VRATISLAV KADLEC is a writer and translator. He was editor-in-chief of the Czech literary monthly PLAV and founder of the theatre group Prvobytně pospolná společnost (Primitive communal society). He lives in Prague and is a translator of fiction, in particular for children and young adults. In 2019, he published the short story collection Hranice lesa (The Forest Boundary), from which the short story here is taken. A year later, the book won the prestigious Magnesia Litera Award in the discovery of the year category.

GRAEME DIBBLE is a translator who is originally from Scotland but has lived in the Czech Republic for nineteen years. His translations focus mainly on Czech history, literature, and music.