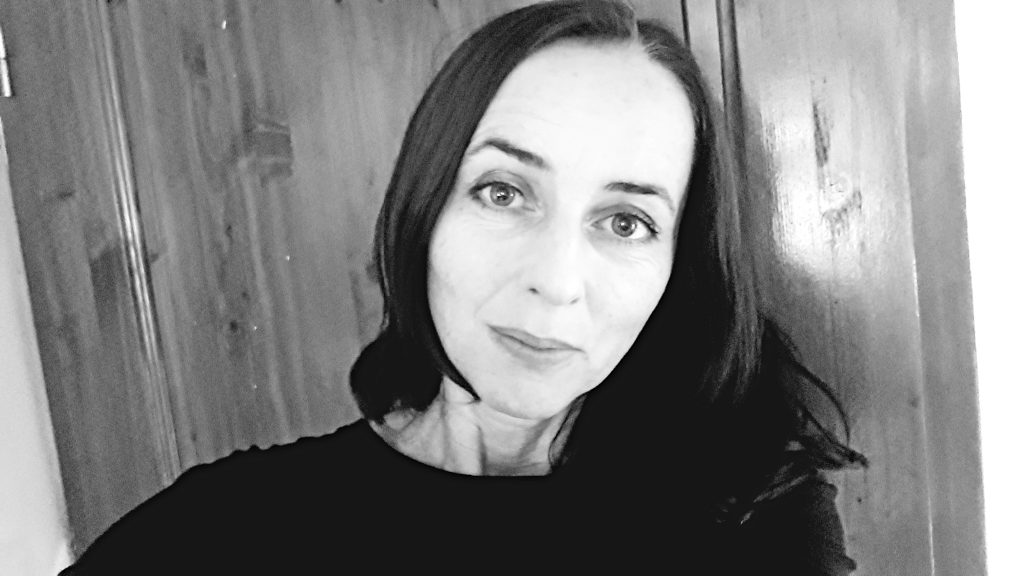 
There was a memorial of names
scratched into a wall, but, if you ask me,
just as much permanence
is in accidental fingernail marks in pears
lined up for sale. I’m no longer there.
I no longer think of the names, IAN,
HARRY KERR, TONY BAILLY,
JC LAVERICK, JOE IS A CUN T.
Not until I feel like a pear that is, which is
almost entirely never. I still hold on tight
when I travel faster than my feet can take me,
because, geez, it isn’t easy to get the jail out.
I can’t help waiting at each door for someone
with a key or going round and round
in circles to put off the nowhere-to-be. I cross
and uncross a field and when it rains, there’s me
collecting rainwater in case there’s ever none again.
I go to sleep baffled by the rooms I’m not in
and then I sit there, on my bed, back and forth,
back and forth, swaying like a maniac.
I know you’d say, Look at the asshole, he’s praying,
but it does feel holy to hear yourself whisper,
I won’t get recalled, I won’t go back,
help me unlearn who I am.

I am waiting for you. Part of my wall
will need to go to get you in. It will
never heal. This is how they’ll find me,
small, perfunctory, unfit for a king, but
I’ll hold it all: chariots, thrones, trumpets,
perfumes, precious oils, lapis and gold,
and apricots, oh, apricots, I’ll often
imagine them perishing in the dark long after
they have gone. I’ll recall the odour of lamb
changing in strength from a mere waft
to a putrid punch. Who’d ever think
in cessation there is so much life? No,
no eternity’s resins and balms
can stop the bustle of dying in the jars
housing your liver and lungs,
or in the muffled echo of your anatomy’s
final sarcophagus. I’ll never miss you.
You will never not be with me
and when even the deaths have died
and there’s nothing left but desiccated time,
I shall still keep the breathing riddle of you
inside your missing heart.


RADKA THEA OTÍPKOVÁ writes poetry solely in English, her second language. Her work has appeared in B O D Y, The North, Tears in the Fence and Moria. In 2017 her collection was shortlisted in the Poetry Business International Book and Pamphlet Competition and her poem “Coup de Grâce” was shortlisted in the 2017 Oxford Brookes International Poetry Competition. In 2019 she won the Waltham Forest Poetry Competition. She has been nominated for a Pushcart Prize and a Forward Prize for Best Single Poem.