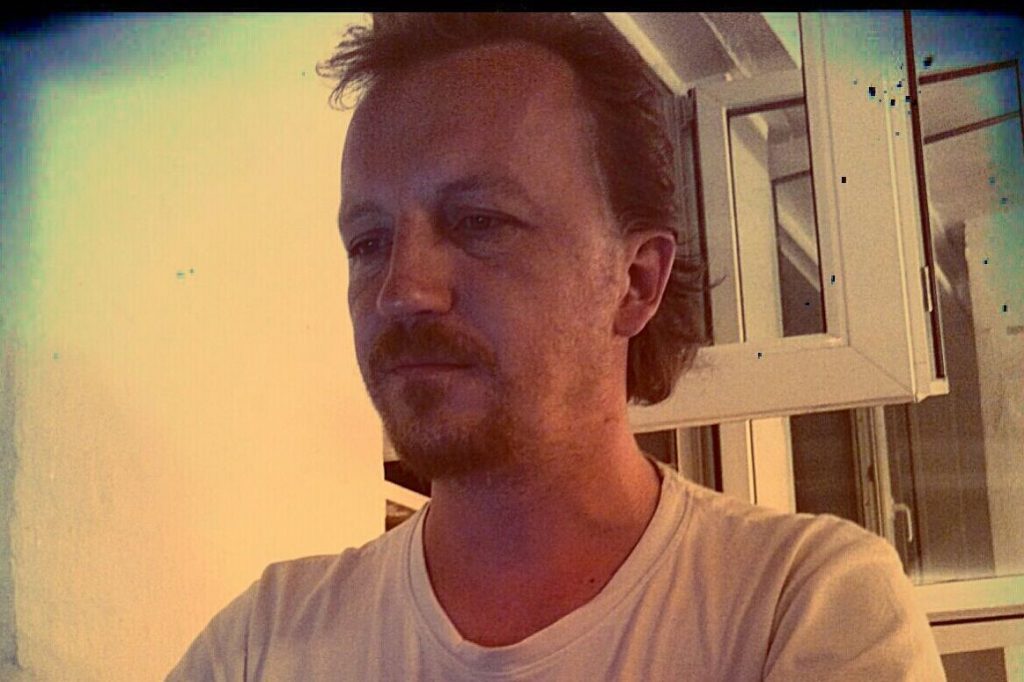 From Paris to Siberia, across the whole 20th century

I want to talk about the young lady in the photograph. Do you have any objections?

On 1 March 1939 she made her way into the studio where the master craftsman was sleeping peacefully, an elderly Armenian with sharp eyebrows worthy of Gurdjieff. Giving a polite cough in his ear, she asked if he would be able to do her portrait. The master rubbed his eyes and said, ‘You insult me! Might I in some way not be able to? Before you sits a man who was there when cinema was born. Who has looked through the viewfinder at a whole procession of movie stars. And let me tell you. Compared with you, they were all—pff’—and he mimed spitting. ‘Try me. Thus speaks the Last of the Mohicans, who still knows a thing or two about art. Together we shall now create something after which we shall be able to die without regret. We shall make a masterpiece. The finest portrait of the most beautiful girl in town. One print costs five rubles—the money will go towards the old master’s funeral. Sit in the rocking chair and smile, so that he may for the last time feel himself to be a veritable oryol, my dear, a young eagle. First things first, though. Name and surname.’

‘Very good.’ The Armenian nodded, and made out an invoice.

The photograph, to be honest, was a botched job, no masterpiece. The old man had tired of his work long before Galya was born. He took money off his clients in advance and photographed them all in the same coquettish pose: legs tucked beneath them, hands behind the head, elbows forward.

The seventeen-year-old Galya tried very hard to look like a soulful femme fatale. Her shining fair hair epitomised the headlong rush towards the heavenly ideal of the platinum blonde (hereinafter ‘PB’). Because the blonde is the crown of creation. The heroes of ancient Greece dreamed of living with her and dying for her; our heroes likewise. When they invented cinema, that ray of light in the kingdom of darkness, the blonde became queen of the world.

Well, maybe not straightaway, but certainly after the collapse of the New York Stock Exchange. In 1931 the film of the same name came out. The earthly manifestation of the PB was Jean Harlow. She was the first sex bomb, blowing the mind of a whole generation. Girlfriend to gangsters and boxers. A tragic figure. A star who burned out in full view of the whole world, like the Tunguska meteorite. Before she even reached thirty, she was gone. The Hollywood tabloids blamed her death on the director Howard Hughes, who forced Jean to poison her hair with noxious dye. Pre-war chemistry was as toxic as hell. The actress’s tender kidneys could not bear the burden. The image killed its bearer.

Life went on, though. New blondes stepped out into the arena. They, too, worked seriously on their image, to their own complete destruction. Producers set squads of gnomes tapping with magical hammers at the golden heads of the models, seeking the perfect form of the power to kill. In Los Angeles and Berlin, in the forges of UFA and Paramount, tap tap tap, day and night, so that viewers could fork out to see ‘The Cinderella of Democracy vs the Brünnhilde of Totalitarianism.’

Celluloid burned well at that time, smoking with presentiments of world war and sparking like gunpowder. Bats flitted above the summer cinema in the town park. Two girls trying to fit into one world was a tight squeeze.

The blonde beast warming up the Wehrmacht cranked up whole stadiums, arousing in men the desire to expand their living space and march, roaring, flambeau in hand and hand in the air. Aryan directors did not bother with variety, perfecting just one model: Lily Marlene, torch aloft, in Valhalla.

The many-faced Hollywood fairy gave her audience the illusion of choice. Something like the zodiac ecliptic, where every mortal woman could find her archetype, either in peroxide or in nature—it was not important which.

Stalin, mean and covetous, furtively enjoyed the product of Hollywood in closed screenings while not allowing his people to do the same. Picture postcards of overseas stars came over the borders as contraband, though. Shadows thrown by the shadows of cinema. A big hi! to the Great Terror from the Great Depression.

Soviet young ladies studied the postcards and carefully picked out identities for themselves. A pussycat with curls. A minx with the pretty face of an angel. An imp in a skirt. A cutie femme fatale. And so on. Galya was not much like Jean. Put it this way: there was a faint resemblance. By comparison with the original, Galya was too snub-nosed; she did not pluck her eyebrows into a thin thread, and her cheekbones gave away the Mongol Tatar lurking in her genes. All this, though, in the grand scheme of things, is trivial. The important thing is the dream.

The picture was taken in Ivanovo, the city of brides, where the names of the streets sounded like calls to extremism. Galya grew up on Fighter Street, in her youth she sauntered along Conspiracy Street, and somewhere there, in the studio of the gobby Armenian, she wasted her first bursary trying to stun the world with four copies of her beauty. She did not have enough money for a big print run. Only those worthy souls who had proven themselves by their persistence received cards.

At the start of the war, two pilots and one poet were seeking Galina’s hand. Such were those times: pilots surpassed poets in both number and capability.

5 December 1942 was her twentieth birthday. The first squadron of the Normandy airborne division marked the day by landing at Ivanovo air base. An excellent present for a student of the philology faculty.

The lads of Normandy turned out to be so strong and healthy that the girls had no choice but to fall in love with them at first sight. Sunburned, smiling, they glinted like flashlights on the wintry streets. Very useful during the blackout.

Knowing neither the city nor the language, the French started by mastering the way to the teacher training college hostel, and strolled around it in delight. Even in the frost they smelled of eau-de-cologne. If they met someone, they filled the air with their bon soir and enchanté. They spoke about the war in mocking tones, badging the fascists as aching teeth and aerial combat as a trip to the dentist for a filling. No reason to put off meeting. N’est-ce pas?

Meetings were fixed up. The language barrier was overcome by giggling. When a tall pilot introduced himself to Galya with the words, Je m’appelle Cesar, comme Jules Cesar, she did not at first understand what he was talking about. Then she got to where she thought the guy had amazing neck—delusions of grandeur, even. She enjoyed it, though. She did not much care for modest people. Discussing her admirer with her girlfriends, she called him ‘My Julius Cheater’, or simply ‘My Cheater.’

On 31 December in the second year of the war, the weaving factory workers’ club—a place exclusively for the ladies—went completely French. The gallants were all charm and chic. The mademoiselles sang along to Edith Piaf. There was a waft of the perfume for which Coco Chanel sold her soul to the Wehrmacht.

Orlova danced with Caesar, who softly whispered in her ear that this was meant to be. You are Galina and I am Gallic. Such a magical consonance of sound could not be mere coincidence. Hitler was not forever. Caesars had been pounding the Germans for two thousand years, and they would batter them in this war too. And—oh, what eyes you have! Grey like the sky above La Manche. You and I will live together in a free France. Après victory, I shall inherit the family business—a fish stall in Dieppe. His words were spoken in vain. ‘Le poisson?’ goggled Galya. ‘Jamais!’ A very direct answer. ‘Fish? Never!’

ANDREY FILIMONOV (b. 1969) is a native of Tomsk, the 400-year-old ‘Athens of Siberia’ and centre of White Russian resistance during the Russian Civil War. In 1994 he graduated from Tomsk State University with a degree in philosophy. He is also a trained journalist, working in both television and radio. Andrey’s poetry and stories have appeared in Nestolichnaya literatura, Antologiya russkogo verlibra, Sibirskiye ogni, Vavilon, and elsewhere. His novels have made an immediate impact in his home market. Both Retsepty sotvoreniya mira (World Creation Recipes, 2018) and his debut novel Golovastik i svyatye (Manikin And The Saints, 2016) were nominated for the Big Book and National Bestseller awards. Manikin was also nominated for the NOS prize, and World Creation Recipes won a Reader’s Favourite award in the Big Book competition. Andrey’s latest book is Plyas nigde, forthcoming from ACT in 2021.

RICHARD COOMBES has written music, songs and stories, and is a former international tax specialist who took early retirement from tax in order to pursue his passion for Russian. Recent publications include translations of a novella by Akim Tarazi and short stories by Elena Dolgopyat, as well as a couple of his own short stories. Upcoming publications include a selection of Russian WWII poetry for a forthcoming anthology, poetry by Lyudmila Knyazeva, a documentary-thriller-biography by Pavel Basinskiy about the life and mysterious early death of Liza Dyakonova, and more stories by Elena Dolgopyat. Richard has just signed a contract (subject to funding) to translate a recent winner of Russia’s National Bestseller book award. Read more at richardcoombeslanguageservices.com.

Fiction in B O D Y

Interview in B O D Y