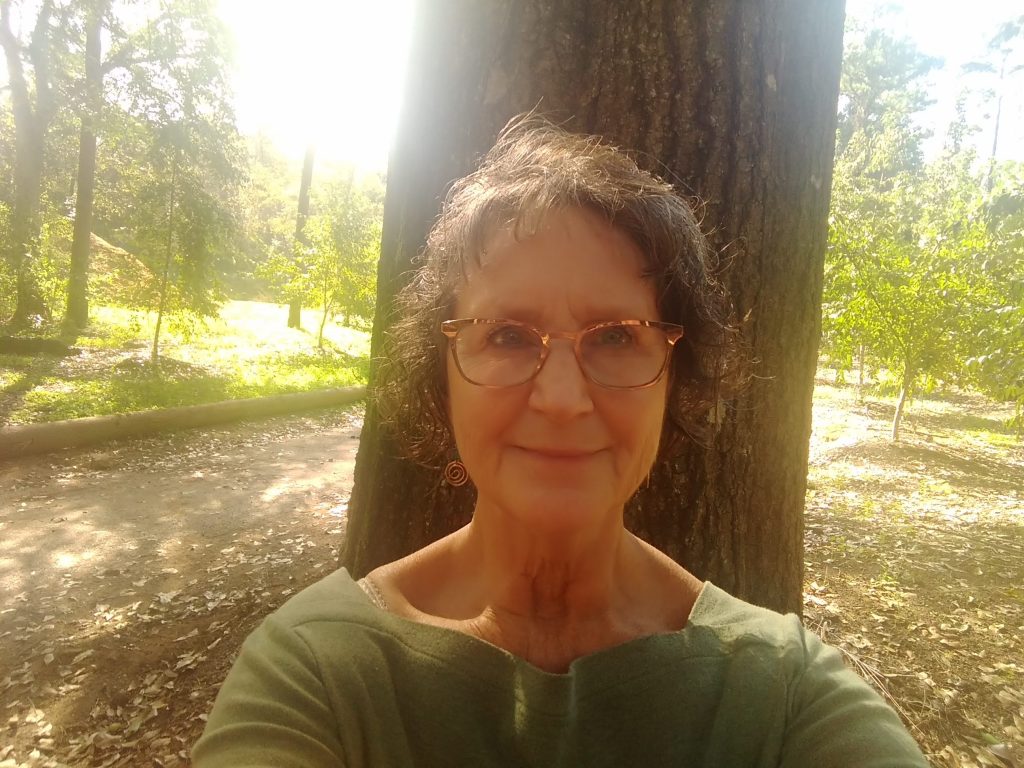 Before the mute mannequin, I am
dumb-drunk. Before the mannequin,
with the stone-white face, downcast eyes,
I have lost my voice, like her, only
for me, it is momentary. You might

notice that her face twins
her sister-mannequins close by—
oh, there are so many of them.
And she—a snowfall of white tulle,
white silk—is angel, angelic, ankiladq

angelique, der Engel, engelgleich.
What disturbs me, and might trouble you
is that vague face. Distant, it shows
disinterest. Up-close it turns to something
like grief. Galliano of Dior has dressed her.

Her religion has dressed her. I can
nearly smell the censer and the incense.
Love among unequals is not a math problem.
Is more profane than sacred. It means
a woman available, without joy.

Across the way, an alabaster mourner
by Pere Ollet grieves, and I do too.
This woman-mannequin-angel-bride
exists to seduce, enchant, elevate us, to
embroider us with faith in antique hierarchy.

Though plain cloth might do, these swaths
of threaded snow, the heavy head-dress
of gold cross and shooting stars—they make
the old grief she carries shine, so irresistibly
now that the woman recedes into stone.

ODE TO A GENTLE MAN WITH SCHIZOPHRENIA

He looked up, when I spoke to him.
I mean, upward at the sky as if
to answer the abundant monarchs
that summer, or the honeybees
occasionally buzzing close by,
or the phlox in the distance nodding
their heads at him already.

Maybe he tried to focus on my face.
That must have been like searching to
find a familiar shape in a foreign field.
Just then, I knew that I could love him
but couldn’t fall for him, or give him
my heart. I’m sure when I told him,
that didn’t lessen his loneliness

or mine, if truth be known. But
because his thinking was broken,
broken off from the world around us,
I began to imagine after a while
the words he spoke as coming from
a flutter of moths because that’s
what he asked me to see

as he took me into the small empire
of his mind for hours at a time.
I mostly recall that time, our talks
as strange, and wonder why I even
entertained the notion of friendship.
It seemed so much work to even
maintain that messy status.

Ultimately, he decided not to
carry on with me, and I was relieved
though sometimes I missed walking
in the caves of his mind, seeing
more than had ever been revealed
to me before, listening to his heart
breaking, his mind splitting further.

REBECCA A. SPEARS, author of The Bright Obvious (Finishing Line), and Brook the Divide (forthcoming, 2020), has her work included in TriQuarterly, Calyx, Crazyhorse, Barrow Street, Verse Daily, Ars Medica, and other journals and anthologies. She has received awards from the Taos Writers Workshop and Vermont Studio Center; she is a recent Pushcart nominee.

Read more by Rebecca A. Spears:

Poem in the November 2019 issue of B O D Y
Poem in Narrative
Poem in TriQuarterly
Essay in r.kv.r.y.