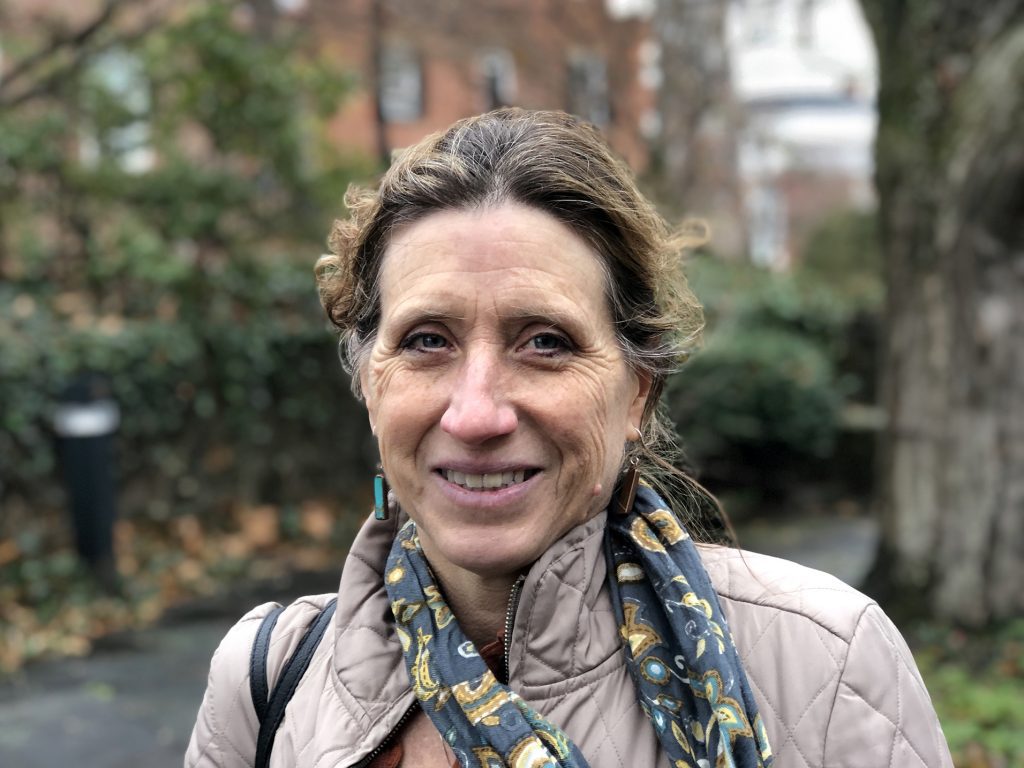 in this world. What you took from your sons and daughter

you gave back again through me.
Days I want more, I look at what you are:

three children who outlive
the burden of dumb hours.

I love you, then, that yours,
without your presence, leave me full,

a pail that you set down.

Tired of his options—
suicide, gun-running, divorce—
Terry Thompson unlocks the gate
to his private zoo enclosure,
releases The Cats, the young Macaque,
four Grizzlies—
—all of his animals—
into the late afternoon light,
finally shooting himself in the head,
but not before
unfastening his wranglers
and taking out his junk, like presenting a gift
to his ex-wife the white Tiger
will not refuse.

Over the ridge, his neighbor, Sam
waits in the barn on his Pinto, Red. His mom,
Mrs. Kopchak watches on WHIZ TV,
safe inside the house.

When the last lion steps into moonlight,
ghostly, spiritual-like, it’s too late
to save the animals.

Even in the telling, redemption looks like
black fur on the rambling roses
the woods will not be rid of;
growls purr up from the dark, mine and

a middle-aged man’s on a pony
just off I-70 who
waited in the quiet for someone
to call the authorities to come
and kill every last beast.

2. AS IF TO SHARE THE PAIN IS TO HALVE IT

Some stories should be left alone,
like why a decent man like you
might kill himself. Or why
a nut-case might keep 48 exotic animals in cages
on his 40-acre farm only to release them on a late October afternoon
just before pulling down his Wranglers, taking out his stuff,
and shooting himself in the head.

Some stories should be left alone because there is no way to defend them
and no way not to see ourselves in the darkest versions of others.
Why we might want to die as the farm’s tall grass gives way to frost,
why the blue of the sky is a Parish blue so that a painter tries harder
to forgive himself. As if to share the pain is to halve it.

Maybe I shouldn’t care so much about the details of this suicide
since I didn’t know him except by association since he lived just a few miles from
my new boyfriend who wouldn’t even be my new boyfriend if you hadn’t also
committed suicide,
and hearing about his exotic farm and his former gun-running and recent
divorce
made me think I better know what I’m getting myself into. Like, are all
men from that county this nuts? And, will I be with this new guy for 11 years
and one day
find a note explaining the unexplainable stashed
under the driver seat of my Kia Rio?
Will he too find his options narrowing like the light as night falls off I-70
on a hillside strewn with the carcasses of 47 un-domesticated animals?

A big cat recognizes ______ when he smells it. Even born in a cage,
a man craves freedom

lets them all out—the big cats, a small Macaque, the Grizzly–
one day falling to dusk in October, 2011,
the details on t.v.
He shot himself in the head.
How you did it.

Do details matter when everything goes dark?

Sixteen days it took me to find your note
at the car wash in my peach dress. I was reaching be-
neath my driver’s seat when I found the indecipherable notes you had
writ-ten as if scribbling in the dark.

JANE ANN (DEVOL) FULLER’s poetry appears in Rise Up Review, Shenandoah, Sugar House Review, The American Journal of Poetry, in the anthologies All We Know of Pleasure and Women of Appalachia Project, and elsewhere. In 2015,  she was awarded the James Boatwright III Poetry Prize and earned her MFA from the Iowa Writer’s Workshop. She co-authored Revenants: A Story of Many Lives, published with a grant from the Ohio Arts Council.

PrevPreviousPavla Horáková
NextLove in a Time of Terror: An Interview with David BiespielNext