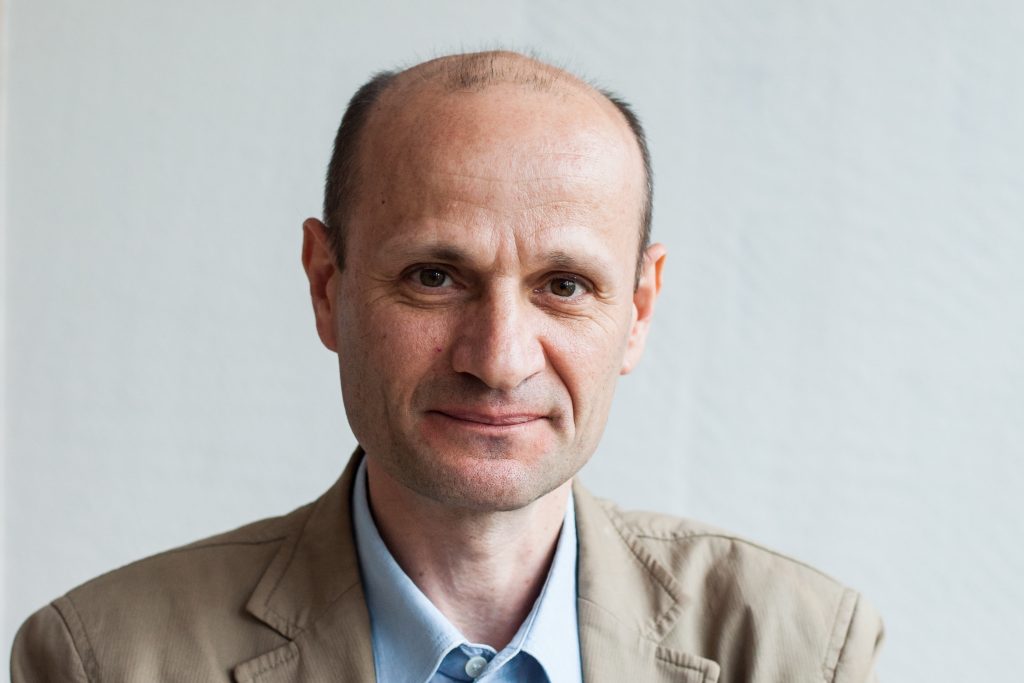 BILLIARDS AT THE HOTEL DOBRAY 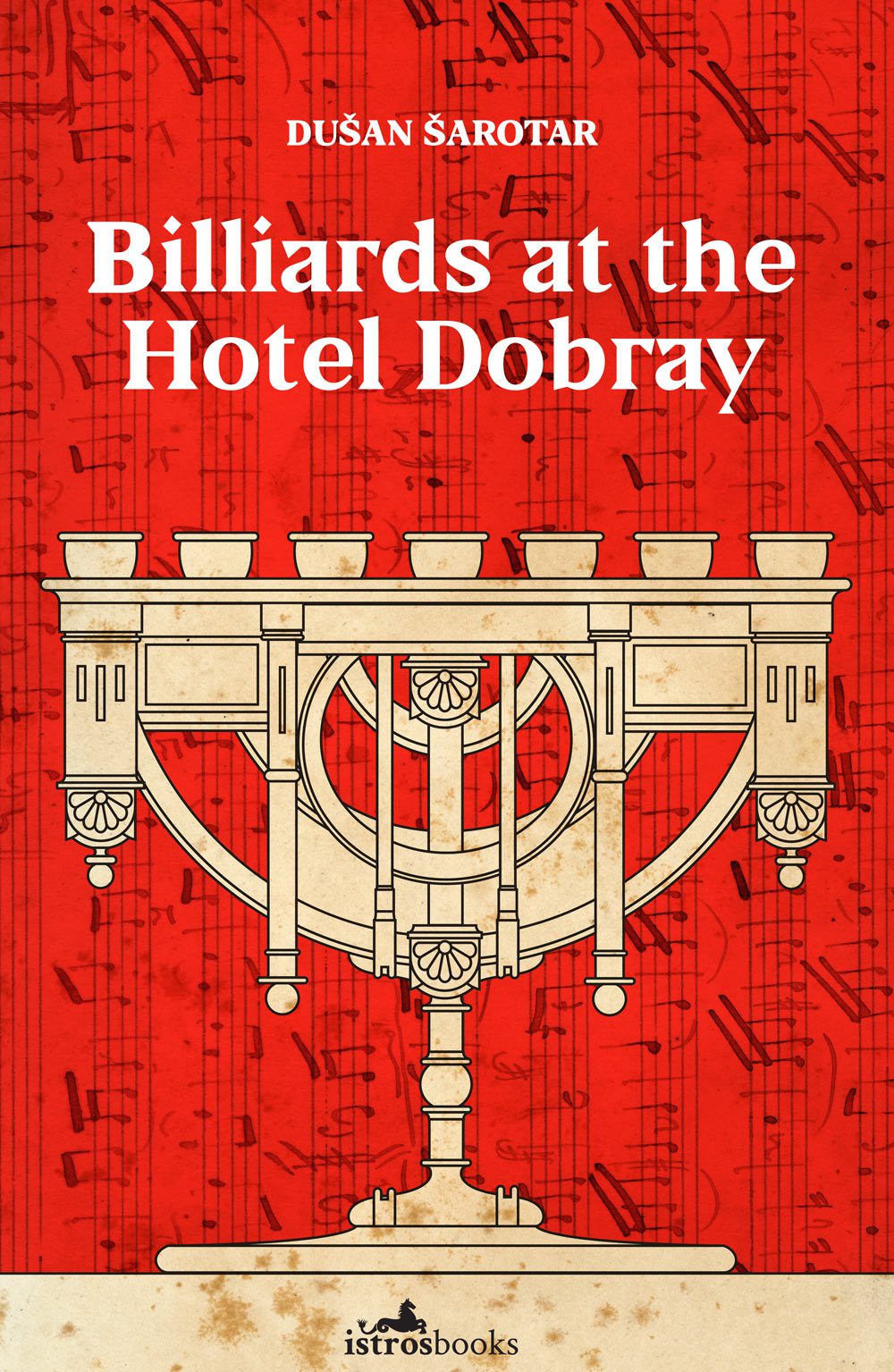 A dull, hollow sky stretched down to the squat houses, which were wheezing shallow breaths into the damp, stifling air. These strange, colourless exhalations, rising from the dead earth and errant mists, had settled in front of the town – the varaš – like a mighty ghost from the past which not even children believed in any more. The secret that once lingered in these parts had again had to flee. It could be felt in the strange murmuring that hovered above the open plain. Now, at the hour of its departure, a sticky emptiness was opening. Somewhere deep down only oil stains and pillars of rock salt remained. Hidden in dense fog, which no wind would disperse for a long time, lay the last evidence that life could be any different.

The shine had faded long ago from the silver coffee spoons, and the determined clack of chessmen on chessboards, once intermingled with fervent conversations, had fallen silent. In the background of this genteel and seemingly well-mannered play of words and wit, the town lived its other, secret life. One sensed it as a devious, dire, even incurable disease that was slowing eating away at the idyllic façade. Perhaps it was only the spirit of the age, about which there had been so much discussion, but everyone agreed that the golden years they had shared were passing, the days when on the street, in coffee houses or at the cinema, the people of this small world, hidden from the world outside, would meet and greet each other as in a big communal garden.

Sadness, inexplicable melancholy and staring at dark landscape paintings and faded photographs, long solitary daydreaming and, especially, sinking into silence – these were all signs of the chronic disease that had been gaining power over the varaš.

At this hour, in late March, in the year 1945, all that could be heard from the cellar bars and illicit taprooms was an incomprehensible mix of half-drunken tongues struggling to keep up with the tuneless wail of violins and cracked drums. Now the only things in tune, playing with manful resolution, were the army bugles, which were summoning soldiers to the final march.

That night the story of good men and women could barely stand up to the devious wind dispassionately erasing the words on the faded monuments of the law. This mysterious force was stronger than the storms and deeper than the floods that were once talked about here. It came as a vague feeling, or a long, harrowing dream, which burrowed into people’s souls even before they fell asleep or drank themselves into a stupor.

All of this was pressing down from above on this forgotten, sleepy town, tired of contrived splendour and barren grandeur, too tired perhaps even to die, as hope had died – hope in the coming of the one who will judge by the letter of the law.

The wooden roller blinds on the tall windows of the middle-class houses and shops on Horthy Street were tightly shut; somewhere deep behind these windows, beneath the cool ceilings of drawing rooms, in sitting rooms that looked out on gardens still gripped by icy dew, words were few, wrenched out like a hacking cough for which no medicine existed.

‘Brandy taken with honey and bed rest – that’s the only thing that helps,’ people said on the street. But for timidity and especially the fear that comes from a chronic lack of will, there was no effective medicine. So the silence and the rare, awkward word uttered behind thick walls sank ever deeper into memories of earlier, better days. What was growing ever louder, and was, so to speak, already at the gates of this unwalled, sleepy varaš, which shook with every Pannonian breeze, only a very few saw in their sleep. It was something wild and destructive, yet at the same time liberating, like a strong home remedy for a bloody cough, which in large doses causes intoxication, madness and often even death.

The small windows, too, in the working-class and semi-farming houses, which stood in regular rows abutting long, muddy streets, were draped in thick, oft-mended curtains, which almost nobody took down, even during the day. In these low, dark little rooms, people spent entire days just sitting and waiting, the life slowly draining from their pale faces and watery eyes. For the past four years, the invisible river of time had been flowing through them, and was filled with all the hatred and despair its eddying current had picked up and carried from somewhere far away. In this peaceful, level terrain, where the river became more sluggish, where it almost came to a stop, it was slowly unloading this unbearable burden.

All of this lay on the souls of the silent, patient people who in this remote and hidden world were obediently sitting and waiting. In their humility and devotion they might well have been chosen by God himself. Devotedly they bore the senselessness of a world they knew only by hearsay, and did so for no other reason than to keep the world from collapsing on the muddy plain and falling forever into the universal abyss.

Thus had the town stood long years in isolation, gazing inwards and almost forgotten – by God, by grand politics and even by the slaughters of war. But now, as the war was approaching its denouement, an evil eye had suddenly started exchanging glances with this backwater world.

The end of the war was on the doorstep; one sensed it in the sordid peace in which the townspeople were so soundly asleep.

But every so often, from somewhere far away, from beyond the heights of Srebrni Breg, where the view opened onto the endless, rolling plain, across Hungary, Poland and all the way to the Baltic Sea, came the sound of muffled explosions.

It was not stars that were reflected on the Pannonian sea, but artillery fire. On a night such as the one that day in March, a night too dark for early spring and much too dark for the first red spring, of which there were already whispers, one might from a high balcony have seen the illuminated star of the Kremlin. But there were no high balconies here, and no one had climbed a church tower in a very long time, so everyone relied solely on rumours, half-truths, hopes and, especially, on fortune tellers, who from behind every corner were gazing into the future.

DUŠAN ŠAROTAR, born in Murska Sobota, Slovenia, is the author of five novels, three short-story collections, and three books of poetry, as well as a book of essays. He has twice been shortlisted for Slovenia’s prestigious Kresnik Award – for the novels Billiards at the Hotel Dobray (2007) and Panorama (2015). Panorama, in English translation, was also shortlisted for the Oxford-Weidenfeld Translation Prize (2017) and longlisted for the Dublin Literary Award (2018) and, in Spanish translation, won the César López Cuadras Readers’ Prize (Sinaloa, Mexico, 2017). He has written fifteen screenplays, including the short film Mario Was Watching the Sea with Love (based on one of his short stories), which in 2016 won first prize for Best Short Film at the Ningbo (China) Central and Eastern Europe Film Festival as well as a Global Short Film Award (New York). Šarotar is also an acclaimed photographer, whose work has been exhibited at home and abroad. Photographs from his series Souls are included in the permanent collection of the Galerija Murska Sobota.

RAWLEY GRAU, originally from Baltimore, has lived in Ljubljana since 2001. He has translated numerous works from Slovene, including Dušan Šarotar’s novel Panorama, which was shortlisted for the 2017 Oxford-Weidenfeld Translation Prize. His other translations include two works by Mojca Kumerdej – the award-winning novel The Harvest of Chronos and the short-fiction collection Fragma – the novels Dry Season, by Gabriela Babnik, A Chronicle of Forgetting, by Sebastijan Pregelj, and The Succubus, by Vlado Žabot, as well as the short-fiction collection Family Parables, by Boris Pintar. He has also translated and edited a collection of poems and letters by the Russian poet Yevgeny Baratynsky, A Science Not for the Earth, for which he was awarded the 2016 AATSEEL Prize for Best Scholarly Translation.

Essay on W.G. Sebald on Peter Owen Publishers’ website
Excerpt from Panorama in Numéro Cinq
Review of Panorama in The Guardian