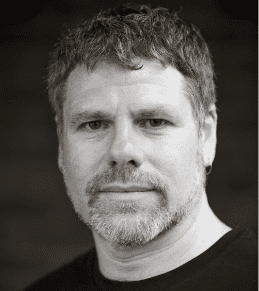 Along the perimeter of a busy compound, on a sidewalk in front of a high black iron fence, two women are standing in a drizzle without umbrellas. Early fall, before trees turn, with the stubborn warmth of summer holding off cooler weather. They are facing each other, one with head bowed, reading something to herself on her cell phone, the other watching her read. Tiny pearls of water collect on strands of hair. Slowly, the reading woman’s face starts to change. The lips, starting at the center, slowly curl in a tight grimace, the brows bear down; cheek muscles push, reducing the eyes to slits. The whole face, for a flash, resists collapsing into unbelieving grief, then collapses. The reading woman’s eyes stay trained on the words; she keeps reading through first tears, her shoulders shivering slightly, the tension of a lake troubled by growing wind.

The other woman speaks, her body strung in readiness, to lean in, to comfort. But something holds her back. The shock of impact, what the reading one is reading, an unexpected blow, keeps the other woman pushed outside of it, she’s not allowed in. Even in public, the reading one’s first intimacy is with herself. She must meet herself, as in a grove of thorns. She must stand there, still, in a silent settling of lengthening night, green thicket beginning to redden. To welcome in the other, she needs first to add time. You can see that it’s already quickly re-forming, finding new direction, grief shifting to mourning. Only then does she somehow signal to the other woman, she can come in now, permission is granted. An inviolable public privacy has been turned inside out, like a shirt that one is still wearing.

The other woman takes a step towards her. A first tentative hand on a shoulder gives way to an embrace.

They are together, finally, in each other’s arms, new lovers joined by the need to be consoled, the need to console. Seconds go by. Then a day, then years. And space opens between them even as they stay touching.

JOSHUA WEINER‘s most recent book is TRUMPOEMS, published as a free download by Dispatches from the Poetry Wars (2018). He lives in Washington D.C.