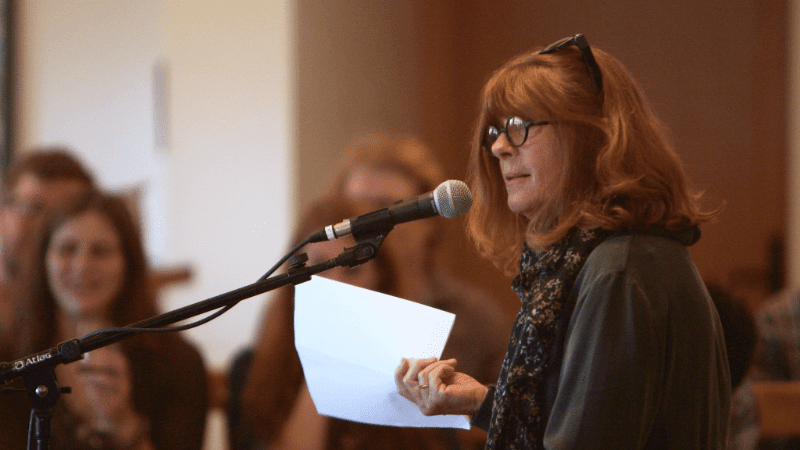 My brother doesn’t remember all of it
and I don’t either. Between us

most of that day is lost. What he
remembers is me holding his hand

as the doctor stitched his finger,
the sutures going in and disappearing

beneath his skin, the bright needle
popping up again, trailing its black thread.

I remember even less. So little in fact
that I often wonder if I was really

there at all, except in his memory
which has now become mine.

He says he wasn’t scared because
I was there, though why I was there

neither of us can remember.
You were though, he says, and each year

he will always be younger than me.
What’s between us in our childhood:

a trashcan lid he used as a shield,
the broom handle a spear, and still

his knees were embedded with gravel,
his lip bloodied, one eye almost

blinded by a thrown berry, his arm
broken in two places. And though

he could not keep our father from us,
as I could not have kept him from

his fear, when he insists I did
I believe him, and Belief sits down

on the couch between us
like a cousin to truth.

DORIANNE LAUX’s most recent collection is Only As The Day Is Long: New and Selected, W.W. Norton. She is also author of The Book of Men, winner of the Paterson Poetry Prize and Facts about the Moon, winner of the Oregon Book Award. She teaches poetry at North Carolina State and Pacific University.