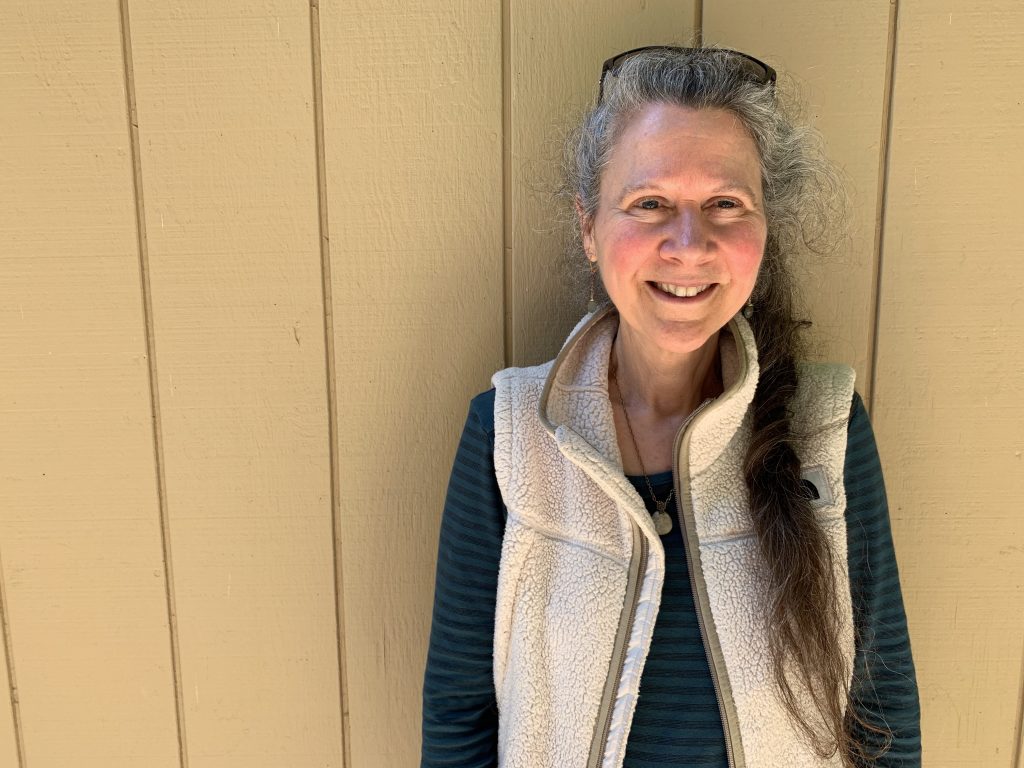 That year? I smell it mostly in the smoke of one long joint
after another in parked cars next to emptied pools
on summer days, days that burned into night, believing
one turn of the key and I could drive away.

Inside, the wicker chair wrapped its wings around me,
and the voice that slunk across my windowsill
when I lay in bed at night, hands over my ears, dropped
soft obscenities: Suck me, you’ll like it too,

show me your cunt, come on girl—the breathy voice
my skin could never quite forget, in bathrooms
where I scrubbed my palms and underneath the nails.
Still, when I trembled, the trembling knew his name.

I hated my flesh then, and most evenings drove
my car for ice cream at convenience stores. I was so ashamed
I chose different shops, concealing my identity.
Sometimes the day would pass in sleep without my caring,

and the dog from the pound cowered in front of me.
I tried to love her anyway, though it was nothing I knew,
her short brown fur lifted or her head lowered and ready
for the kick. I never did. She saddened me

then. I held on to no one. We lived a side by side
existence that’s common to those expecting little,
like men with burlap bags who raid the garbage bins
and lie in doorways or sprawled on sidewalks

like refuse dropped. I knew no hard gray
life like theirs. Still the sun cracked the ground
each day, and burned that measly stripe of grass—
the asphalt must have felt like lava to the dogs

who picked their way across to find a wrapper
flattened to a fence. Maybe a half-eaten sandwich,
its layers of loneliness. Bologna, hardened toast.
The grease smeared their muzzles. They never shared.

And the night I touched my doorknob and it fell off
in my hand, the chairs tipped onto their backs,
my bicycle partway out the kitchen door, kickstand down.
Rings, cash, safety. No one. The dark and the lamp.

How to go on? The heat still stretched endless—
staring down the fan, then pulling on slinky dresses
over sweat to wait tables in a smoky air conditioned
room. The fat steaks. But mostly now I remember

the poems, leaving their intricate, murky trails.
Like snail tracks. The tracks I couldn’t follow.
And then the first rains steamed like factory pipes
or the red faces of fancy restaurant cooks,

and then the first cold breathing on the fields—
and classrooms, the professor with his notes on the desk,
the way he seemed to know just what he thought,
and stood so carefully, shifting the weight in the room.

DEVIKA BRANDT’s work has appeared in Poetry International, Nimrod International Journal, The Hampden-Sydney Poetry Review, The South Carolina Review, and Rattle, as well as named a finalist for the Rattle Poetry Prize and a semi-finalist for The Pablo Neruda Poetry Prize. She lives, writes, and teaches poetry to children in Northern California.