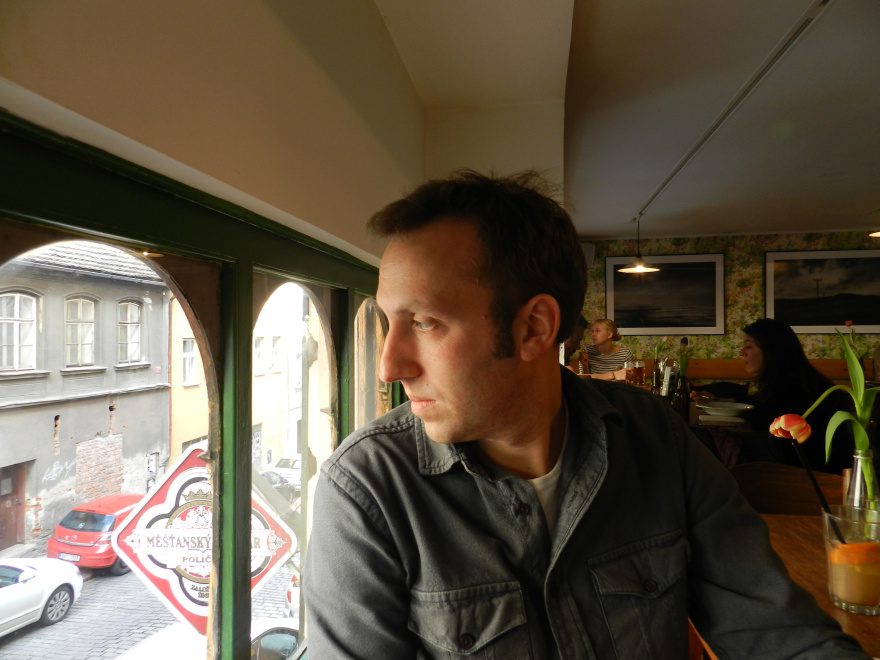 I write this from the attic apartment in Berlin. I imagine you don’t approve of me returning here, but nothing could be done about it. I am here. I close my eyes and see scenes of domestic life flicker in pale outline—Liliana running into the kitchen in her pajamas, Ezra crawling his way stubbornly across the floor to retrieve a toy, Bea reading on the sofa. I blink and these scenes disappear. The space is empty again, and if it weren’t for the pencil markings of children’s heights on the wall by the bedroom door, I would doubt that this life ever happened. I do doubt it, because there never was such a life. It’s a shame that in those large American suburban houses, like yours, there are none of those openings—those ways into hidden rooms, forgotten stairwells and passageways into gaps that contain lost spaces and other flows of time. The same absence occurs in the new buildings in Berlin and Prague—their architects and builders made sure to seal everything up tight. Everything is perfect. No crack, no fissure can be found. There is no other reality in these spaces other than that which is directly seen. How odd it would be to live one’s life on such a stage without ever peering behind the curtains at the ropes and pulleys, at the old costumes, the dusty props, the painted wooden sets long faded—oceans and forests and sunsets and living rooms and bedrooms and even small cell-like writing closets off of kitchens in attic apartments. Offstage—fragments of memory.

An example: earlier, after I first arrived here, I went out on the terrace and was gazing across the courtyard toward the terraces on the other side. I saw a young woman hanging laundry on a rack. Though the woman’s hair was covered by a headscarf, I recognized her as H., the girl who’d play in the courtyard with Liliana most days in the afternoon when they were between three and five years old. Thinking she was alone, I guess, H. untied and removed her headscarf. There it was—that wild, curly black hair that I recall so well, blowing in the unseasonably balmy wind.

No, Henry, no—H. is but a ghost, one among many, like Bea, like Liliana and little Ezra. I open the narrow door that leads from the kitchen into my tiny office—my writing pantry, as Bea called it. Along the far wall is the wooden board I fixed to the walls as a desk. The green lamp still stands on it, exactly where I left it. I go over and flick the switch and the bulb glows, undimmed by decades of neglect. I sit down in my chair and take out my notebook and pencil—I write to you. I want to write you this letter before I turn to something else, a something that will require me to seal off the narrow door to the kitchen from inside the pantry, closing me away. If there’s a way out for me, it’s not by way of the kitchen again. It could be that I will emerge by following one of those forgotten passageways out of the space, and that when I do I’ll find myself on a distant rooftop breathing in the cool, fresh air. Or it could be that I’ll discover a narrow crack that leads only downward into that labyrinthine network of basement storage spaces that weaves its way in the darkness beneath Berlin. Or perhaps a door will open in one of the walls at random and I will tumble out of this in-between space, the pantry, and into another life entirely. Anything is possible.

This endlessness of possibilities caused me to pause before leaving the kitchen behind. During this moment, I stared at the whitewashed door in front of me, and for an instant it seemed to reflect all of life, which is to say the entirety of my memories. As I considered this, I had the following thought: There is a destination but no path; what we call a path is only hesitation.

SETH ROGOFF was born in Portland, Maine in 1976. His most recent novel, Thin Rising Vapors, was published by Sagging Meniscus in 2018. His first novel, First, the Raven: A Preface, was published in 2017. He has translated several works by Franz Kafka, including The Castle (2007). He is currently working on a collection of fictional lectures and a nonfiction book on the politics of dream interpretation. He has been a creative writing Fulbright Fellow in Berlin, where he lived for ten years. Since 2015, he has lived with his wife Jana and their two children in Prague.

Read more by and about Seth Rogoff: