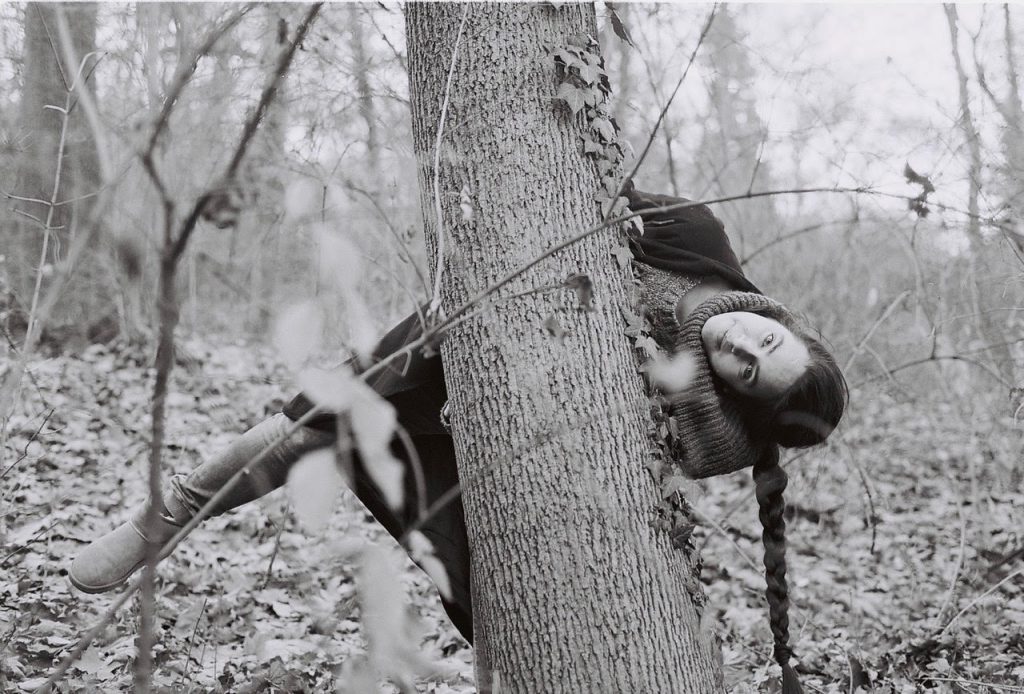 MY DAUGHTER MARCHES THROUGH THE FOREST

I.
My daughter marches through the forest. She can’t do it herself, so
she uses my legs, my eyes and my fear. Her voice
and her calls for the lost dachshund vanish in the branches.
We’re alone here. Alone and November.

II.
We’re not alone at all. My daughter sees everything, pointing a finger
through a half-decaying gown of vines, into mists in a petrified thicket.
A trumpeter coaxes out the caps, oak apples and late season
mycelium. These all talk later; at exactly three in the afternoon.
I’m trying to be younger.

IV.
I sing from need, my daughter marches through the forest,
I always sit on this bench when she sleeps. Always
is the word of infectious craving. You always have seconds,
not giving a damn about your belly fat.

V.
My daughter sleeps in the forest. I’m sitting in a different spot. The surface
is dead, yet the eerie house returns to life. One day someone
will call it home, in the meantime the garden stinks of leaves.
Burrows emerge from under the new fence. The Little Mole
and friends. Into the drenched earth, I trace footprints from need.

VI.
There’s no way around it: this forest is small. Any guy could
toss a cricket ball over it, as long as his hands aren’t clutching phones.
My daughter marches through the forest, I say: the forest of her dreams
is bottomless; I say, I talk, arms waving.
My daughter sleeps in the forest.

JITKA N. SRBOVÁ is a Czech editor and the author of three poetry collections: Někdo se loudá po psím (Someone’s dawdling like a dog — Dauphin, 2011); Světlo vprostřed těla (Light amidst the body — Dauphin, 2013); and Les (The Forest— Dauphin, 2016). Her work has been featured three times in the annual anthology Nejlepší české básně (Best Czech Poems — Host) and she is a frequent contributor to the literary magazine Tvar. A professional copywriter, she lives in Hořovice, a small town west of Prague.

RYAN SCOTT is a writer and translator. Most recently, he had a story included in the anthology Crush, published by MidnightSun publishing.