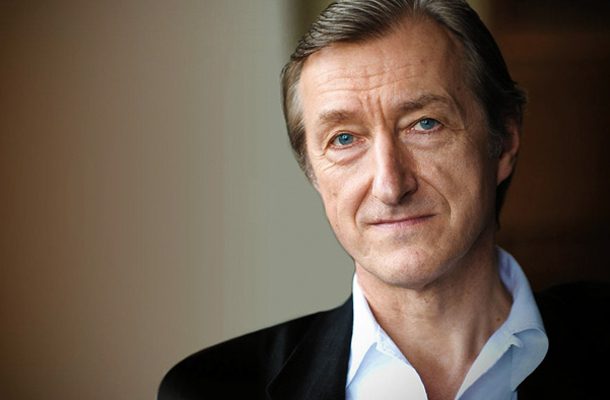 Julian Barnes is the kind of writer who composes the same book again and again, making every new incarnation more polished than the last. This is true of his latest novel, The Only Story, which tells the story of love between 19-year-old Paul and 48-year-old Susan. Set in an English suburb in the 1950s, the novel is narrated from the point of view of Paul who is trying to remember a life that has already happened. His undertaking involves all the themes and feelings which are characteristic of such an attempt: regret, bitter contemplation, and melancholy.

As Barnes remarked in an interview to The Guardian, The Only Story came out from his earlier novel The Sense of an Ending “in which there is a central relationship between a young man and a middle-aged woman, about which we are told nothing.” Although Barnes also claims that his new novel describes a different couple, some of the themes of The Only Story are similar to those from The Sense of an Ending (2011). The latter book is about “how we let life happen to us.” The novel’s protagonist is characterized by an intelligent yet fatalistic approach to the uncontrollable chaos of life (the novel ends with the words “there is great unrest”).

The constitution of such a protagonist was inspired by Frank Kermode’s book on literary history The Sense of an Ending (1967). One of Kermode’s arguments is that our attempts to cognize the world are influenced by our persistent knowledge of the inevitability of the end: “the paradigms of apocalypse continue to lie under our ways of making sense of the world.” This thesis underlies The Only Story as well as The Sense of an Ending. But if in the latter novel there was the possibility of mystery (the protagonist didn’t know the causes of some of the events in his life), The Only Story has all the details arranged in a cruelly clear way: there is nothing but the hermeneutic completeness of memory.

In his mind and on the page, Paul is trying to reenact the particles of memory orbiting his life and his broken love story. The novel is divided into three parts. Each is told in a different voice that tries to define what love is. At first, there is the rebellious first-person narrator who imagines himself in opposition to his contemporaries. He describes them as the faceless “Carolines and Hugos.” He calls his parents’ marriage “a car crash of cliché.” His love for Susan is a victory over the platitudes and boredom of life.

Idealism doesn’t pass the test of life’s practicalities. Paul’s love for Susan begins to crumble under the duress of circumstances. The second-person narrative voice of reason tries to persuade the once heroic Paul not to give up. But he does give up and so the third part of the novel is narrated through the detached and broken third-person voice. It’s a metaphor for how memory works: one’s life looks like someone else’s when one is thinking about the past. Hence the negative resolution of Paul’s attempts: love “could never be captured in a definition; it could only ever be captured in a story.”

The novel’s real plot consists not in the “events” that Paul is recalling, but in his thinking about these events. Memory is mutable, and the real story that the novel tells is the story of changing attitudes. These attitudes belong to a person who knows how things have turned out. Speaking about life, Paul is constantly keeping the knowledge of the end in his mind.

It is because of this knowledge that the novel repeatedly emphasizes the impossibility of answering any of life’s big questions. A system of strategically implemented leitmotifs contributes to this. One is the crossword puzzle that is very popular in Paul’s village. In an episode form the first part of the book, Paul, who despises crossword puzzles, helps Susan’s husband solve a few of them. The whole scene, which would have been a perfect opportunity for a postmodernist writer, turns out to be a quiet and sad affirmation of the fallacy that “once you have solved something in life, you will be able to solve it again.” Even though solving the puzzles of life may seem like being in charge of things, there is really no such thing as control over one’s destiny.

It is notable that this episode does not indulge in playing with signs and meanings, despite the semiotic capabilities that the crossword puzzle may provide. Instead, Barnes makes Paul escape the illusion of “symbolism.” Born in the ’50s, Paul belongs to the generation that created poststructuralism, an intellectual movement that emphasized the interplay of signs and symbols. But Paul does not share the poststructuralist ideology. He never says, like poststructuralism does, that meaning is unstable, or that it does not exist. Instead, he makes a purely analytical statement, saying that meaning is real and its essence is tragic.

The novels of Julian Barnes always have two levels: the worldly level on which the plot unfolds, and the second level, which is pure thought. This thought processes all the chaotic events of the first level, making them if not logical, at least understandable. Reading Barnes is thus a balancing act between the profane and the sacred.