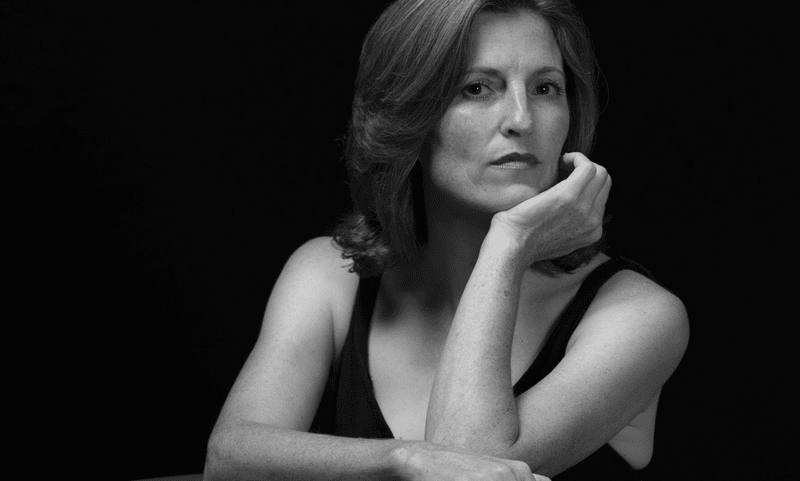 Making tiny work
of what I could not budge,
the bear lifted my left-out cooler—so heavy

it would have taken two people
to stagger it to safety—
and slammed it down, snapping its hinges.

I lay in my flimsy shelter as he tore into
what he wanted, smacked his lips,
snuffled loudly for blueberries.

Such fondness for small pleasures
within that shouldered broadness.
What he liked, he licked carefully the last of

then left my ice chest strewn,
jagged valleys notched in its surface,
useless latch like a mouth, hung open.

Two days later, you were hospitalized.
My pain was tented, silent. Night after night,
it lay inside the pitch black of me, listening

while your illness rummaged
inside you, digging, clawing,
sniffing for the sweetest parts.

I bring retainers
to hold her teeth in situ
while the rest of her slips askew,

and a change of clothes
though all the days she’s here
I know she will not change,

and three kinds of floss
which they won’t give her
because: hanging.

The nurses turn their backs
to this locked ward,
bored with suffering.

Merciless, this hospital
where I lay
and forced her out

and the years since,
trying to live
in the suffocating space

between our rock
and our allotted
hard place.

Five years into your child’s illness,
when you can no longer conceive of life
without its dank presence, you see
a blanched sky bearing a trace of rose
and the moon, risen huge—
an affront like your lover’s face
turned toward you for the last time,
his sweet, rescinded body a scaffold
you once clung to. Radiant in departure,
he gazed back, bright as this orb God raises
to say, Look. This is what I can do.
This is what I refuse to do for you.

Poems and essays in B O D Y