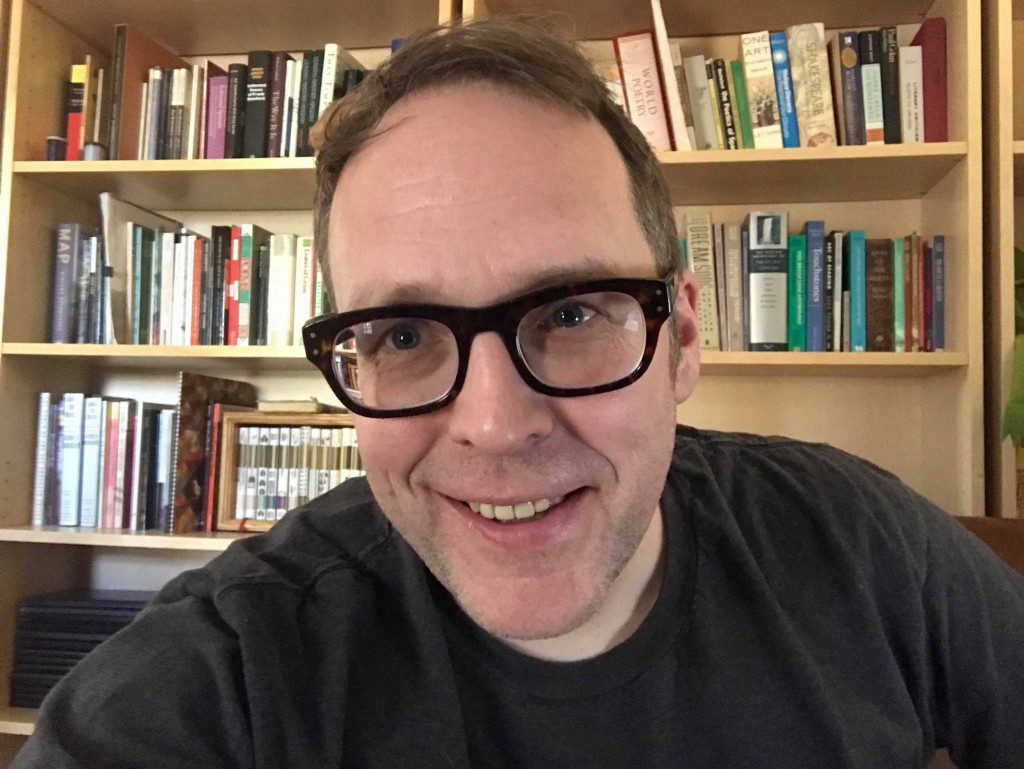 THIS AND EVERY ELECTION

It rained, and I almost saw
my grandmother’s wooden walls

swelled in their every cell
by radiator and cigarettes,

and warm. And
some kind of bird

red in my ken
until I turned to see it.

And the tree of what I know
was never there.

We wanted the joke
to be on them again.

We want the joke
to be on them.

One death tugged up by another
like Kleenex from a bottomless box.

Mourners blowing their noses
on each of the infinite deaths!

But the obituaries,
there’s only one guy who writes these.

He takes notes
as he walks to work:

death as a rotten little sandwich,
death as a tarry roof.

As a tangerine leaf
rubbed into the wooden crate.

As the scatter of dirt
at the crate’s bottom.

though the library is gone. Death
as the way you signed your name as child.

It is only the way that persists,
not the signature itself.

And already he is at his office door,
which today is painted blue.

THE DEPTHS OF OUR STUPIDITY

Unfathomable, but
who uses fathoms anymore?
A man climbs into a ghost
and wonders where the fear is.

DISCLOSURES FOR THE HOME I’M SELLING

Coyotes get on the roof.
That’s where they take their rabbits.
You will lie there listening.
The blood stays in the shingles.

From the front porch
you will hear five languages spoken.
Of these you will understand English.
The rest we have been in wars with.

My son speaks more every day
but I get deafer.
We will align for just one day
where I hear all of what he says

but not more. Our voices
like our blood briefly
will with one another be exact,
each of my blood cells

banging its iron at him,
each of his banging back.
We will not know what it means
but we will understand.

BRADLEY PAUL’s poetry has appeared in American Poetry Review, Boston Review, Smartish Pace, Fence, and numerous other journals. Plasma, his third book of poetry, will be published in 2018 by University of Pittsburgh Press. He currently lives in Los Angeles, where he writes for television.