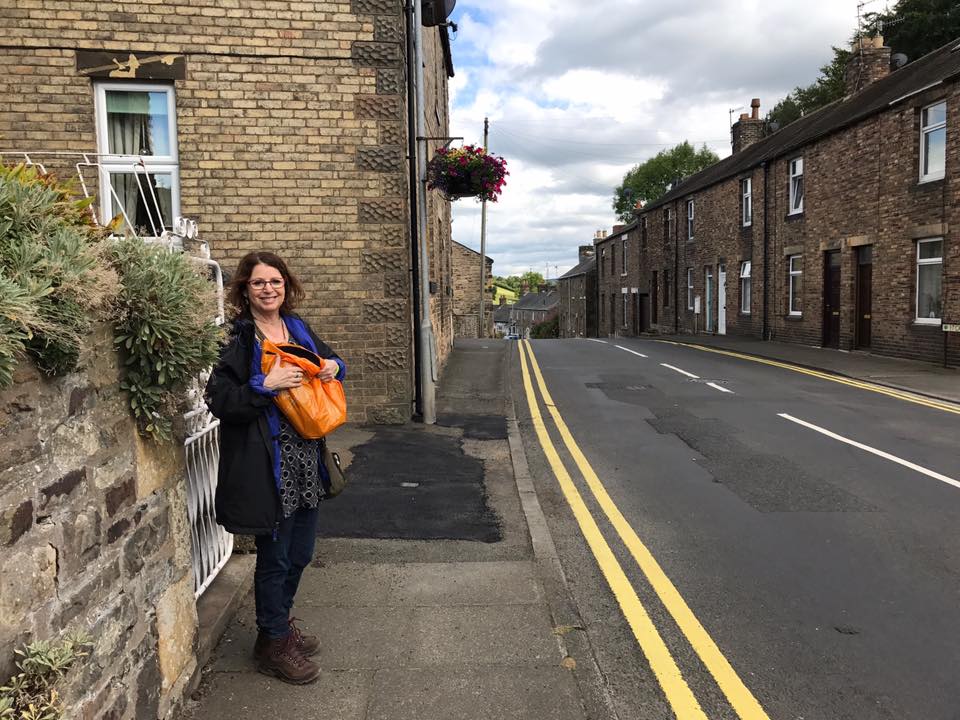 This new patient was an eccentric, there was no question. She was nuts, but in a pleasant way. Her nuttiness involved an imaginary shoulder bird. The bird always came with her.

His late wife had always wanted a parakeet but had never owned one. The doctor didn’t approve of domesticated birds as pets.

She was not talking to the doctor, really. Cooing and gurgling, she said, “Polly is very pretty pet.” She, the patient, was lovely in the paper robe, flat against the examining table.

Inside the doctor’s mouth, his words felt stuck. Something was gooey and stuck inside his esophagus. What would he say, anyway?

She prattled on while he prepared to examine her. “Feet in stirrups, now,” he said.

“Polly no wanna,” she reported to the doctor after he inserted the speculum. A routine exam, of course, but nothing had ever felt less routine, with the bird there.

He really felt the presence of that tiny, talkative spirit. Animals were not allowed inside the medical building.

“What is your favorite hobby?” she asked the doctor while he looked inside. “Polly wants to know. We want to know something about you, both of us do,” the patient said.

“I’m a falconer,” he answered. He had no idea why he said it. It was a lie. He was not a falconer, but sometimes he felt like one. He could be one. Nobody was going to make him feel badly about the things he wanted to do. Nobody was holding him down or trying to domesticate him.

MEG POKRASS is the author of four collections of flash fiction, and one award-winning collection of prose poetry, Cellulose Pajamas, which received the Bluelight Book Award in 2016. Her stories and poems have been widely published and anthologized in two Norton Anthologies: Flash Fiction International and the forthcoming New Microfiction. She is the founder of New Flash Fiction Review and co-founder of San Francisco’s Flash Fiction Collective reading series. Currently, she teaches online flash fiction workshops and serves as Festival Curator for the Bath Flash Fiction Festival.