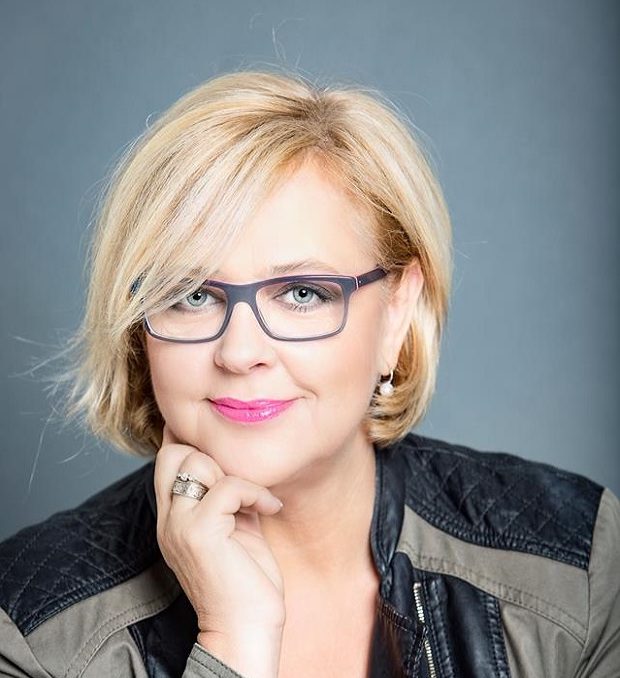 “Do you know anything about her?” I ask the friend of my little sister when we bump into one another at the petrol station cash desk. Melinda had worked with her. The woman who my husband had said was the great love of his life before me. And I was curious. Because however many times I heard her name, I felt a knot tighten in my stomach and my palms started to sweat. Alright, it’s not that her name came up a lot, but if once in a blue moon it did, then Tamás always cleared his throat, so I didn’t like it if anyone brought her up in front of him.

“Sure!” said Melinda. “She’s still got a man, some married man with two kids but every afternoon he picks Kati up at her workplace. I don’t get how he’s able to constantly tow a lover about town with two kids.”

“What a tart! Of course she’s running a line with a married man, she left Tamás for someone similar at the time.” I snark, but I relax. It’s good she has someone, I needn’t break out in a sweat because of that.

“Why even talk about it!” I say to Melinda, “I’d better go, I’m sure the boys are fighting in the car, anyway that’s just the way Kati is and that’s how she’ll always be, she’ll always want what’s not hers, it’s not even worth talking about.”

Of course, I never knew her but it sounds so good, I want to show Melinda that, you see, this woman doesn’t bother me. Afterwards I drive to work uplifted, I even sing to the boys along the way.

Tamás left yesterday, that’s why I’m bringing the boys into school, in the mornings Tamás usually brings them. In the afternoons I pick them up because he works long hours. Tonight we’ll figure out something nice for the evening, maybe I’ll invite my friend over with her kids. Edit has two boys as well, the same ages as ours. Edit’s husband, Karcsi, went to school with Tamás, they’re not the best of friends but since Edit is an important childhood friend of mine they tolerate one another. Tamás thinks Karcsi’s been jealous of him since they were kids, I’ve no idea, but there could be something to it. They don’t like visiting when Tamás is home. Usually Edit’s tongue-tied, I think she’s the one who doesn’t like my husband, not Karcsi, but I didn’t want to say to Tamás because she’s a friend of mine, I don’t want him to feel angry at her.

I call her up and I tell her that Tamás is in Moscow all week, and I’m so proud of him because you know, Editke, the fantastic work they’re doing with that charity.

I put the water on to boil, the kids want spaghetti. Dad doesn’t like it, so when he’s not home it’s the first thing the boys ask for. Edit’s lot arrive, the kids immediately disappear into their rooms, we won’t have to worry about them until dinner. Edit leans against the kitchen cabinet and asks me, how long is Tamás in Moscow again? I tell her he’s coming back next Tuesday, until then I can’t even reach him on the phone because you know, the signal and all, and, anyway, he won’t have the time to be constantly calling us. For a while it’s been like this when he goes to Moscow; we’ve gotten used to not speaking for a week. I mean, he doesn’t go so often, but twice a year maybe because the charity’s sister organisation is based there. Edit nods, uh-huh yeah, of course, he really is a great man, your husband. Then we spoke about Edit’s husband. She complains that there’s not much sex, Karcsi’s not been well recently, she’s even been questioning whether he’s still in love with her. I smile to myself, well, if there’s one thing we have plenty of, it’s sex. You know, if it were me I’d keep an eye on him, I say to Edit, but I see her face cloud over, so I drop my malicious comments and call the kids for dinner.

Karcsi, Edit’s husband, calls in on his way home from work and since it’s not Edit’s cooking he has something to eat as well. Edit snuggles up to him like a little kitten, I can hardly bare to watch her indulge him, lest that night some miracle might occur and they snuggle up. Karcsi gently peels her off himself, plays a bit with the kids after eating and they get ready to go home. I can see the frustration on Edit’s face, I want to help, to give her advice, but she’s always so distant and embarrassed when we speak about our marriages.

The next morning Edit phones. She says, before we collect the kids let’s meet for a coffee. Even though I’ve plenty to do, her voice sounds so desperate I think, she needs me, I cancel my last appointment and leave work early.

I can guess what’s up. Obviously last night when they went home Karcsi confessed everything. I was sure he had someone else.

I smile to myself, and I feel like I’m a bit better than Edit, naturally I’d never let her know that. I prepare for the conversation in my head, the words I’d use, and how I’d convince her there’s life beyond Karcsi, to calm down. Meanwhile a smile is sneaking across my face, because last night on my pillow I found the letters written for our seven days apart. My husband had put them there before he left, it’s an old habit of ours. Every night I have to open a letter, last night’s one really tugged at my heartstrings. Tamás was a master of love, and not just physical love but written love too. I’m so happy, how am I going to sit through Edit’s complaining! And how could I tell her how to act at home so her husband wouldn’t want to go to someone else. Because I do everything to keep my husband by my side. My seven letters are tucked away in his suitcase. Because I’m a master of love too, and our marriage wouldn’t have been so full of passion for 11 years if I hadn’t heeded these things. By the time I reach the café, I manage to wipe the grin off my face somewhat; it’s not right, forcing some desperate woman to see how happy I am.

Edit’s in a funny way, she doesn’t want a coffee, she says, she’ll have water, she’s already tense enough, she doesn’t need a coffee.

I try to get to the point, “Tell me, love, is there something I can help with?”

She says, not really. Perhaps I might be able to help myself instead if I kept a close eye on Tamás. Because for years her and Karcsi have been thinking to say to me, because my husband, Tamás, is having an affair. And not just one, sometimes there are casual affairs alongside the permanent one.

“Editke, that’s a nasty thing to say,” I tell her, meanwhile my mouth goes slightly numb, “I don’t know where to start, all this spite and blatant envy, perhaps you’d be better looking around your own marriage; my husband sees to me every night, it’s crystal clear to me that you’re just jealous Editke.” Edit starts to cry, Karcsi’s sick, she says, but that’s not why she came, she came because they can’t bear to watch what Tamás is doing to me, and how he’s at Lake Balaton right now with Kati, his old love, like fuck is he in Moscow, and Edit’s cousin works with that Kati woman, and who’d have thunk it, she’s on leave ’til Tuesday as well, and every day Tamás calls for her, and takes her all over town, and in loads of places they think she’s his wife, and Budapest isn’t so big that day in, day out, they, as in, our friends, wouldn’t have to see what Tamás is doing to me.

At the sound of Kati’s name my palms start to sweat, but for a minute I convince myself that the whole thing’s a load of rubbish, Kati has a man, Melinda said so, she would have said, if it was my husband, so Edit’s the one with the problem, not me.

I stand up, like, I’m not listening to any more of this, you’re sick Editke, there’s no reason for me to think you’re evil, you’re simply sick, I suggest you find a therapist, he’ll help you deal with your depression, I’m sorry for Karcsi if he’s sick, although I don’t know, what terrible illness could stop him from touching you and make him incapable of letting you touch him. Then I toss in that she should think about what I said, and how pathetic it is, and how sorry I am, because she’s been my friend for decades, but she needs to take a good long look in the mirror.

The whole way home of course I’m furious, the thought even occurred of what if Edit’s telling the truth, but I soon reject that, if it was true, there’s no man on earth who could pretend like that.

That evening I heat the leftover spaghetti for the kids, Edit’s words are clattering around my brain, but the initial rage is beginning to subside and turns into pity. That’s right, I didn’t even ask what was wrong with Karcsi. As the kids are eating, I write to Edit on Viber, I’m not angry, I know she’s feeling low, let’s just say, nothing happened… but I never asked what’s wrong with Karcsi. She immediately writes back, not to be angry, and she regrets bringing the whole thing up, yes, let’s just say nothing happened. Karcsi’s problem isn’t serious, he’s been struggling with his prostate for months, but someone finally recommended a doctor and she meant to ask this afternoon – it just slipped her mind – , what do you call that doctor who took care of my dad, they might want a second opinion. I’ll have a look, I say, and write, I’ll just put the kids down.

Later that evening, when the house has settled, I remember I promised to give Edit the doctor’s name, I open the drawer where we keep the documents. My dad’s papers are at the bottom and I have to move everything above them.

As I take out the file a passport falls out. I don’t understand, Dad’s passport was never here, Mum held on to it. I open it.

ÉVA PÉTERFY-NOVÁK was born 1961 in Diósgyőr, Hungary. Her novel A Woman,(Egyasszony) published in 2014, was a great success and was published in seven editions. The book is about a mother, a daughter born with disabilities as a result of medical malpractice and an abusive marriage from which the wife is eventually able to get out. The actress in the monodrama with the same title written from the novel got the best actress of the year prize in Hungary in 2016. Her second book of short stories is called The Pink Costume, (2017).

OWEN GOOD, born 1989 in the North of Ireland, is a translator of Hungarian literature. Good studied Hungarian language and literature at the School of Slavonic and East European Studies in London, before moving to Budapest in 2011. He now balances translating, teaching translation at Péter Pázmány Catholic University, and editing at Hungarian Literature Online.