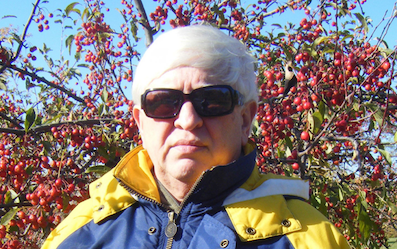 As usual, John Gozdzik, manager of the bus station in Slonim, did not have too much to do in his office around noon. He stretched out ever so comfortably in a chair, put his feet on the adjacent chair, and soon fell asleep. In turn, his deputy Blazej Makowiak – young, slightly built, with hair black as tar – could not follow his boss’s example, even if he wanted to. The reason was simple: he had guests, and they were Secret Service officers.

Two men had come to his office. The younger, thin and tall, was a redhead with a face like a criminal. He was unshaven and lacked some front teeth. In addition to the ugly face, he had several large-sized boils. The older one, squat and stocky, with a bulldog face, showed his ID of the Federal Security Service (SB) and said hoarsely: “Are you the man who is responsible for the exterior of this bus station?”

“Well, I think I am,” Blazej said in a quiet, unsteady voice, and instinctively hunched.

“Then come with us outside the building.”

What could there be outside the building? Did someone scatter anti-communist leaflets? Blazej wondered, following them.

“Look at the banner on the wall! What is written there?” asked the younger officer.

Blazej was relieved; thank God there were no anti-government flyers! He looked at the huge banner hung on the front wall of the two-story bus station and tried to read the inscription: “WE WANT TO LIVE BETTER…”

Here Blazej faltered because the remaining part of the inscription was faded and blurred.

“Damn, I need to get closer; the writing is so faint,” he muttered to himself.

He came closer and with great difficulty read: “WE MUST WORK BETTER!”

“Yeah, the most important part is blurry! You can only read the inscription, WE WANT TO LIVE BETTER, which means: to live well without working. This is sabotage!” exclaimed the bulldog.

Blazej realized that he could be in trouble. Sweat began to run down his spine from fear.

In the office, Blazej pulled a bottle of vodka and glasses from his desk.

Neither of the SB officers commented when they saw the alcohol, but Blazej noticed how rapidly the Adam’s apples began to move in their throats.

“Sir, what do you have to say? We’ll listen to your explanations,” growled the bulldog.

Blazej began his explanation: “It’s like this: one day my boss, director Janiak gave me an order to freshen the banner. When the sun came out, I took two bus drivers up to the banner to have them repaint the letters. The workers began to paint from the top of the banner; they started by repainting the words, WE WANT TO LIVE BETTER. As they finished painting these words, it started to rain. So they stopped painting. And then there were more important matters and problems, and the banner was forgotten. Then again there were several days of rain. You can see that the scaffolding is still standing. At any moment we are ready to paint. Tomorrow we will continue painting.”

Blazej poured vodka into glasses. “Health to the Communist Party and SB!”

“Health to the Communist Party and SB!” echoed the bulldog.

Blazej drank a gulp. The SB officers could not resist; they reached for a glass and drank well.

“OK, but we need to talk to the director Janiak,” the bulldog said, but now more gently.

Blazej led them to the director’s office located on the first floor. Fortunately, the director woke up hearing their footsteps on the stairs. He was a tall, skinny blond with eagle eyes.

The bulldog re-presented the case. The director listened to him and immediately pulled out a bottle of vodka and poured some into glasses. He drank with the officers and did not pour a shot for Blazej. Blazej only licked his lips and looked reproachfully at the director.

“Comrades, we will impose severe consequences on those found guilty of negligence!” He looked at Blazej, who shrank under his gaze.

“Well, we are goodhearted, so there will be no penalty, but the inscription has to be painted today! Tomorrow we will come to check it again,” said the bulldog.

After they left, the director turned to Blazej.

“Get some drivers at once and have them paint!”

“Where will I find them? All the drivers are on the road.”

“Take the first one who arrives at the bus station or at the nearest bus stop at random.”

“But the passengers at the bus stops will be waiting and swearing!”

“Do what I’m telling you to do! I don’t want to lose my position; I don’t suppose you do, either? The customers must wait!” said the director in a cold tone, and he disappeared into his office.

Blazej, like a bloodhound, caught two drivers. He dragged them out by force from the station’s canteen, where they had stopped to buy something to eat.

In one hour the inscription was renovated. On the second day, the SB officers came to check the inscription. The inspection of the banner went well, and so they went to see the director. They sat uncomfortably in their chairs in his office, hoping for another half a liter of vodka. But none of this, the director didn’t have any money for vodka. Besides, like all Poles, he did not like the SB or the police one bit.

Glumly the officers drove away, cursing the director under their breaths.

WALERIAN DOMANSKI was born in 1943 and grew up in Pieszyce, a small city in Poland’s Lower Silesia region. A professional cartoonist, in 1980, Domanski joined the dissident anti-communist “Solidarity” movement, becoming a delegate to their National Convention before he was imprisoned by the communist regime in Poland in December 1981. Five years later, in December 1986, he immigrated to the United States where he continued his work as a cartoonist. For his writing, Walerian Domanski was awarded the 2015 Grand Prix by Friends of Polish Arts in Detroit, and received a Kresge Artist Fellowship awarded by Kresge Arts in Detroit, a program of the Kresge Foundation. A member of PEN America, Domanski’s first book, “Smoke factories,” was published in Polish in 2013. He is currently at work on a film script for a movie about the Holocaust titled “Isaac is Looking for a New Mother.”