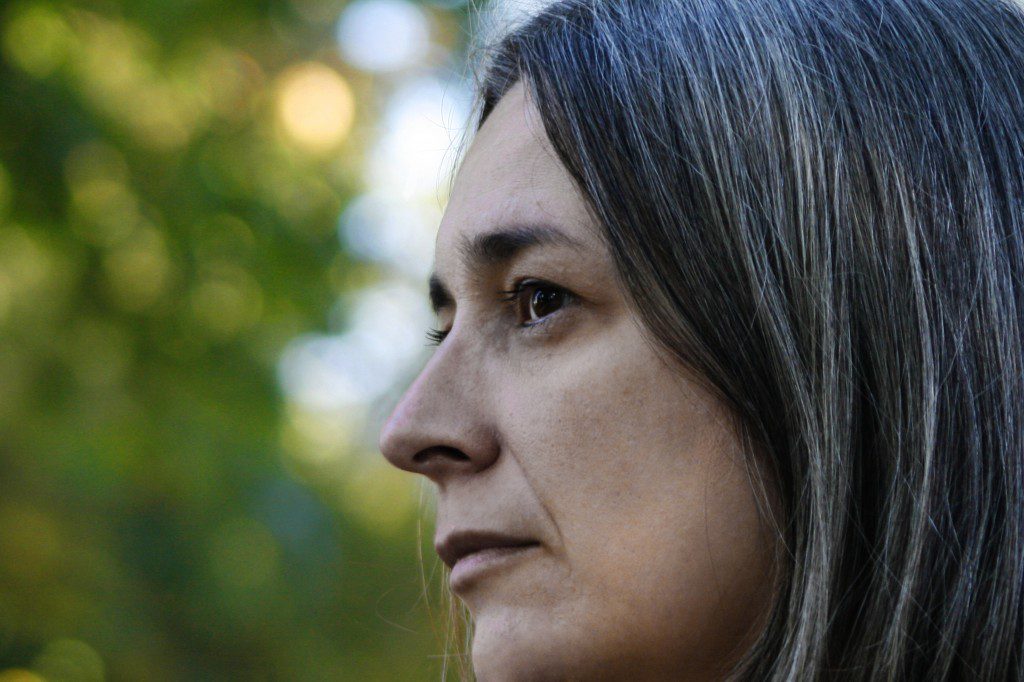 FEAR AND HIS SERVANT 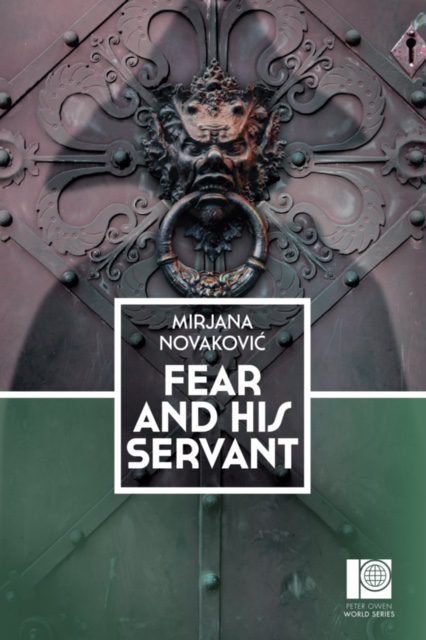 The regent was all ears. His eyes were watering, either from squinting short-sightedly or from drunkenness, and he was clutching a glass of wine in his left hand.

‘You may not believe me, Your Highness, but art was invented by none other than myself.’

‘I do believe you. Art is the work of the Devil.’

‘It was in the very beginning, when mankind had been driven out of Paradise and first knew suffering. In no time at all people became wicked and were mine. For me, this was no fun at all. What I like is for a person to choose between good and evil, leaning first to one side, then the other, until finally coming to me. But since their lives were so full of ugliness from the very start, people were simply turning bad without stopping to think about it and never even believing in the existence of good.’

‘And then I gave them art. After that I also gave them letters, so they could write things down to have for ever. I gave them the one perfect thing that exists in this world: a complete and utter lie. Quite the paradox, eh?’

‘Hm, yes. But did your adversary really sit by and do nothing?’

‘He never knew what to make of art. It’s not evil per se, you see, but it is falsehood. Not only that, but it was I who had invented it, and he never forgot it. Not long afterwards he struck back – with history. Yet another story but one that pretends to be true. That’s when all the books appeared, such as the Bible. My adversary couldn’t help but be on the side of truth – but as a man who knows his warcraft you can tell me yourself. What drives people to evil? History, which is true, or art, which is false?

‘Power and riches.’ Having said this, he abruptly turned his back on me and went off to the nearest table for more wine. I still had a few more things to tell him but decided to catch him later. I set out to find Maria Augusta. I wanted to find out which of the figures in disguise was the princess. There were quite a few women – some of them were no doubt actually men, but I hardly thought the princess would dress as a man. She had no reason to. I quickly ruled out two witches, one maiden in Serbian folk costume, three Aphrodites – two with an apple and one without, this last one surely pre-dating the bribing of Paris. I also discarded Ophelia, Lear’s three daughters, Clytemnestra, Antigone and, after wavering a bit, Lady Macbeth. The court at Belgrade certainly went in for the theatre in a big way. After eliminating some others for being the wrong size, I set my sights on Joan of Arc and Madame de Pompadour.

He said, ‘Pleased to meet you. Did you guess my name . . . ?’ And, with a burst of satanic laughter, he vanished into the crowd.

I was trembling. I don’t know why, but I suddenly remembered my reasons for coming to Belgrade. A shiver went up my spine. I wanted to call for Novak, but I knew he was nowhere to be found. There were just too many places to drink in Belgrade.

My life truly was in danger, that much was clear again, and the hajduks and the tale they’d spun had been nothing but a trick to lull me into a false sense of security. How careless I had been!

My enemies were disguised even as my own self.

But I wasn’t about to let panic get the better of me. First, to find Schmidlin and ask him whether he knew the hajduks were working for the Austrians. He might not know about it himself, but at least he’d be able to guess who had hired them. Second, ask Maria Augusta about the doves and Tristero (if that was the name). Third, ask the regent about the man in crimson. Fourth, and most importantly, ask Schmettau who else had hired a Devil costume. Back to zero, find them all among the masks, except for the regent who was standing out in the open.

I set my sights on Madame de Pompadour, and in a few steps found myself at her side. All I had to do was get her to say something; the voice of Maria Augusta would be easy to recognize.

‘M-hm,’ she answered. I could clearly see – or rather, hear – that she was trying to avoid any answer that could be pinned down. I asked her another question.

‘Could you introduce me to Count Wittgenau?’

Madame de Pompadour froze. Then with her folded fan she pointed to a group of half a dozen figures in the shadows. I started towards them, and when I looked back at Madame she was no longer there. I decided to deal with Wittgenau later. Tristero himself had said that Wittgenau wasn’t important.

Next in line for inspection was Joan of Arc. It didn’t take long to find her, standing and gazing out of the south windows. As her back was turned, I was able to approach from behind without being noticed.

She wheeled around as if I’d struck her.

‘That depends’, she whispered, ‘what you’re looking for.’

It was an old trick. A whisper will never give away your identity. You can’t even tell whether the whisperer is a man or a woman, let alone recognize someone in particular. There was a lot of whispering at costume balls. Her whisper could only mean one thing: she thought we knew each other. Furthermore, she knew who I was, or at least thought she did. Or perhaps she thought I was the other one; perhaps she’d got us mixed up, and I could ask the right questions to find out.

‘There are many women here.’

‘I seek a soul that suffers and loves.’

‘I’m a man of wealth, a man of taste. I’ve got almost everything and know almost everyone. But what good does it do me without a soulmate who knows how to suffer and to love?’

‘That’s not much of a proposal.’

‘The truth always sounds ordinary and down to earth.’

‘It’s more likely that you just lack the spirit for it.’

‘You’re right, when I’m in love. When I love, it’s as if I lose the gift of speech, for true love speaks haltingly while base motives sing.’

‘How nicely put. Your motives for talking to me must be rather base after all to bring on such a torrent of words.’

‘Right you are.’ She had managed to annoy me with her incessant whispering. If she was Maria Augusta there could be no hope for our union, and the woman wasn’t the one for me. I can’t bear petty souls. I like my souls with breadth and badness.

I offered a few unpleasantries and took my leave of the whispering wench. The way the conversation was going, I’d hardly learn anything valuable.

I poured myself a glass of Tokay and looked out of the south windows. The thunder and lightning had been raging all this time as if it were really summer, not just St Martin’s. The rain fell without stopping, and the air in the hall was damp and stuffy. I had never seen a storm last so long. Again I scouted the room, hoping to set eyes on Madame de Pompadour. Anyone who runs away from you is sure to be useful.

I wasn’t long in finding her. She was speaking to the regent. I tried to draw near without being noticed but still couldn’t get close enough to hear their voices. I watched Madame de Pompadour gently take the regent’s hand and was close enough to see her make what seemed to be a slight curtsy. I saw her carefully lay her other hand on the back of his. I saw her caress the back of his hand and watched him pull away. I drew closer to them. They spoke only briefly. I heard everything. Then he left. She called out after him and buried her mask in her hands.

MIRJANA NOVAKOVIĆ made her literary debut in 1996 with the short-story collection Dunavski apokrifi (The Danube Apocrypha). In 2001 she received the Isidora Sekulić Award for her novel Strah i njegov sluga (Fear and His Servant, 2000), and in 2005 her next novel, Johann’s 501, received the Lazar Komarčić Award for best science-fiction novel of the year. Her latest novel, Tito je umro (Tito has Died), was published in 2011. All three novels have been shortlisted for the NIN Award, Serbia’s most prestigious literary prize. Her novels have been translated into French, Russian, Chinese, Greek, Bulgarian and Macedonian.

Fear and His Servant is being published by Istros Books and Peter Owen Publishers in October 2017.

TERENCE MCENENY is from upstate New York. His MA from the University of Nottingham examined irony in the poetry of Dryden. From 2005 to 2014 he taught conference interpreting at the University of Novi Sad, Serbia, before moving to Texas and becoming a staff interpreter in the federal court. Other literary translations include Destiny, Annotated (Sudbina i komentari) by Radoslav Petković and a collection of Montenegrin short fiction.