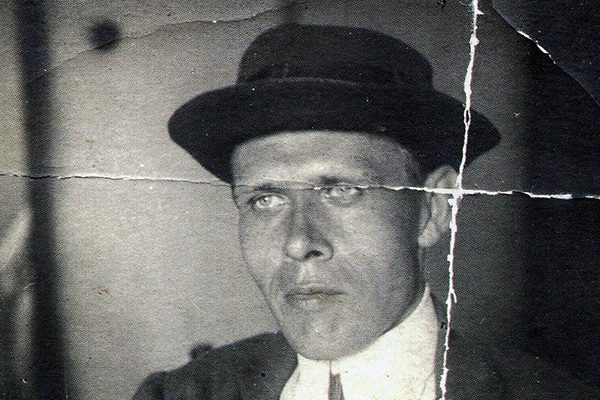 WRITER: I am a writer!
READER: Аnd I think you’re a piece of shit!
(The writer stands there several minutes, stunned
by this new concept and drops dead on the spot.
They carry him out.)

ARTIST: I am a performer!
WORKER: Аnd I think you’re a piece of shit!
(The artist immediately turns pale, like a canvas,
And like a straw reed begins to sway,
And suddenly passes away.
They carry him out.)

COMPOSER: I am a composer!
VANYA RUBLEV: Аnd I think you’re a piece of shit!
(The composer, breathing heavily, slumps down.
Unexpectedly, they carry him out.)

CHEMIST: I am a chemist!
PHYSICIST: Аnd I think you’re a piece of shit!!
(The chemist utters not another word and
collapses heavily to the ground.)

Everyone knows these days how dangerous it is to swallow stones.

One of my acquaintances even coined an expression for it: “Waisty,” which stands for: “Warning: Stone Inside”. And a good thing too he did that. “Waisty” is easy to remember, and, as soon as it comes up, or you need it for something, you can immediately recall it.

Аnd this friend of mine worked as a fireman, that is, as an engine stoker on a locomotive. First he rode the northern lines, then he served on the Moscow route. And his name was Nikolay Ivanovich Serpukhov, and he smoked his own hand-rolled cigarettes, Rocket brand, 35 kopeks a box, and he’d always say he doesn’t suffer from coughing as bad from them, and the five-ruble ones, he says, they make him gag.

And so, it once happened that Nikolay Ivanovich found himself in Hotel Europe, in their restaurant. Nikolay Ivanovich sits at his table, and the table over from him is occupied by some foreigners, and they’re gobbling up apples.

And as soon as he had said this to himself, out of nowhere, before him appears a fairy and says:

“What is it Good Sir that you desire?”

Well, of course, there’s a commotion at the restaurant, like, where did this little damsel suddenly appear from? The foreigners had even stopped stuffing themselves with apples. Nikolai Ivanovich himself caught a good scare and he says, just for the sake of it, to get rid of her:

“Please, forgive me,” he says, “But there is nothing in particular that I need.”

“You don’t understand,” the mysterious damsel says, “I’m what you call a fairy,” she says. “In a single blink of an eye, I can make for you anything you wish. You just give me the word, and I’ll make it happen.”

That’s when Nikolay Ivanovich notices that some sort of a citizen in a gray suit is attentively listening in on their conversation. The maître d’ comes running in through the open doors and behind him, some other character, with a cigarette dangling out of his mouth.

“What the heck!” Nikolay Ivanovich thinks to himself, “Who the hell knows how this thing will turn out.”

And indeed, no one can understand what is going on. The maître d’ is hopping across the tops, from one table over to another, the foreigners are rolling up all the carpets, and in general, who the hell can tell what’s really going on! Who is capable of what, that is!

Nikolay Ivanovich ran out into the street, forgetting even the hat he’d left behind earlier at the coat check, and he ran out onto LaSalle Street and said to himself: “Waisty! Warning: Stone Inside!” And also: “What haven’t I seen already in this whole wide world!”

And, having returned home, Nikolay Ivanovich said this to his wife:

DANIIL KHARMS (1905–1942) was born Daniil Yuvachev in St Petersburg, to an aristocratic mother and a father who had been a member of the violent populist organisation Narodnaya Volya (People’s Will). A surrealist and absurdist poet, prose writer and dramatist, Kharms was educated in part at the elite Peterschule, where instruction was in German. Kharms was also fluent in English. The pseudonym he adopted in 1924 echoes the Cyrillic transcription of Sherlock Holmes’s surname.

ALEX CIGALE’s poems and translations have appeared in Colorado, Cimarron Review, Green Mountain Review, Literary Imagination, Modern Poetry in Translation, New England Review, PEN America, Two Lines, and World Literature Today. From 2011 until 2013 he was Assistant Professor at the American University of Central Asia in Bishkek, Kyrgyzstan. He is a 2015 NEA Translation Fellow for his work on the poet Mikhail Eremin of the St. Petersburg “philological school” and is currently editing the Spring 2015 Russia Issue of The Atlanta Review.