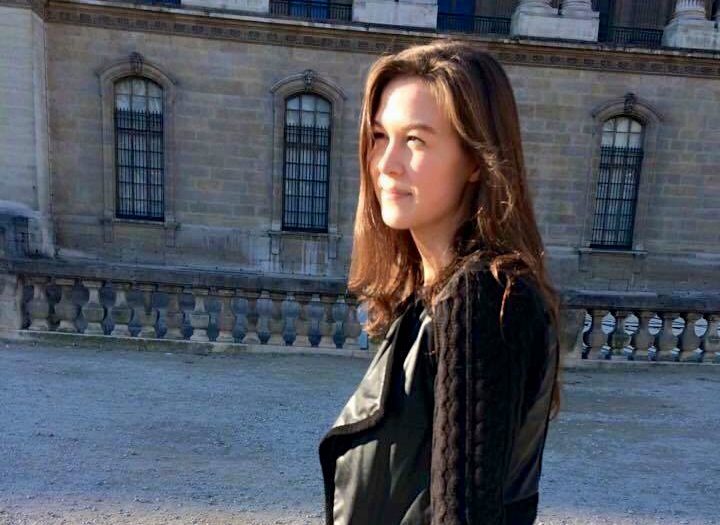 There’s a lady on the train to Verona, and
she looks at me, openly.

I — young to the train, still managing the positioning
of my bags — stare back.

She’s mildly sick, keeps pulling the same Kleenex out of her pocket
and blowing, and so is her boyfriend,

asleep against the window, but changing modes of
consciousness occasionally to sneeze.

We look at each other in turns, the lady and me. It is vaguely thrilling
being a part of a game with a stranger,

a reimagining of The Sharing Game from when I was younger.
Now it is my turn to look, now it is yours.

I look; she has unnaturally red hair, the same color as the roofs
outside the window, like Mississippi clay or paprika.

And I have a strange feeling she has cried recently, though
to be honest, I am not sure.

Her boyfriend moves in his sleep, reaching out for the lady and
pulling her to his chest. She smiles, settles into his warmth.

I am no longer there. She is looking out the window of the train,
at the houses, at Italy, at her lover.

MEG BOYLES was raised in Ridgeland, Mississippi and is a junior at Hendrix College, studying creative writing and literature. Her poems can most recently be found in The Aonian and The Rising Phoenix Review.