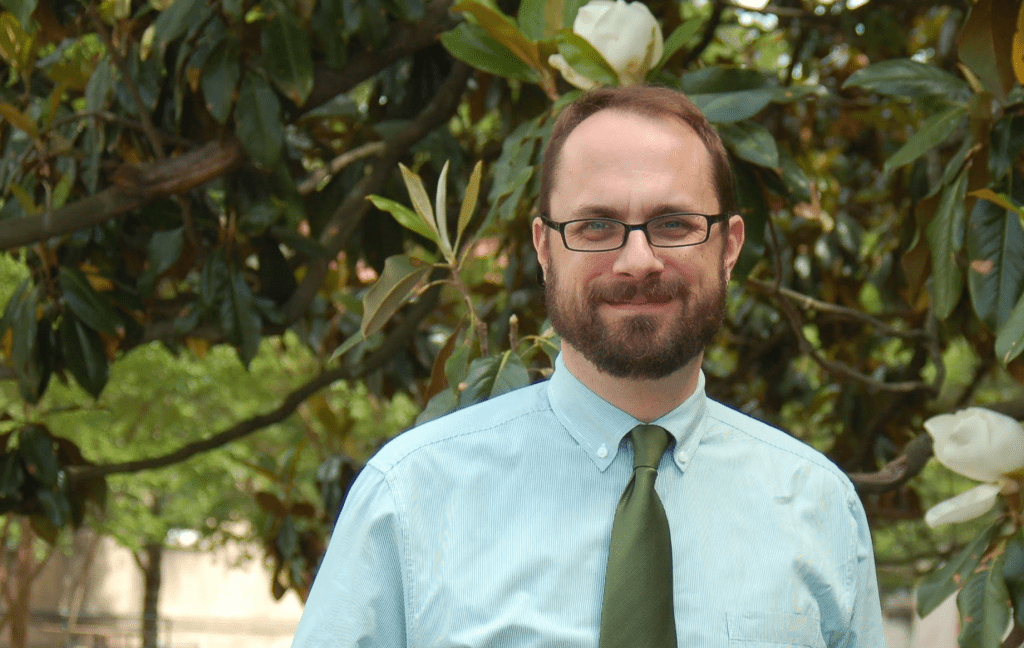 THOUGH WE THREATEN TO LOWER THE HAMMER, WE COME TO LOVE IT IN TIME

A toad took up residence on a wood slat
by the back door. We nudged him

with our feet; he did not stir.
We lit matches and held them close;

he did not leap. We leaned down
to look him in the eye, we shouted;

he did not startle. Stillness
was his camouflage. He must have believed

everything he’d heard about people.
His black eyes like obsidian under water

reflected back our worst impulses.
You raised your foot above him and said,

I am a hammer. I am the hammer of God.
But you did not bring it down.

Eventually we brought him a leaf of lettuce,
an old cottage cheese container

full of water. You wanted to sugar the water.
I said no. Later that night there was lightning,

the crooked kind of lightning
that tells a story of an empty savannah.

He was gone in the morning.
He was so familiar, you said.

Then why did you want to harm him, I asked.
You did not reply. Later, you painted

a thresher behind a goatherd and goat.
We recognize in each other

Carter spit the word “balkanized”
at the board room; the suits were stuffed
so tight no one was really sure
if the word meant “unified” or “torn apart.”
Political speech precludes all forms
of understanding. You just can’t communicate
with another human you want to destroy.
We’d been talking about due diligence,
though accounting thought the term
referred to thorough research of assets
and the executive team assumed it meant
shareholder value blah blah. We’d lay off
a third of the assembly techs in the Tulsa plant
later that week. Due diligence didn’t mean
discovering who had a son in a special
needs school and whose wife
had committed suicide just after Christmas.
You never make these decisions
in December, to avoid that specific misery.
We didn’t discover which families
would be balkanized by downsizing.
Later, Carter would clarify that he knew
the term meant fracturing
or the separation into small enclaves
but a certain school of thought
held that decentralization stabilized
the region. He said that as if
it was a good thing. I beg to differ.
We are just waiting to blow each other away.
We should go ahead and do it.

ROSS WHITE is the author of a chapbook, How We Came Upon the Colony (Unicorn Press, 2014), and the executive director of Bull City Press. His work has appeared in American Poetry Review, Best New Poets 2012, New England Review, Poetry Daily, and The Southern Review, among others. He teaches creative writing at the University of North Carolina at Chapel Hill and the North Carolina School of Science and Mathematics, and serves as the poetry editor of Four Way Review.