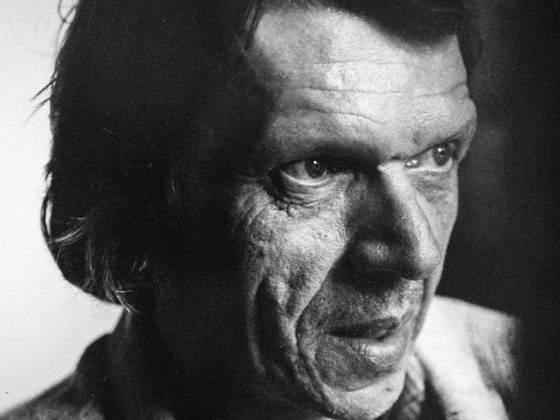 Czech poet Petr Mikeš died this week at the age of 67 after a long illness, adding to this year’s horrifying tally of recently deceased poets — legends whose loss is not only their own but the world’s, too, grateful as we are for all they’ve already given us.

Mikeš was a Czech poet, a translator and literary editor who became influential through his determined efforts to lend influence to those whom his government attempted to silence. As one of the chief editors of Texty přátel (or Friends’ Lyrics), a major Moravian samizdat journal which ran from 1971–1989, totalling 280 editions, Petr Mikeš provided a venue for banned writing during a time of hardline communist rule. After the Velvet Revolution, Mikeš donated his extensive collection of samizdat publications to Libri prohibiti, the samizdat archive in Prague, where such works are now freely available to the public.

Refusing to be silenced beyond the borders of Communist Czechoslovakia, Mikeš was a correspondent for Paideuma and Sagetrieb, journals of the U.S. National Poetry Foundation. His dissidence, however, came at a cost. He wasn’t allowed to finish university, and found himself, like many dissident writers, living pay check to pay check in a series of low wage jobs: night watchman, librarian, technical translator, etc. After the revolution, he was able to take his literary efforts above ground, and served as editor-in-chief of the Olomouc publishing house Votobia, which brought many formerly forbidden books into print, from 1993–1997, and later made a living as a freelance translator.

Mikeš was a highly regarded poet in his country: a minimalist steeped in Catholic mysticism, and the author of a number of haiku — an unusual form for Czech poets to work with. From his ten samizdat collections, four “official” collections appeared after 1989: Home is There (Dům je tam, 1993), Poetry in Prose (Básně v próze, 1996), The Silver Bird in the Yellow Cage (Stříbrný pták ve žluté skříni, 1997), and The Sole Desire’s Song (Jediné touhy zpěv, 1998). These were followed by several collections of new work, including Memory of the Wound, which was published in English in 1994, and Jen slova / Just words, which appeared in a bilingual Czech-English edition in 2005. Venetian Illuminations, a book of prose, was published as a Czech-English bilingual edition in 2011.

Most critics consider his elegiac long poem, The Stream of Darkness (published in English in 2003), an extended meditation on death, love, memory, and friendship, as his masterpiece. In all of his work, one senses the power of each word, the way it feels. His poetry contains an urgency measured in precise, deliberately chosen terms. His final two collections, the first of which, Double-Dwelling (Dvojdomí, 2012), appeared after his cancer diagnosis, and the last of which, Destination of Memory, will appear posthumously, naturally dwell on mortality.

It is this last collection that is, to me, most bittersweet. Mikeš was my friend, and I was to translate his final collection into English. I had notes to discuss with him, but due to his declining health, we never got to meet to go through the poems, and now it is too late.

The sadness we feel after the death of a close friend is that we will never have another chance to converse. At least, in this case, we have his verse. As he wrote:

It’s just words.
But in words is everything
My love is in them.

Mikeš leaves behind his wife, the author and editor Alena Jakubková, his son Jan, his daughter Tereza, and his grandson Josef.

From the window I peek:
Neštětice Mountain
and Přibyšice Peak.
On the former stands
a diamond
while the latter’s
just a mound.

Above the windowsill
chirp birds of a feather
waiting until
I get it together.

MATTHEW SWENEY is a teacher, translator, and editor based in Olomouc, Czech Republic. He has translated the work of Czech poets, including Petr Mikeš, Ivan Blatný and Petr Hruška.