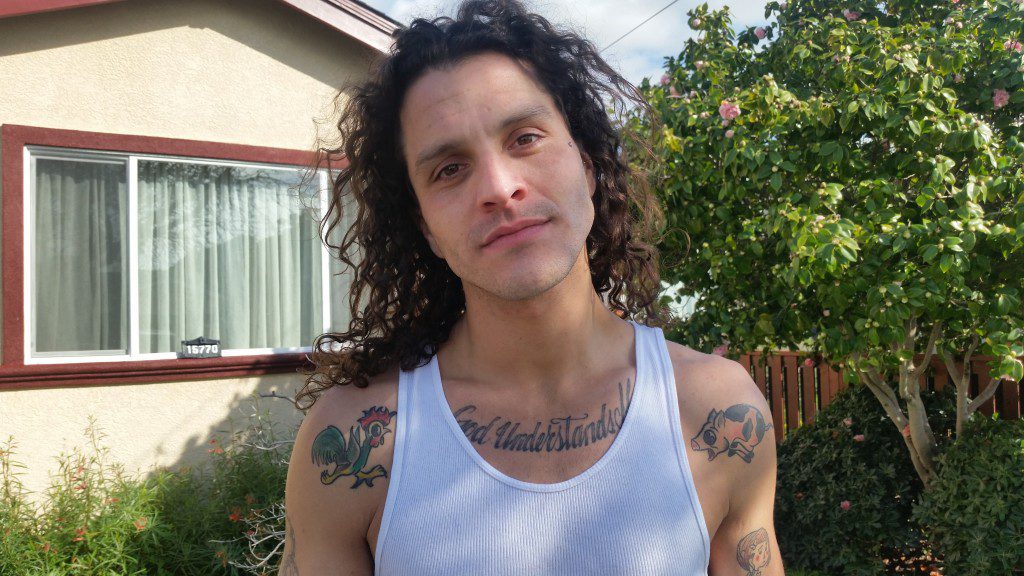 HOW TO MAKE LEMONADE

Your grandma is on her deathbed now.
She made it a long time ago.

Which is to say it was made for her.
Which really means she doesn’t want it

but she’s gotta lie down anyway.
You prop her pillows for her, lace her

lemonade with Demerol because she is dying
and dying hurts you. She says so herself.

She says: Dying hurts, You!
then she downs her lemon and painkiller cocktail.

Two gulps and her eyes go gaga inside
the tiny thing that you know is her head.

It looks like an onion now, a piece
of old fruit, a fermenting thing.

She says it tastes funny sometimes.
The lemonade.

She makes a face like she is turning a thumbscrew
but the thumbscrew is her face. Like this…

You watch tv together most days.
And most days you watch MASH:

Hunnicutt, Hawkeye, witty repartee.
She likes to hold your hand while you watch.

You don’t really like that. Her hands are scary,
a pair of liver spotted carcasses barely held

by the skin that keeps them. The way twice-boiled
chicken groans once before sliding off the bone,

only to plummet back into the soup, releasing itself
from itself. Your grandmother is like that—a thing

awaiting release. Your grandma is like a chicken.
Does it hurt? You say to her. Being a chicken?

Only when I’m thirsty, she says, pointing to the cup.
I’ve heard that grief is like a road we all walk alone,

a road that bends, forks, becomes a path, well-traveled
sometimes and sometimes less, but always leading

to the same place. Like the five stages all lead
to acceptance, so what’s the sense

in grieving at all? Why not just accept?
If two roads diverge in a wood, you can

simply fall asleep; or turn around,
find a different set of woods; or trees—

back and forth—lunge, riposte, repeat—
while a dress with some sort of man inside sashays

around the room. You sit quietly for a while.
Grandma squeezing your hand, you letting her.

Even squeezing back a little. She clears her throat.
I’m thirsty, you, she says, pointing to the cup.

DANIEL RIDDLE RODRIGUEZ‘s real name is Daniel Riddle Rodriguez. He is a full-time student and father from San Lorenzo, California, where he lives with his son. Previous publications include Juked, Prairie Schooner, Gulf Stream Magazine, Fourteen Hills, and others. Winner of the 2015 CutBank Chapbook Contest, his book Low Village is forthcoming.