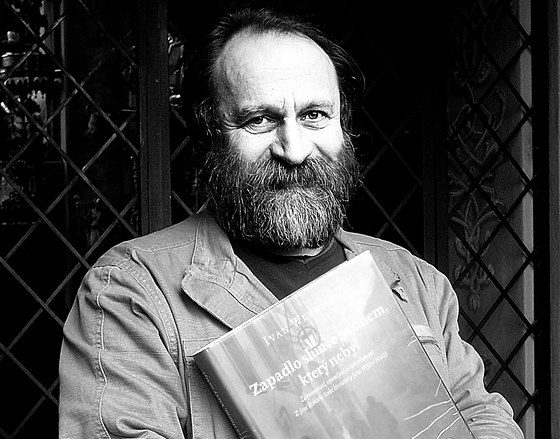 AS THE SNOW MELTED

They appeared as the snow melted
Those who had perished in the last days of March,
Then those from the February skirmishes, followed by the dead of January

In the end there were also several who had fallen in November
The fewest in number, because there were still burials back then

Everyone waited together in the matted, golden-brown grass

And finally here was the river
One morning steam rose from a ship at the small wooden pier
It had brought chickens in cages, live pigs
The road to the city was open
I began to think of escape

THEY GAVE ME BACK MY COAT…

The sun is shining,
It’s a beautiful chilly day
A drunk is begging for a crown
By the madhouse gate
No, I won’t give him anything,
I’m looking forward to the pub

At the tram stop
A gypsy woman reads my palm:
Far away, beyond nine mountains, beyond nine rivers,
There once was a,
Give me a cigarette,
I’ll tell you what happens next

I throw away the cigarette,
Let it burn out
The tram is arriving
I know the rest

Under the arbor by the stream,
Amid the scent of pine sap and stale beer,
I just wanted to sit a while
Forever

IVAN WERNISCH lives in Prague. One of the greatest contemporary Czech poets, he is the author of over twenty collections of verse, most recently Na břehu (On the shore, 2014). The poems translated here come from S brokovnicí pod kabátem (Shotgun Under His Coat, 2014).

JONATHAN BOLTON is Professor of Slavic Languages and Literatures at Harvard University, where he teaches Czech and Central European literature. He has edited and translated a collection of a hundred poems by Ivan Wernisch, In the Puppet Gardens: Selected Poems, 1963-2005 (Michigan Slavic Publications, 2007), and has previously published translations of Wernisch, Radek Fridrich, and Petr Hruška in the journal Circumference: Poetry in Translation.