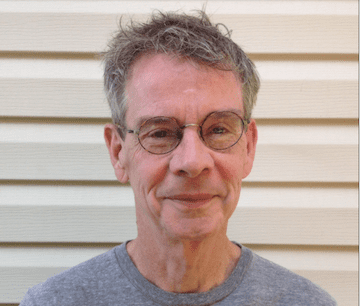 DOWN IN THE MANGROVES

There’s a pelican standing on one leg like a burnt-out light bulb,

The sounds of cars on the highway—

A bear with its head caught in a bucket.

There’s a suitcase with a little girl’s body inside.

The feeling of having forgotten something at the store

Is mostly what the soul is, right?

The bare patch rubbed raw on a cat’s paw—

For some, that’s the soul, too.

His hands are like two famous brothers who hate each other.

His days flap open like the coat of someone running,

There’s a pink condom and a hairweave

And one of those red rubber coin purses

When a breeze fills up a plastic bag

It’s like the stupefied face of a puppet in a jack-in-the box.

There’s the smell of meat smoke from a barbecue

Like a lampshade with a red nightgown thrown over it.

Also a bleached green button and a sunglass lens perfectly round

On the cover of an old-fashioned science fiction novel.

In the distance there’s the squawking of seagulls

Bitter to the ear like the taste of aspirin.

There’s a manatee out there, too, like a prehistoric baby.

There’s the sky like the pleathered flesh of a dolphin,

And the invisible presence of the stars

Together with their constellations

Along with the as yet undiscovered outlines

Of iPhones and the visages of pop stars and butchers.

Like the silence in a hallway where someone’s just finished hollering.

There’s a can of peaches that looks right at you.

Its top is open, there’s the handle of a plastic fork sticking out

White like the odor of Christmas ornaments kept in a box.

If you think she’s like the last peach, deliquescing in its juices,