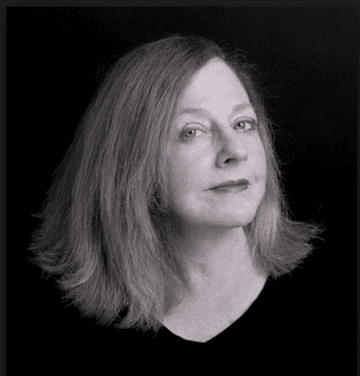 Earwigs huddle
in the folds
of your crisp skin.

Pollen dust
germinates in your
inflorescence.

I am in love
with your moist
unfolding

the hush
of your nodding
unsung
cruciferous heart.

Look, it was three days since she’d talked
to anyone, three days of fever and sleep,

sheets wet with sweat, though the January
wind banged the casements, with their cross-

hatched mullions, open and shut. She could
almost feel someone in the room next to her,

though the concierge sat six floors below,
arms folded, on guard against anyone

who spoke English, and the most recent
in a long line of flatmates was in Brussels

at a conference for young Christians. But
the Bible the friend left on her bedside table

said Jesus would take her by the hand
if she believed in Him. Three days into that

flu, the girl picked up the Book, read chapter
and verse full of thunder and faith,

acquiescence and begetting, sank lower.
Her bones and eyeballs ached. She knew,

yea, she was dying! She said then — aloud
so He could hear — that she believed. Oh how

she wanted to, slept and woke to the Cross,
stark and indisputable on the plaster wall,

DIANE KIRSTEN MARTIN‘s work has appeared in Field, Poetry Daily, Zyzzyva, Harvard Review, Narrative, Plume, Rhino, and many other journals and anthologies. She was included in Best New Poets 2005, has received a Pushcart Special Mention, and won the Erskine J. Poetry Prize from Smartish Pace. Her poetry collection, Conjugated Visits, a National Poetry Series finalist, was published in May 2010 by Dream Horse Press. Her newest manuscript, Hue and Cry, is seeking a publisher.