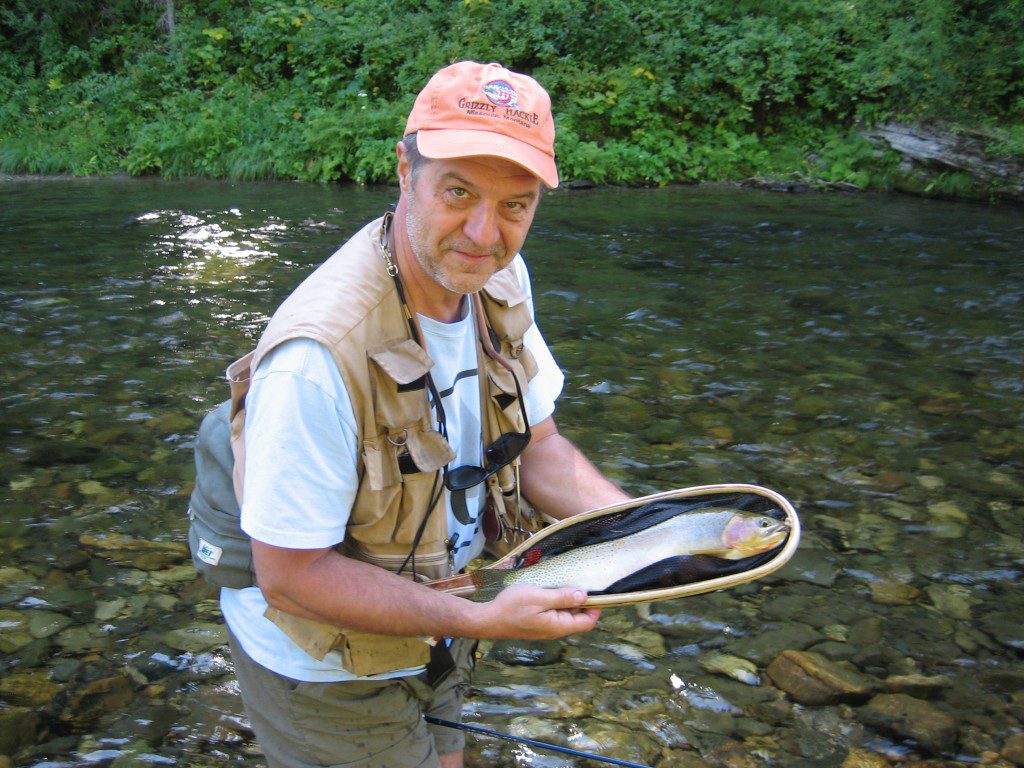 The sky is all stars and dark interstices, and the lake
so still it seems a continuation of the unblack space
above it. Not the least wind. No crickets,
no night birds, not the tiniest tick of a pine
letting loose a needle. Only when I move—
which is frequent, since I’m sat upon one rock
and leaned against another—is there noise:
jacket racket, boot grind, groans.

I am seven miles from my truck. The truck
is thirty miles from a paved road, ninety from cell service.
The meteor that just streaked over I witnessed
on the water. There’s no moon at all
but the light of the stars is enough to see nothing by.
I am also sixty-one years old and alone here.
Or not alone but without human company.
There are moose; I’ve seen five so far,

and yesterday evening I heard a bull elk bugle.
There’s firewood piled next to the rock ring,
but I have not wanted its crack and pop,
preferring instead this immense and surely temporary
stillness and silence, leaving the guitar in its satchel
and singing not, as each of three nights before I have.
I’m waiting for the place to say something, and it will.
It won’t be anything I have not heard before:

a shed cone from a fir, the chirp of a worried squirrel,
or a tree, having chosen this moment, or succumbed
on the stillest night possible, to pop once,
and fall, and whoosh, and crash on the ground,
all sound instantly swallowed by the dark.
But when it comes, as I knew it would,
I am surprised by the howl of a single wolf.
It’s in this very lake basin with me,

on the opposite shore, I think, orienting itself
with its song, which, because the basin
is steep and rocky-sided, echoes and echoes
as it fades and somehow tells the wolf
not only where it is but where lies the gap
between the two eastern peaks it must be bound for,
deeper into the even wilder country than we are now,
it and I and no one else, and its howl awakens everything—

the lake’s surface ripples, the stars there
shimmer once and vanish. A westerly breeze begins,
a killdeer calls, and the waiting orchestra of crickets tunes up
and begins its delayed but nightly scheduled concert.
You either love this sort of thing or you don’t.
The wolf will cover the distance from where he was
to where he’s going, before I can get the fire going,
which, the wind come up now, I feel I need.

ROBERT WRIGLEY has published ten books of poems, including most recently Anatomy of Melancholy & Other Poems (Penguin, 2013), and in the United Kingdom, The Church of Omnivorous Light: Selected Poems (Bloodaxe Books, 2013). He teaches at the University of Idaho and lives in the woods, near Moscow, with his wife, the writer Kim Barnes.

Poems and more at the Poetry Foundation