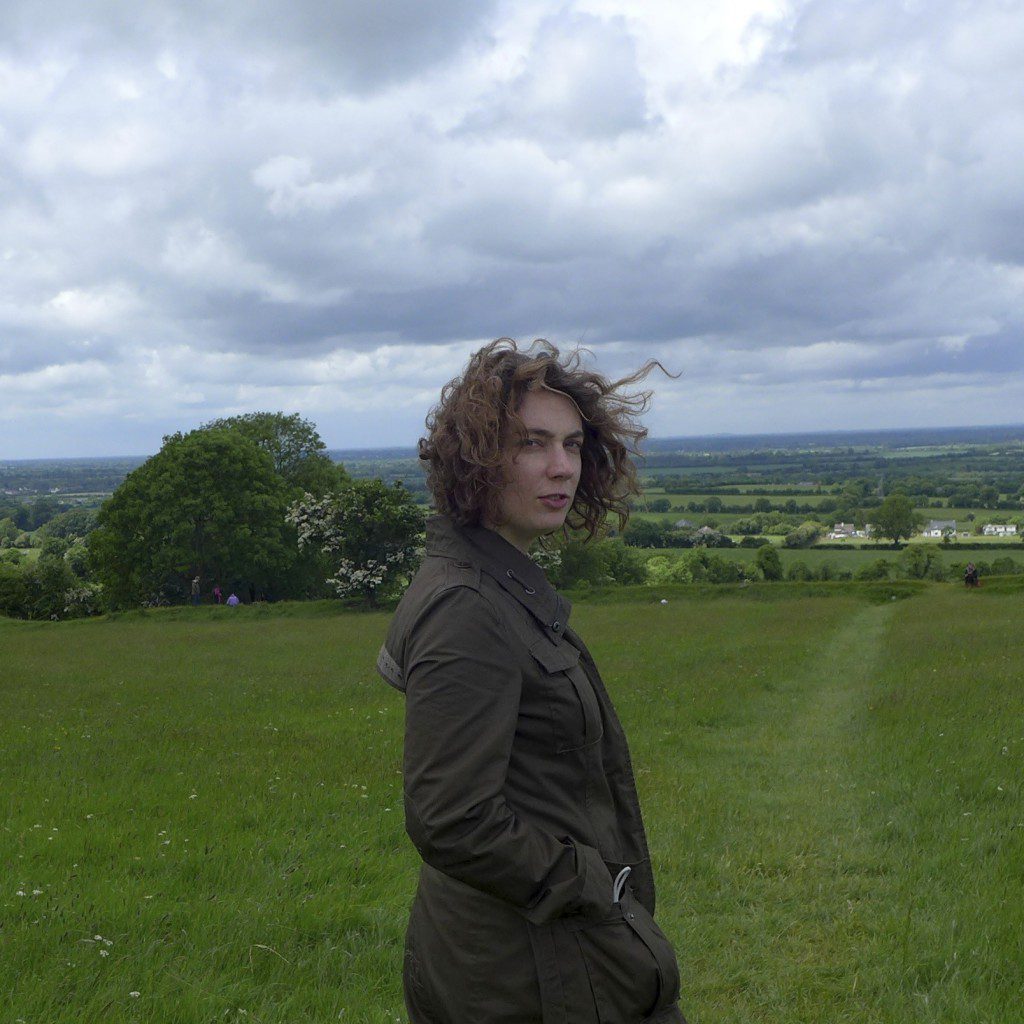 THE CITY / THE SEED

This summer the sun burns hot.
At the airport rail station, planes slide
down through orange, scalded sky,

scoring lines of exhaust above my head,
asphalt, divided fields, the spreading,
clinging shoots of towns.

In a narrow strip of marshy grass
between the platform and highway,
a bird probes drifts of trash.

Parking lots, the sun red behind
a pall of smoke, angry, a bloodshot eye.
But not the sun: a neon Budweiser sign.

At night air conditioners buzz—
the city breathing out its heat—
so I can’t hear the earth cracking.

I try to sleep with windows open,
but the sparrows keep me up.
And the moon, held like a seed in dark soil—

I raise my hand to the sky, but I
can’t feel it press against my palm.
The stars’ billion burning eyes—

I can’t feel them either.
All those light-years to get here,
they’re drowned out by a corner streetlamp.

Almost unseen, a root runs down
from the moon, a fracture in the spine
of night. Like the weeds that push

between slabs of pavement, reminders
of the earth laboring beneath.
How long till it all splits open?