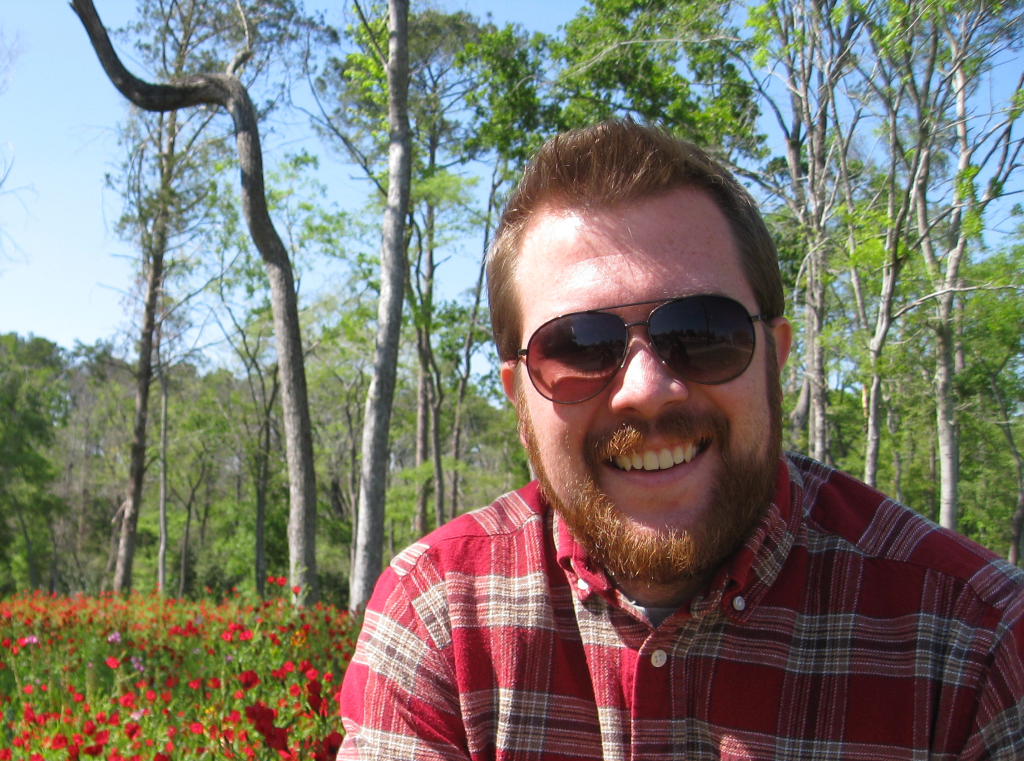 a car passing, the neck extends beyond the shell,
a carcass hauled with chains,
a coiled shell like a nipple,
a crying child across the flame,
a cup of coffee, back to the notebook, a dog barking,
a dead Tree of Life from a model shop, 1:7 scale,
a deer stops to trim the grass, the sun glowing —

a man carries fire across the fire, a living flame —
a man gathers embers in his hands,
a man mad with ecstasy, another puts a hand to his chest, his head,
a man reads from a book while others feed a flame,
a man waves a stick as if to fend off some unseen obstacle,
a man with a sword crosses the flame,
a minutes-long stream of piss, the American West —
a nail half entered and bent over —
a page turning, a thought —
a plaint, a case made against silence,
a plane passing overhead, a country —

a spot of light above the grass, cartoon green, a figure,
a still life, a dog barking, the light goes out,
a Tree of Life the size of a VHS tape,
a woman with a bucket to pour water —
above the water, flying almost, the fish dead,
across the dead flame,
across the fire, one walks determined —

again, I can show you again,
an altar, an icon, the god with an indeterminate number —
an egg, the surface broken, tectonic plates, fragments —
an open palm full of flame, flame —
as emblem,
as if about to speak,
as if in sleep, the stem of flower threaded —
at the subway tunnel entrance —
below the fish, a path, a logging trail, a road, a seam like a scar,
beneath the water,
brushing the ceiling,

carrying bellies of flame, distended and hot,
carrying mouths of flame,
cars going by on the road,
chewing like thunder, wind like distant traffic, chewing—
coming forward, with wings,
consumed,

crossing another, my beard wagging,
down in the trees, the undergrowth, the fish,
each eye large as the brain,
flies bustle in and out—
flies rub their forelegs together like cartoon villains,
folly, the American West as stillness,

how that animal moved, I can rewind the footage, I can show you

I can rewind the footage, I can show you again —
I’m grazing page after page,
I’ve forgotten where the bones are buried—
in the darkness there are more worshippers,
in trees, lake-grey and cold from this height, the serrated ridge —
into the orifice of the bank,
it takes longer than one would imagine
it turns and looks at you,
it turns and pins you with its eyes

left like an offering for the air, the wind coming for it —
lightning like water shaken from a sheet drying in the wind,
like a drumbeat,
like a heartbeat, the fish rising
like a lion’s claw, the shrine, the idol, the audience gathered
like a penitent, like a man stooping,
like an angry cat, a dog barking, a bird’s call
like hair, claustrophobic, rocking periodically, a seam —
like interest rates, a neck that turns and turns,
like pushpins on corkboard, a gash of red earth, something dark —
like the sound of swallowing gin, a page turning
like thunder,
men carrying pots of flame,
men in trance, faces pained, hands together —

miniature pomegranates split, viscera, lobes of the brain,
moving across the landscape,
my great shaggy heart, one dark body —
nesting bird, perching bird, wading bird, migratory bird,
no, not a vulture, a stork,
no, the legs of a dog, its mouth,
nose nosing the grass
of a smoking valley, a dog barking —

of arms, a great heart like flame,
of exposed flesh while the flies continue their grousing,
of grass, the world wavers in wide —
of its tiny wings like thunder,
of jaw left behind, the bones now fading entirely,
of mountains,
of shell, hard but gauzy in the lamplight, pulsing —
of the coffee mug like the dark side of the moon, the surface —
of the priest who pierces the worshipper’s flesh, a flower like a flame,
of the weeping nose like commuters,
of water, a Tree of Life seen through a glass of water,

on his tongue, in his open mouth, and swallows,
on the end of the spike, the eyes closed,
on the feet of the worshippers —
one man carries a child across the flame,
one man kneels before the fire,
open, teeth and eyes bright, the leashes, teeth flash —
running through the fingers, the living flame
seen through a hole in a dollar bill, the hand refracted,
segments of a brain, stimulus and response, an egg, a stone,
silence, what we mistake —

smooth, unmarked by debris,
splitting, pulsing with breath, a car passing, the body —
stretch themselves, the hair golden, the feathers,
strobe of its body, wedding, lighting the exposed heart,
struggling to right itself, feet big as its head,
succumbing to its own death,
than could be thought, leaving behind a trail of slime
that draws the vulture to the crumpled sheep,
the albumen, the sac, the feathers fine —
the American West as arthritis of national nostalgia,
the bankers like flies marching,
the birds follow, the birds follow,
the body in darkness, the lamp a reminder,
the body out of focus,
the body reflected in the faucet’s chrome, the drip —
the body seen in a polished bowl, a bowl full,

the call of a bird like tennis shoes on a hospital floor,
the call of a crow, then darkness,
the camera reflected in the deepness of its eye,
the city streets in sequence, fire and more fire, the beat,
the coals, the distended air, a rake —
the country out of focus,
the deer looks around, looks into the camera, a dark scar —
the drums give way to water
the elephant in the room, literally, its great head —

the eye closes like a drawstring bag holding a single large marble,
the eye focuses over great distance, the sense of smell,
the eye that sees the ghosts of herds, the eye that sees beyond
the eye, the breath, a car’s engine rumbling,

the face reflected in the knife, the bread rebounds,
the face serene, the long necklaces of beads, the tender hands,
the feathered flesh of fish, the tent of bones,
the fire out of focus, the grass out of focus,
the first make a path—

the labored breath, the silt, the gill parasites, golden iris, golden scale, a spoon —
the lamplight creating the universe one open page and pair of hands at a time,
the landscape now far below, the mountains dusted,

the logs lean against each other like refugees,
the men dance in trance, eyes closed,
the owl and his ghoulish face, the beating heart,
the permanent Darwinian frowns of fish, always looking —

the polished horn, the eye dark as the national soul,
the red of flame turns the tape green, a green —

the scratching pen like flies buzzing,
the smoke a kind of light, a receptacle of light like the jar,
the sound distended, run backward, high-pitched —
the sound of chewing bread, the knife and fork inside the fish’s body,
the teeth out of focus, the golden boat out of focus,
the tilted lake,
the tripod, the pale hands adjusting a white shirt —
the trunk of an elephant from the darkness takes the cup,
the turn of a page like lightning,
the voices of worshippers underwater, wavering, distended,
the water in the distance, an ocean, a wide river,
the wind a question, the wind an answer, the wind —

then another bird, dipping its face into the flame
then descent, the trees rising, brushing the fish,
then moves along,
there is nothing one can do about rain, or lack of rain,

they almost dance
threading spikes through the skin, at the ears and eyebrows and lips,
through one cheek and then the other, the needle point like flame,
through the embers that the others follow,
through the trees,
thunder like a cassette tape being inserted,

to carry your home on your back, to carry —
to exist, the dark side —
to leave the bones, the serrated ridge of spine and rib,
to tie his shoes, like a massive beast
to watch, a rectangle of grey ash, a ghost of fire —

trees the size of quarters, a place without light, the sun,
tweezers and an empty glass, a dog barking, some pearls,
two men hold him like a bucking horse, until he is still, taut,

unfurls, the black eyes stare up at nothing, the exhausted claws,
utensil on plate, breath, wet, cave-like sound of the palate, gullet,
wailing of an eastern flute, a procession of fires,
watching a bird
watching a man,

when I walk away from the lamplight, I cease —

wind like a cassette on rewind,
wind, the body seen in spilled water, the face,
with a spike,
with men walking across it, men with sticks
with their heads on fire,
with their whispered chatter,
your country on your back, antennae erect, moving faster,
zeroing in—

NICK LANTZ is the author of the poetry collections We Don’t Know We Don’t Know (Graywolf Press, 2010), The Lightning That Strikes the Neighbors’ House (University of Wisconsin Press, 2010), and How to Dance as the Roof Caves In (Graywolf Press, 2014). Nick earned his MFA at the University of Wisconsin-Madison. His work has appeared in Mid-American Review, Prairie Schooner, Gulf Coast, Indiana Review, Poetry Daily, Blackbird, jubilat, and FIELD, and has been featured on the nationally syndicated radio program The Writer’s Almanac with Garrison Keillor. He has taught creative writing at the University of Wisconsin, Gettysburg College, Franklin & Marshall College, the Tinker Mountain Writers’ Workshop, and Queens University’s Low-Residency MFA. He currently teaches in the MFA Program at Sam Houston State University and lives in Huntsville, Texas.