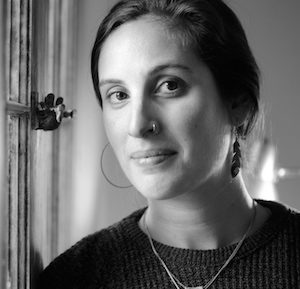 Flying into Denver was the worst.

It was that window of time during descent: when all the passengers shimmied themselves awake and rubbed their eyes and the pressure shifts made infants scream and everyone craned their necks west to glance the mountaintops.

Cathy wasn’t from anywhere, she loved to tell people, as military children do like some badge of resilience or pride. But she’d spent her first years as a flight attendant in Denver and she knew that airport. She knew it. And she wasn’t going to let any passenger get off any of her flights without knowing it, too.

“Back when I started out you had to turn left out of gate 24, and walk all of the way to the end of Terminal B before you turned right and then kept walking all the way to the A terminal and then to the Main Terminal to get to Baggage Claim. Now,when you get off the plane, you’ll walk through the jetway, and I want you to make sure to put your jacket on because those jetways are not heated and it is chilly. So if you have children, you’ll want to make sure they have their coats on as well…”

I tested out various strategies for blocking her out: Books. Meditation. Sometimes I even tried putting myself inside Cathy’s mind, making up excuses for why she talked like this; I fantasized she played a game with herself to see how many words she could fit into each flight. Sometimes I made mental lists of all the other people in the world for whom I could find compassion; my mother always gave me pause.

My mother used to bang her fists on the door to wake me and my sister up in the morning. I think she thought it was funny, like a drumroll, but to me it always felt like beginning the day with thoughts of violence. Some mornings she was chipper and bright, others taciturn and cold. My sister and I would exchange glances across bowls of watery oatmeal, just to remind each other we weren’t alone.

My mother was late to my sister’s funeral. I missed the first five minutes of what the minister said because I was darting my eyes around the room, waiting. I realized then how many women can pass for my mother, and how I spent so much of my life feeling the exact, acute panic I felt in that moment.

I started working with Cathy my second year flying.

“Hi, sweetie,” she said to me, and I knew she was going to test my patience. I thought she overdid it a bit during the safety demonstration, but already I’d come across the type who liked to milk that moment all they could for the sound of their own voice. It was a flight to Seattle. She’d lived there too, I guess.

“Have you spent much time in this city, dear?” She brought her face so close to mine as she spoke I wondered if she thought I was either deaf or mute. We were in the front of the plane.

Before I could answer she kept talking.

“I spent my junior and senior years of high school here,” she said. “You know, a pretty formative time.”

Once when we were eight my sister and I tried to play an April Fool’s trick on our mother. We played dead.

She knocked on our door like always but instead of slowly rousing we just lie there in our beds. She kept pounding and I kept getting angry with her—why didn’t she just come in? It must have been half an hour it took her to open the door but I swear it felt like years. I wondered if she’d just given up on us, like she was just gonna leave without even making sure her own daughters were alright.

Eventually she threw open the door. We didn’t move, just lie there frozen. And then she screamed so loud that neither of us could stand it and both of us, at the exact same moment, shot up and told her we were fine, it was just a joke.

You’re probably thinking that Cathy reminded me of my mother: that’s why she bothered me, and that’s why I’m telling you all this. I’ve wondered that, too, of course. We want to make those connections: it numbs the pain to put all our problems together in order where one thing causes another. I’ve always wondered why that is. Maybe it drains the power out of something when you think of it like a plot in a story instead of a pain in your life. But it isn’t always so easy.

The last time I flew into Denver with Cathy I swore I was going to stop her. That I was going to yank the receiver right out of her hand and tell her to stop: no one needed her to tell them to put on their kids seatbelts, no one needed to hear her tell the exact layout of the Denver airport and how its changed in the last twenty years.

“Now, when you exit the plane…”

Do you think I could do it? Would you do it? What would you do?

I squeezed my knees together and held my book in my lap and thought of my mother in this snug turquoise dress that she bought in her twenties and still wears even though it doesn’t fit her anymore. I thought of her in that dress, thinking she looked just fine, and I began to laugh out loud so hard I couldn’t stop. I was still laughing when the plane hit the ground.

ELIZABETH TANNEN is a Minneapolis-based writer. She blogs at Dating in the Odyssey Years, which is no longer about dating. Her work has appeared or is forthcoming on The Rumpus, Salon, NPR, The Huffington Post, and The Morning News. She teaches with the Minnesota Prison Writing Workshop and the Loft Literary Center, and is currently a Fellow at the Wurlitzer Foundation in Taos.

Essay in The Rumpus
Essay in Salon
Author’s Blog: Dating in the Odyssey Years