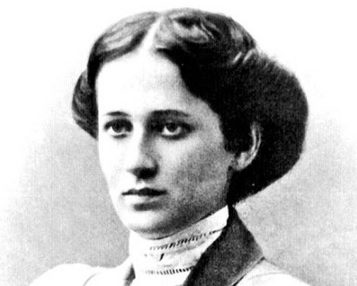 — Translated from the Russian by Katie Farris and Ilya Kaminsky

These poems originally appeared in the July 2012 issue of B O D Y.

From “WILD HONEY IS A SMELL OF FREEDOM”

Wild honey has a scent – of freedom
Dust – a scent of sunshine
And a girl’s mouth – of violets.

blood smells only of blood.

He hated children crying,
And raspberry jam with tea,
and women’s hysterics.

… and he had married me.

As for memories, they have three parts—
the first is only yesterday
when laughter is still heard, but our cheeks
are wet— this part doesn’t last long. Already
a different sun is over us; not far
is an empty house,  walls are frozen in March and in August humid,
where spiders are dust and chairs are dust and doors,
photographs are transformed
into photographs, and people come to this house as to a cemetery,
and, back at home, they wash their hands, breathing,
not breathing. But the clock ticks, April
becomes April, the sky is sky,
cities change to cities, witnesses die,
there is no neighbor to cry with, no face to spit at.
And the our dead slowly walk from us,
to our dead. Their
return to us would be terrifying.
We find we have forgotten
even the highway number that led to the lonely house,
and, choked with shame or anger, jump in the car and drive to it,
but all (as in our sleep) is different:
neighbors, chairs, walls, and no one sees us —
we’re foreigners. We got off on the wrong highway exit
and now we stand here
and we realize that we could not contain
this past in our lungs, our hands,
it has become almost as foreign to us
as a deaf neighbor in the next apartment is foreign.
And yes, we would not recognize
our own dead husbands, mothers, wives, children; and those
whom God separated from us, got on
splendidly without us —  all is for the better…

ANNA AKHMATOVA (1889-1966) is a Russian poet and essayist who wrote 14 books of poetry during her life. She is considered one of the most influential and important poets of the modernist canon. Learn more about Akhmatova at the Poetry Foundation and Poets.org.

ILYA KAMINSKY is was born in Odessa, former Soviet Union in 1977, and arrived to the United States in 1993, when his family was granted asylum by the American government. He is the author of Dancing In Odessa (Tupelo Press, 2004) which won the Whiting Writer’s Award, the American Academy of Arts and Letters’ Metcalf Award, the Dorset Prize, the Ruth Lilly Fellowship given annually by Poetry magazine. Dancing In Odessa was also named Best Poetry Book of the Year 2004 by ForeWord Magazine. In 2008, Kaminsky was awarded Lannan Foundation’s Literary Fellowship.