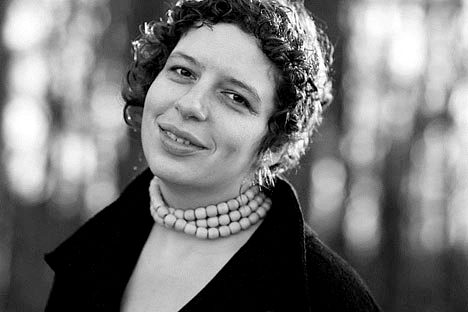 MANUSCRIPT FOUND BY NATASHA ROSTOVA DURING THE FIRE

— Translated from the Russian by Ilya Kaminsky

I will try to live on earth without you.

I will try to live on earth without you.

I will become any object,
I don’t care what—
I will be this speeding train.
This smoke
or a beautiful gay man laughing in the front seat.

A human body is defenseless
on earth.

It’s a piece of fire-wood.
Ocean water hits it.
Lenin puts it on his official shoulder.

I will be an eyelash.
A sponge washing your neck-hairs.
Or a verb, an adjective, I will become. Such a word

slightly lights your cheek.
What happened? Nothing.
Something visited? Nothing.

What was there you cannot whisper.
No smoke without fire, they whisper.
I will be a handful of smoke
over this lost city of Moscow.

I will console any man,
I will sleep with any man,
under the army’s traveling horse carriages.

POLINA BARSKOVA is one of the most accomplished and daring of the Russian poets of her generation. Born in 1976 in Leningrad — now called St. Petersburg, as before — she began publishing poems in journals at age nine and released the first of her six books as a teenager. She came to the United States at the age of twenty to pursue a Ph.D. at the University of California, Berkeley, having already earned a graduate degree in classical literature at the state university in St. Petersburg. Barskova now lives in Massachusetts and teaches at Hampshire College. A collection of her poetry This Lamentable City, is available from Tupelo Press.