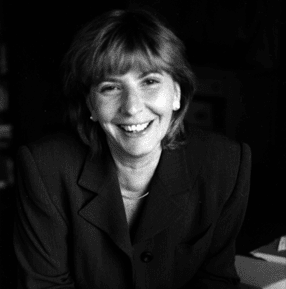 T he first word that comes to mind reading Jan Heller Levi’s newest book is brave, or rather bravest. Her unwavering investigation of love and the body is unlike anything I’ve seen before. She zooms in close on subjects we usually keep hazily out of focus when looking at the body—disability, childlessness—and searches for another kind of story to include them. But halfway through, in her “Three songs”, Levi lets me know brave is the wrong word:

I met a woman in the park downtown.
She was watching her kids on a merry-go-round.
The five-year-old autistic, the three-year-old, Down’s.
Those sweet kids went round and round.

Wear me down, world, with your loveliness rant.
Light keeps breaking on the grass.

You’re so brave, I went up and said.
I’m not brave, I just love them, she said.

These songs call John Berryman’s Dream Song music to my ear. In the line “I’m not brave, I just love them, she said”, I hear a kind of response to Berryman’s “Women is better, braver”. In this poem, any such comparison misses the point about what love is.

The first section of Orphan dives into the details of the speaker’s intimate life with an unnamed “adventurer”, her wheelchair-bound partner. She chronicles with care the necessary equipment, the little indignities that come up in private life, in public life, and she interrogates others’ reaction to their love. So, it’s generous of Levi to spare us the embarrassment of calling her brave—by having the speaker make the same mistake with someone else. “You’re so brave”, she says here in a flipped situation, commenting on another’s perceived misfortunes. The mother’s response corrects the reader’s assumptions as well.

In Orphan, Levi continues her examination of the personal from her earlier collections, Once I Gazed at You in Wonder, the 1998 Winner of the Walt Whitman Award, and Skyspeak (2005) but here she involves the reader differently. The reader is implicated. For example, in these lines from “Unlucky”:

when he gets stuck
who will we call for help? the police?

imagine.     no, don’t.   i don’t want you imagining
the adventurer naked, his ass

trapped in the gap between mattress
and invacare home-hygiene porto-care, model T-101

Between her unflinching presentation of the challenges of everyday life with a disabled partner and telling the reader not to picture it, Levi makes the reader aware of the limits of empathetic imagination, and it’s startling. The epigraph for “Unlucky” traces the title to descriptions of “unlucky” or “awkward” flowers or plants, that persevere nevertheless. In this context, the poem leaves us in a sudden, harrowing freefall: “science is getting closer to a cure so people/with his defective gene won’t be born”.

There’s a problem with comparison in these poems—comparing anyone’s life to anyone else’s. In “Genre”, the adventurer and the speaker are told “this isn’t about you” when they watch sad movies about people who are suddenly wheelchair-bound and lose the will to live. In “Because we like the maps”, Levi writes, “Maybe our kiss is a gentle/fuck you to anyone who’s watching/who thinks our life is less than theirs”.

This tension between the urge to show, to explain love and the urge to protect it from scrutiny, pity, or misunderstanding drives the first section of the book, leading to the final poem, “What Love Is”, which begins:

To forsake all others.
To float the beloved on your back
from flood to land, to wrench bread
from the beggar’s hand, snatch
the oxygen mask from a child’s face.

The speaker protects the love of one’s own in these poems with territorial fierceness. In the earlier poems in the book, this is connected to stories, to the particular circumstances of the speaker’s life. But as the book continues, she moves to territories of language itself.

Levi’s six “Praise poems” take the most commonly used words in the works of six poets, including Levi herself. In the notes, Levi explains that google provided the lists of common words, and she manipulated them as little as possible. The results are striking—each woman’s sound, each woman’s little language obsessions, are distilled for us. And there are chimes ringing between them all—the words they have in common and pull from each other. June Jordan, Muriel Rukeyser, Jane Cooper, Edith Sitwell, Emily Dickinson, and Jan Heller Levi seem to be speaking directly to each other, using their own words, until the end of Levi’s praise poem for herself: “shhh”.

The final sequence of poems, “lo yang” most explicitly walks the line between saying and not saying: “where is lo yang     where what can never be written/is written”. The spare, meditative language feels like a departure at the end of the book, but also echoes back to an earlier poem, “another inventory”, which begins “there is always more to give up”. By the end of the book, this line feels like an instruction for reading.

At first glance, Orphan is made up wildly disparate parts—part personal narrative, part allegory, part song — but together they describe a journey. What the speaker fiercely claims as her own in these poems—love, pain, origin, and even language—she is also giving up. Though her ear is trained to many kinds of music in this book, Levi’s precision of language remains constant—in moments so direct it is almost cruel, in other moments tender or playful. Her attention to sound not only in what’s said, but in what’s unsaid (or almost said), is particularly arresting: the father “unraveled like god”, the “disintricated woods”. The speaker is naming and erasing at the same time in her urge to get somewhere underneath it all, to something essential and shared: